Migrant deaths at sea more than double in 2021, UN says 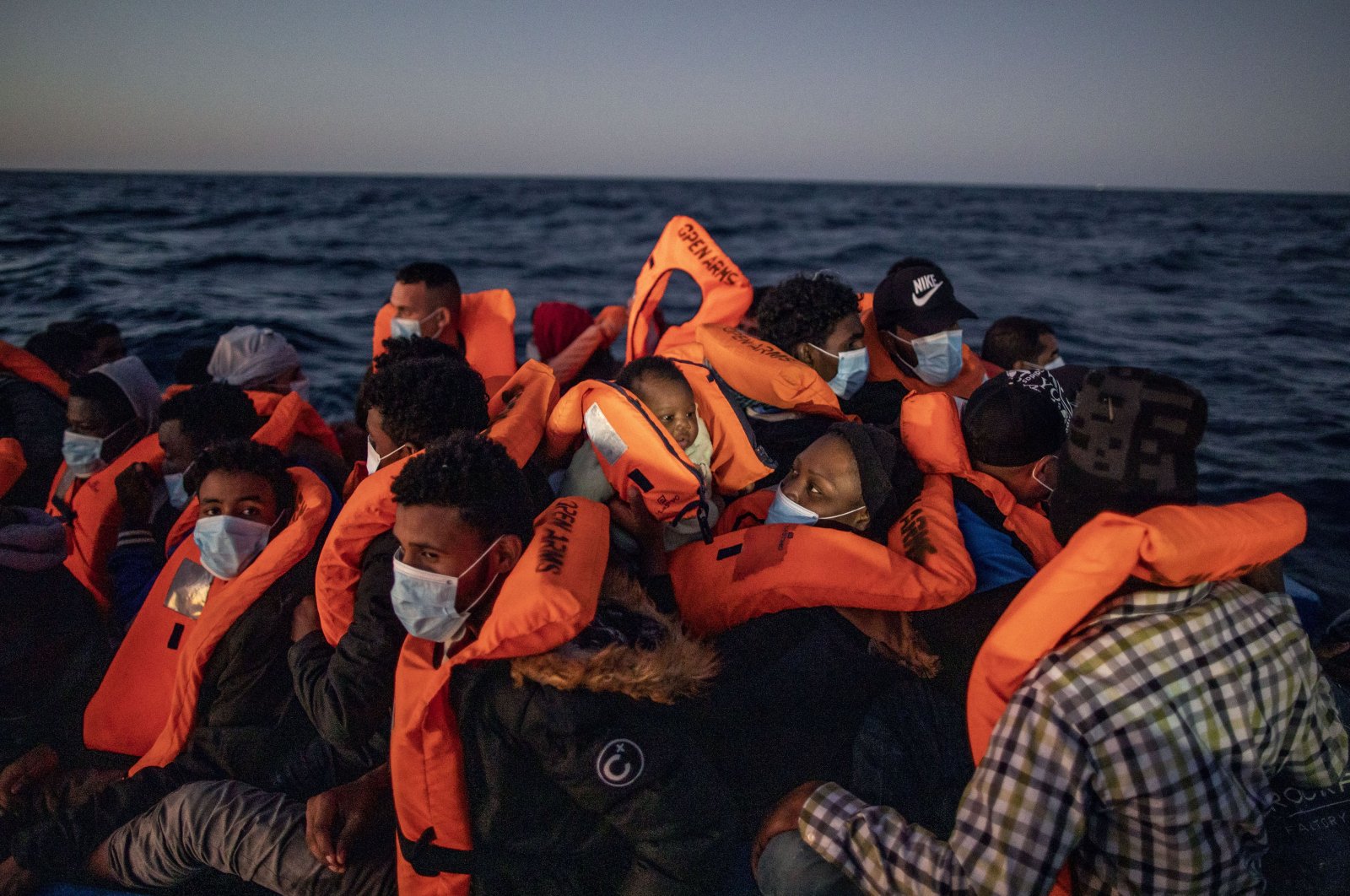 A woman holds a 3-month-old baby as migrants and refugees of different African nationalities wait for assistance on an overcrowded rubber boat from aid workers of the Spanish NGO Open Arms, 122 miles (around 196 kilometers) off the Libyan coast, Feb 12, 2021. (AP Photo)
by ASSOCIATED PRESS Jul 14, 2021 2:23 pm
RECOMMENDED

The number of migrants and refugees who died this year while attempting to reach Europe through dangerous sea crossings is more than doubled that of the first six months of 2020, the U.N. migration agency said Wednesday in a new report.

At least 1,146 people perished between January and June, according to the International Organization for Migration (IOM). The number of people attempting to cross the Mediterranean to Europe increased by 58%, the IOM's report said.

The Central Mediterranean route between Libya and Italy was the deadliest, claiming 741 lives. Next was the stretch of the Atlantic Ocean between West Africa and Spain’s Canary Islands, where at least 250 people died, the agency said.

Human rights organizations have warned that the absence of government search and rescue vessels, particularly in the Central Mediterranean, would make migrant crossings more dangerous, as European governments increasingly rely on and support North African countries with fewer resources to handle search and rescue operations.

Tunisia increased such operations by 90% in the first six months of 2021. Libyan authorities intercepted and returned more than 15,000 men, women and children to the war-torn country, three times more people than in the same period last year, the IOM report said.

While many factors contributed to this year's higher death toll, including an increase in the number of flimsy boats attempting sea crossings, "the absence of proactive, European, state-led search and rescue operations in international waters combined with restrictions on NGOs” was among the main factors, IOM spokesperson Safa Msehli said.

"These people cannot be abandoned in such a dangerous journey,” Msehli told The Associated Press (AP).

Italy detained nine NGO-operated ships so far this year, according to Matteo Villa, a research fellow for the independent think thank ISPI, who tracks data and statistics on migration.

Mediterranean countries such as Italy, Malta, Spain and Greece have repeatedly asked other European countries for help caring for the people who are rescued and brought to their shores.

Last year, when pandemic restrictions made it hard to move between countries, the number of refugees and migrants arriving in Europe by sea dropped to its lowest level since 2015.

That year, a million reached Europe, many of them refugees fleeing the war in Syria. The deadliest shipwreck so far this year took place April 22 off Libya, when 130 people drowned despite sending multiple distress calls.

The EU-trained and equipped Libyan Coast guard was criticized after video emerged showing one of its vessels chasing and firing warning shots at a migrant boat on June 30.

Libyan authorities acknowledged the coast guard vessel’s actions endangered the lives of migrants and vowed to hold those responsible to account. In recent years, human rights groups have reported the mistreatment, torture and abuse of migrants and refugees after they are intercepted by the Libyan Coast guard and placed in dreadful detention centers.