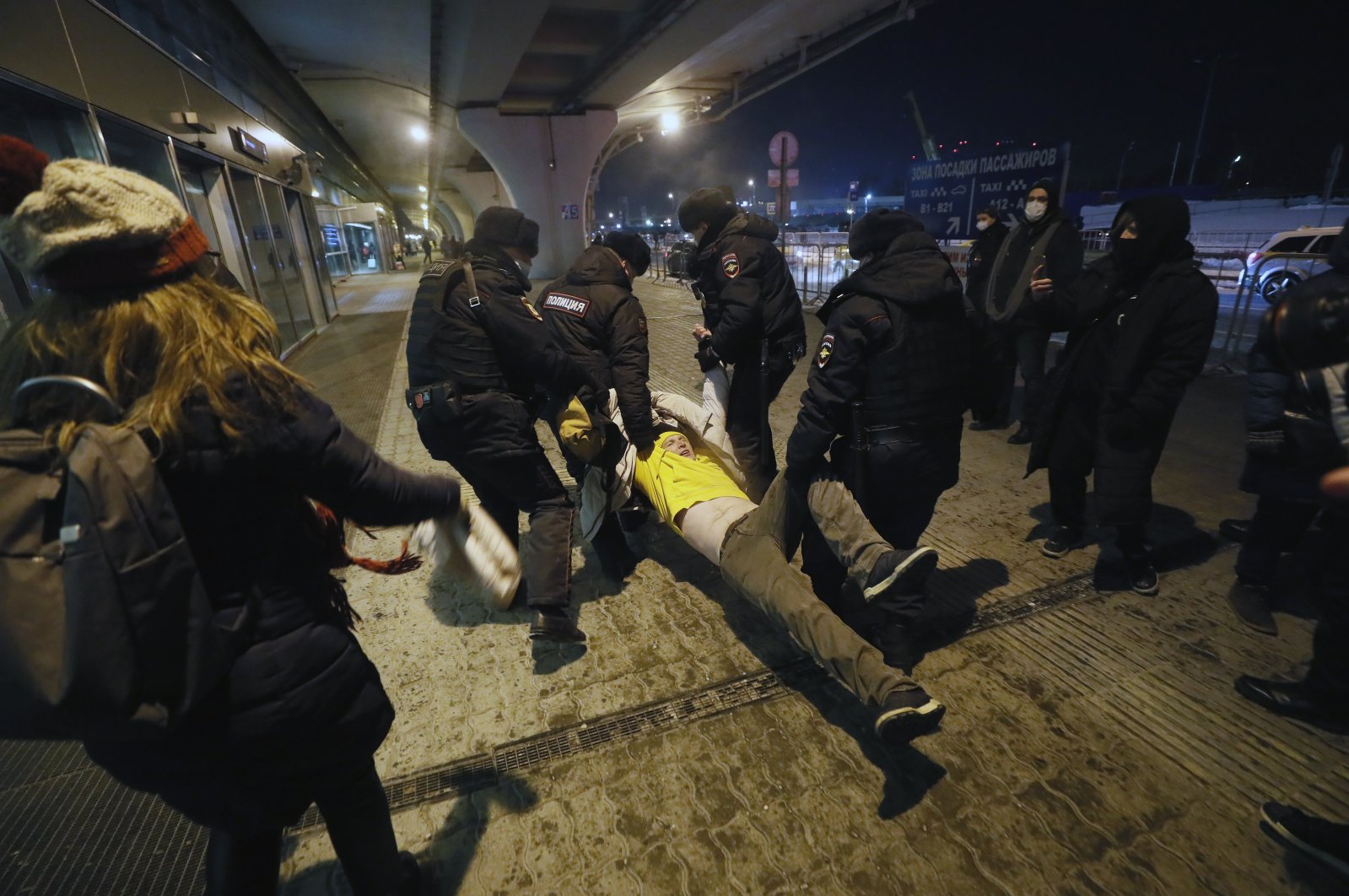 Police officers detain a supporter of Russian opposition leader Alexei Navalny, who was poisoned with a nerve agent from the Novichok group, at the Vnukovo International Airport in Moscow, Russia, January 17, 2021.
by French Press Agency - AFP Oct 30, 2021 3:01 pm
RECOMMENDED

An Austrian diplomat is in trouble after leaking confidential documents related to the 2018 Novichok poisoning of a former Russian double agent in England, according to Austrian media on Saturday.

Johannes Peterlik was removed as Austrian ambassador to Indonesia in mid-October and a "judicial procedure" was opened against him, the Austrian foreign ministry told Agence France-Presse (AFP).

The ministry provided no further details. Peterlik was previously the highest ranking civil servant at the ministry from 2018 to 2020.

But newspapers Die Presse and Der Standard said he is suspected of giving classified documents in 2018 to a former Austrian secret agent accused of spying for Russia, citing a court document.

Ties between the Russian intelligence community and Austria are nothing new, especially in Vienna's rarefied diplomatic circles.

Investigators reportedly have a video of the former spy for Austria's domestic intelligence agency BVT with the files in question. The former spy was in regular contact with Peterlik, whose telephone and computer were seized in early September.

Austrian authorities received documents from the Organisation for the Prohibition of Chemical Weapons (OPCW), which is based in The Hague. Peterlik had asked to consult the documents.

The documents reportedly contain information on the recipe of Novichok, a nerve agent developed in Soviet times, and about the poisoning of former Russian double agent Sergei Skripal in March 2018 in the English cathedral city of Salisbury. A Novichok-type nerve agent was also found in Alexei Navalny's blood samples, highlighting the perennial use of poison in espionage.

The case stems from investigations into massive fraud at the German company Wirecard.

Marsalek is also reported to have had internal OPCW documents about its investigation into the poisoning.

He remains on the run after failing to turn himself in to German investigators.

It is not the first scandal in recent years to taint the reputation of European Union member Austria, which is not part of NATO and close to Russia.

In June 2020, a retired member of the Austrian military was sentenced to three years in prison after being found guilty of spying for Moscow.