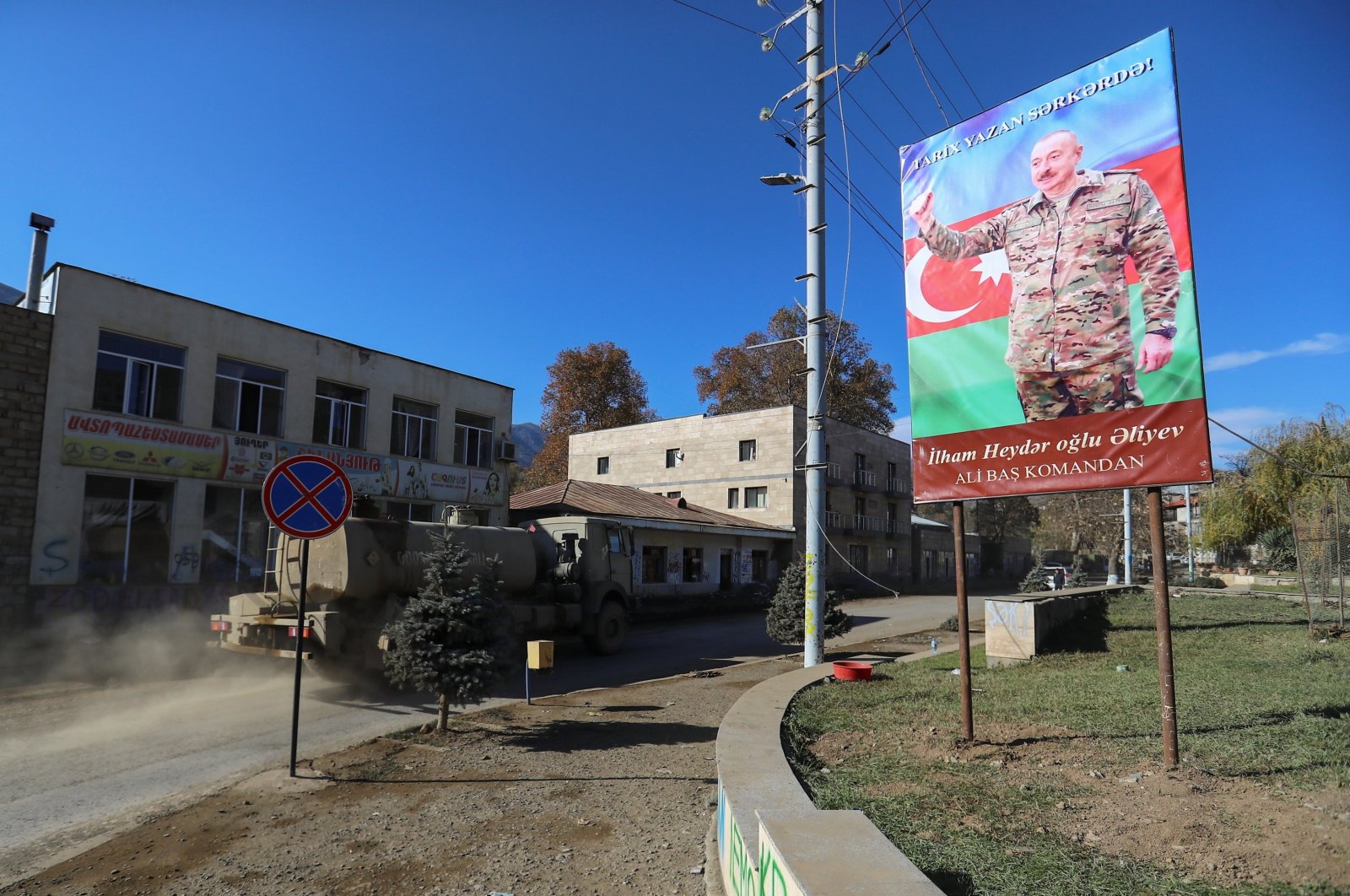 A board with an image of Azerbaijani President Ilham Aliyev is on display in Hadrut town in the region of Nagorno-Karabakh, Azerbaijan, Nov. 25, 2020. (REUTERS)
by Anadolu Agency May 20, 2021 11:40 am
RECOMMENDED

Russia said Wednesday it will continue to mediate and provide advisory assistance aimed at reaching an agreement between Azerbaijan and Armenia, as the two countries look to settle border disputes that are nearly three decades old.

Russian President Vladimir Putin discussed the situation of the Azerbaijan-Armenia border with his Azerbaijani counterpart Ilham Aliyev in a telephone conversation Wednesday.

The two leaders stressed that they are in favor of resolving issues through political and diplomatic means, the Kremlin said in a statement.

"The Russian side will continue to mediate and provide advisory assistance aimed at reaching an agreement between Azerbaijan and Armenia on launching the process of delimitation and demarcation of the state border," it said.

Armenia voiced protest after the Azerbaijani army settled in certain sites in the Lachin and Kalbajar provinces, which were liberated from the Armenian occupation last year.

Moscow said it occurred because of the absence of any border for a period of time and suggested that it would help, regarding the delimitation of the borders.

Relations between the two former Soviet republics of Armenia and Azerbaijan have been tense since 1991 when the Armenian military occupied Nagorno-Karabakh, a territory internationally recognized as part of Azerbaijan, and seven adjacent regions.

Last year, the conflict escalated again and lasted six weeks, ending up with a Russian-brokered truce.

During that time, Azerbaijan liberated several strategic cities and nearly 300 of its settlements and villages from the Armenian occupation. The two countries signed a Russian-brokered agreement Nov. 10 to end fighting and work toward a comprehensive resolution.