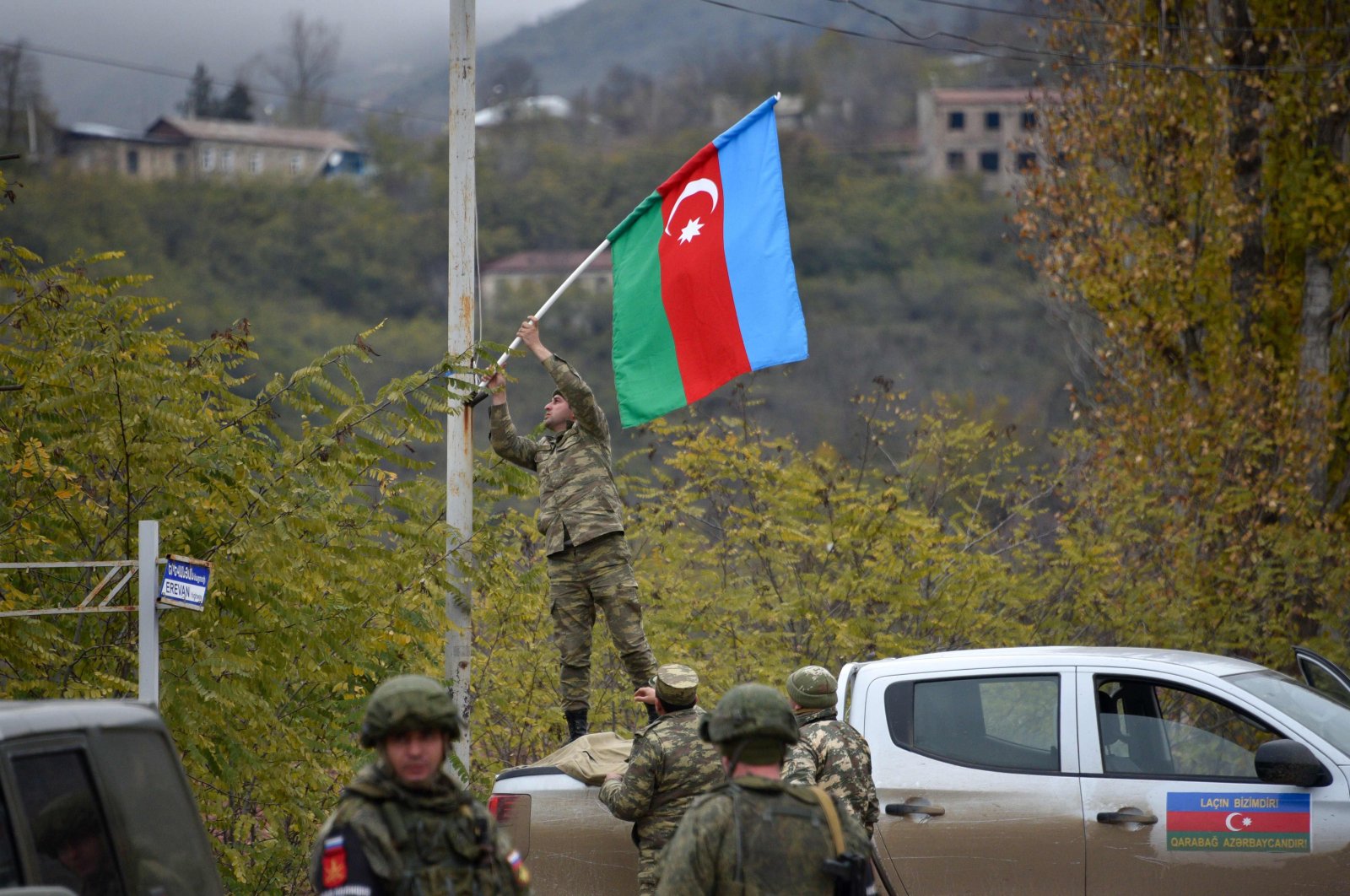 Azerbaijan on Sunday warned Armenia not to deploy new troops to its territories, while the normalization period in the Caucasus is still ongoing following the two countries' armed conflict over Armenian-occupied territories in the Nagorno-Karabakh region.

In a Foreign Ministry statement, Baku said that deploying its forces in internationally recognized territories of Azerbaijan was contradicting international law and the basic principles of international human rights.

"The illegal deployment of Armenian troops to the territory of the Republic of Azerbaijan, where Russian peacekeeping forces are currently stationed, is also a gross violation of the joint statement of the leaders of Azerbaijan, Russia and Armenia dated November 10, 2020," added the statement.

Underlining that Armenia's actions would only serve to aggravate the already delicate situation in the region, the ministry demanded Yerevan put an end to the illegal deployment on Azerbaijani soil.

"Azerbaijan also calls on the international community to take the necessary measures to put an end to such provocative actions by Armenia. At the same time, it is important that organizations with a mandate to protect human rights strongly condemn the actions of Armenia that grossly violate the human rights and freedoms of the members of its Armed Forces," the statement added.

The ex-Soviet rivals signed a Moscow-brokered peace deal on Nov. 9, 2020, ending weeks of heavy fighting and documenting that Armenia would surrender several territories to Baku.

Following the deal, Russia deployed its troops to the region for monitoring the implementation of the deal. The one-sided and partial attitude of Russian military elements deployed in the Karabakh region in favor of the Armenian side has raised eyebrows in Azerbaijan. Russian troops sometimes exhibit a pro-Armenia attitude instead of taking the required neutral stance for the implementation of the peace agreement, Azerbaijani officials say.

Last week, Yerevan said it would welcome the expansion of a Russian military base on its territory and the redeployment of some Russian forces closer to its border with Azerbaijan.