Baltic FMs in Ukraine to offer support amid tensions with Russia 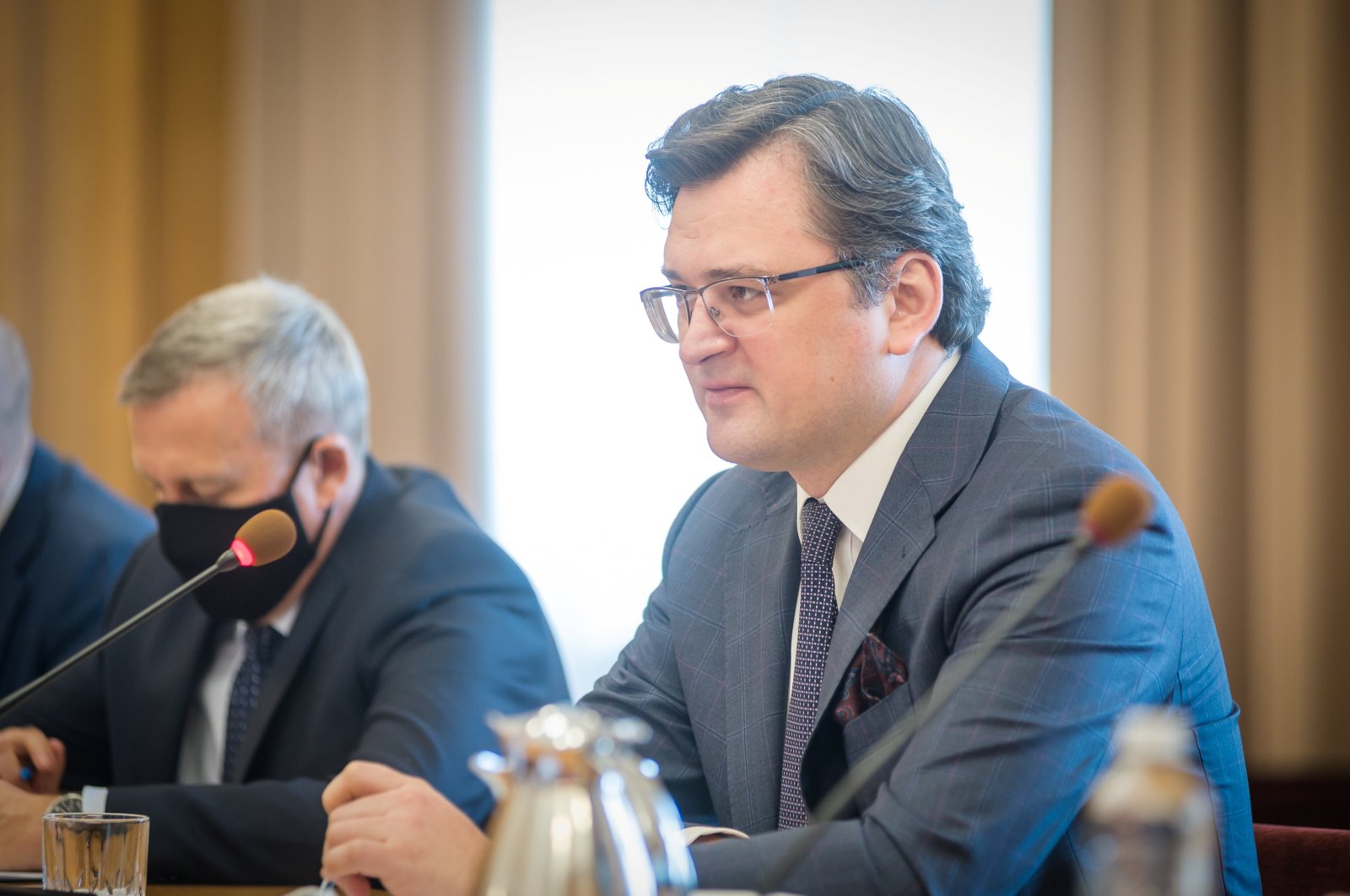 The foreign ministers from Lithuania, Latvia and Estonia visited Ukraine Thursday to express their support to Kyiv as they warned Moscow to ease tensions in the region and return to negotiations amid recent reports of Russia building up military present near borders with its neighbor.

Ukraine's Vice Prime Minister Dmytro Kuleba said it was necessary to show Russia that the escalation in the Donbass region would have "very painful" consequences. "Today, the four of us can firmly declare that we condemn the exacerbation of the situation by Russia, the actions and statements of Moscow aimed at escalating tensions," Kuleba said at a joint news conference with the Baltics ministers in Kyiv.

"The world is on the side of Ukraine and international law, and this is one of the elements of restraining Russia from reckless actions," he added, as Reuters reported.

The United States and NATO allies have been alarmed by the large buildup of Russian troops near Ukraine and in Crimea, the peninsula that Moscow annexed from Kyiv in 2014. On Wednesday, German Chancellor Angela Merkel and U.S. President Joe Biden called on Russia to pull back troops from the Ukrainian border to de-escalate the situation in the region.

Kuleba said Thursday that Russian pundits and officials were "openly threatening Ukraine with war and the destruction of Ukrainian statehood."

"We condemn Russia's aggravation of the security situation, Moscow's actions and statements aimed at escalating military tensions and undermining diplomatic efforts to resolve the Russian-Ukrainian conflict," Kuleba said. "The red line of Ukraine is the state border. If Russia crosses the red line, then it will have to suffer," he added.

Meanwhile, international observers monitoring the separatist conflict in Ukraine have documented a sharp uptick in violations of peace agreements as Western countries sound the alarm over a buildup of Russian troops on the border.

Monitors from the Organization for Security and Co-operation in Europe (OSCE) said in a statement late Wednesday that there had been a dramatic increase in recent violations that was hindering their work.

"The number of violations recorded over the past two weeks has reached its highest level this year and was three times higher than over the same period before," the OSCE said in a statement, according to remarks carried by Agence France-Presse (AFP). "The last two weeks have also seen a significant increase in restrictions and impediments to the freedom of movement" of the OSCE's special monitoring mission.

The monitoring group added that nine out of 10 of its long-range drone flights were affected by jamming.

Fighting escalated at the start of the year, with Moscow and Kyiv blaming each other for the rise in violence between government forces and separatists in eastern Ukraine. Kyiv says at least 28 Ukrainian servicepeople have been killed and 68 wounded since January.

Ukraine and its Western allies accuse Russia of sending troops and arms to prop up the separatists – claims that Moscow denies.