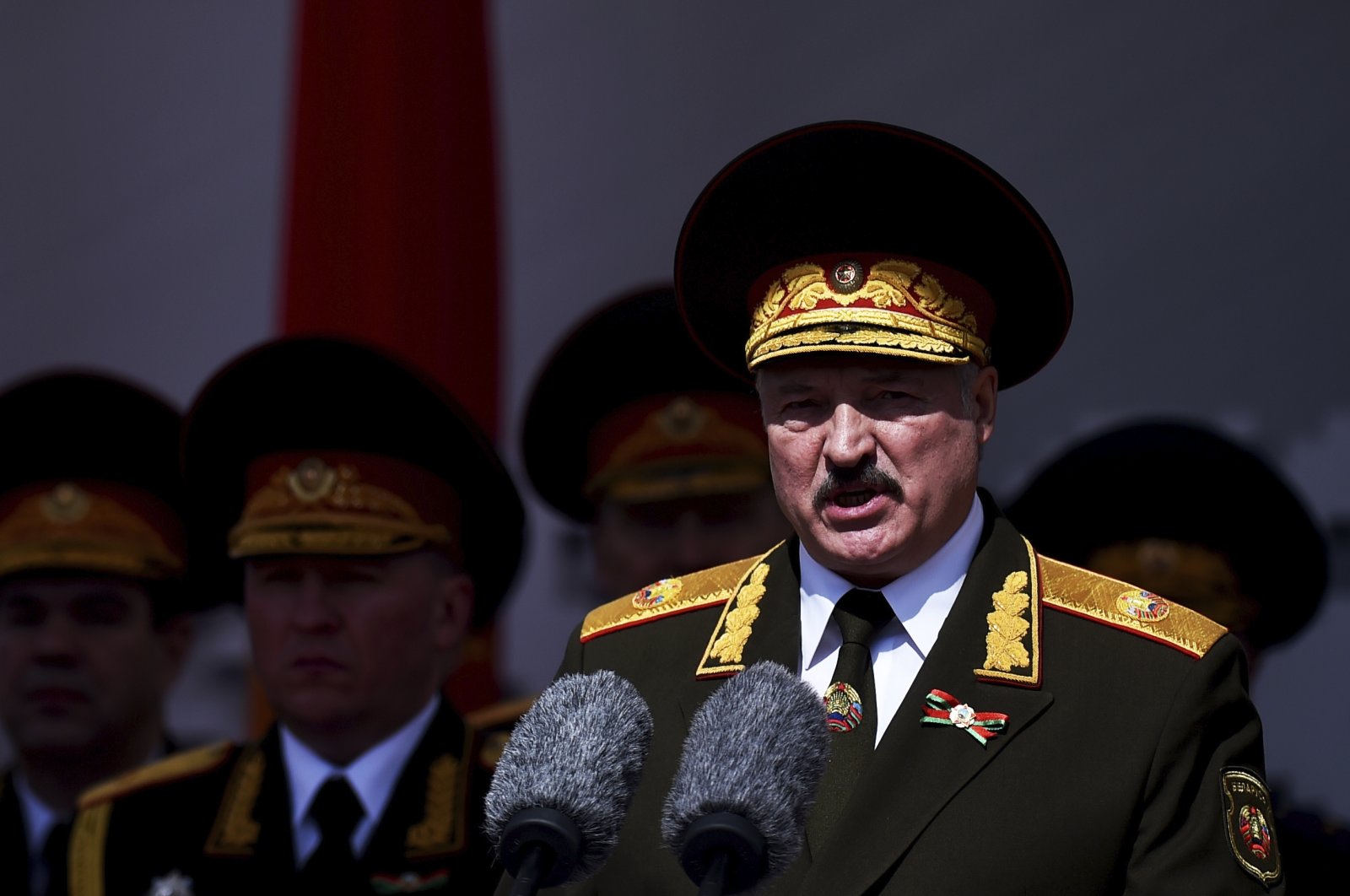 Belarusian President Alexander Lukashenko gives a speech during a military parade that marked the 75th anniversary of the allied victory over Nazi Germany, in Minsk, Belarus, May 9, 2020. (AP Photo)
by Agencies Nov 15, 2021 12:32 pm
RECOMMENDED

Belarus is working on repatriating the several thousand migrants, mostly from the Middle East, that have amassed on the country's border with EU member Poland, President Alexander Lukashenko said Monday.

"Active work is underway in this area, to convince people – please, return home. But nobody wants to go back," Lukashenko said, as quoted by state news agency Belta.

He also said that Belarus could ferry the migrants via its state-run airline Belavia to Germany if Poland does not provide a "humanitarian corridor."

"We will send them to Munich by our own planes, if necessary," Lukashenko said, according to Agence France-Presse (AFP).

Belarus's strongman leader added that the ex-Soviet country does not want the migrant crisis to escalate into a "conflict," calling it "completely detrimental for us."

Hundreds of migrants have been trying to cross from Belarus into EU member Poland for months but tensions soared last week as coordinated efforts to cross were rebuffed by Polish border guards.

Western governments accuse Lukashenko's regime of luring the migrants to his country and sending them to cross into the EU in retaliation for sanctions.

Those sanctions came in response to a crackdown on the opposition in the wake of last year's presidential elections and Lukashenko's decision to ground a Ryanair flight earlier this year over Belarus to detain an activist.

According to Reuters, the country's foreign ministry said Western allegations that Minsk had engineered the migrant crisis on its borders with the European Union were "absurd." The foreign ministry said it had tightened border controls and its state-owned airline Belavia has carried no illegal migrants, as Russian news agency RIA reported.

On Sunday, Belavia announced that Syrians, Iraqis, Yemenis and Afghans were banned from incoming flights from the United Arab Emirates at Dubai's request after Minsk was accused of bringing in migrants to send on to Europe.

In a statement to citizens of the four countries posted on its website, Belavia said they would not be allowed on flights from Dubai to Belarus "in accordance with the decision of competent authorities in the UAE."

The move came after Belavia on Friday banned Syrians, Iraqis and Yemenis from incoming flights from Turkey at Ankara's request.