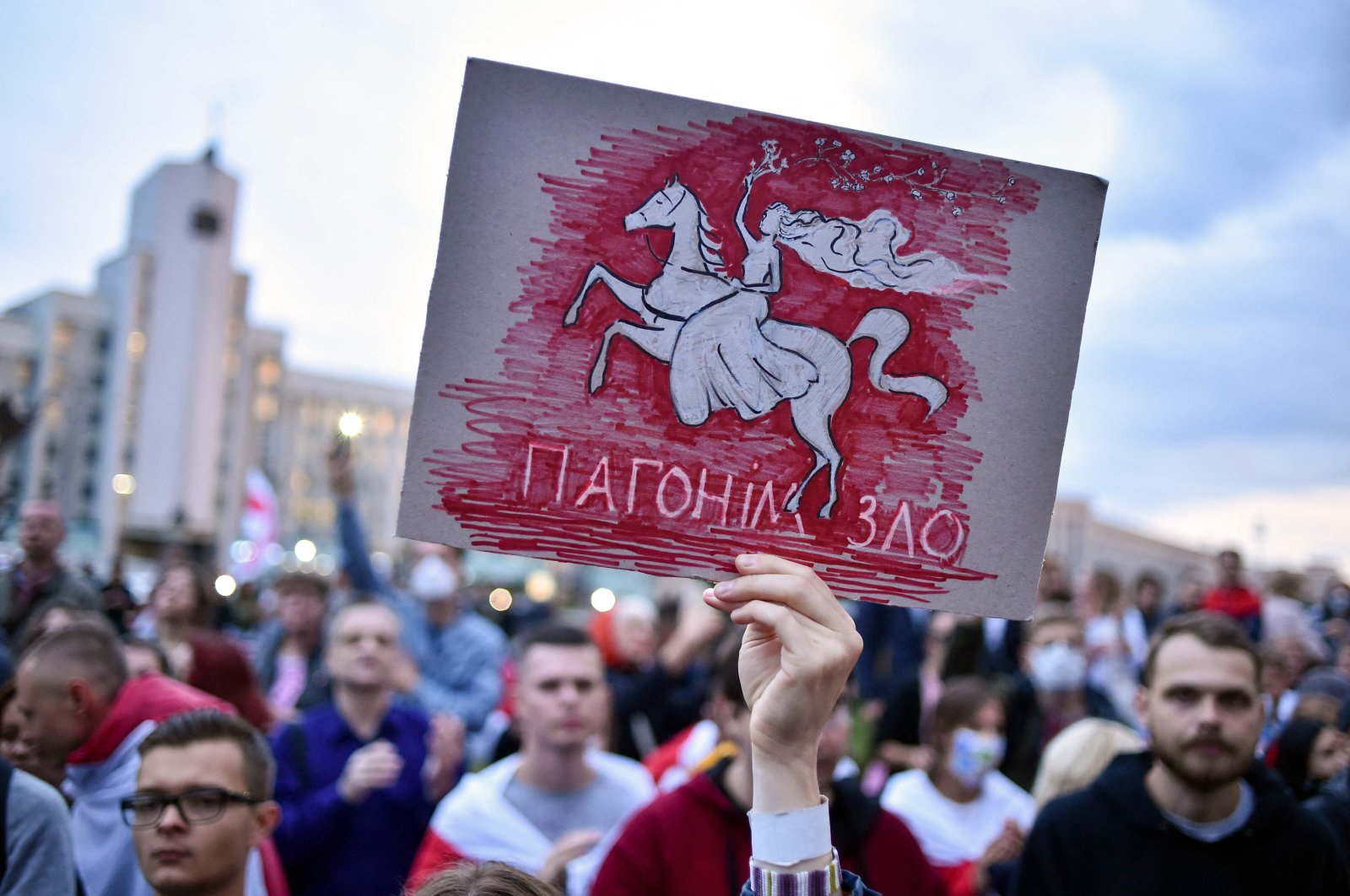 The opposition in Belarus called for fresh demonstrations Thursday to breathe life into a protest movement against strongman Alexander Lukashenko that fizzled this winter in the face of a crackdown.

Rallies erupted in the former Soviet country last August after President Lukashenko claimed a sixth term in an election result that the opposition and Western diplomats said was rigged.

Demonstrations took place weekly and lasted for months, ballooning to crowds of some 100,000 at their peak, in the country of around 10 million people.

But the movement was gradually stifled, with mass detentions that resulted in hundreds claiming torture in custody. Several protesters died during the months of unrest and convictions over violations of public order have seen more than 400 people receive lengthy jail sentences.

"The whole world believes in you," she wrote on her Telegram channel Tuesday, calling on Belarusians to "take the future" in their hands and "demonstrate this spring."

The resumption of the protests will coincide with Freedom Day in Belarus, which the opposition marks each year on the anniversary of the country's declaration of independence in 1918.

The Nexta Telegram channel, which mobilized and coordinated demonstrators over the six months of rallies, called on drivers to sound their horns and for people to set off fireworks in the evening.

Tikhanovskaya, who fled to neighboring European Union member state Lithuania as a crackdown began after the August vote, has lobbied foreign governments to support her call for new elections in Belarus.

Western governments have slapped sanctions on Lukashenko and his allies and say political novice Tikhanovskaya was the true winner of the vote.

The United Nations rights council called Wednesday on Belarus to halt its crackdown on peaceful demonstrators and urged the U.N. rights chief to probe violations related to the police crackdown.

But Lukashenko, who has ruled Belarus since 1994, has held firm.

Backed by his ally Russian President Vladimir Putin, the rest of the Belarusian president's main opponents are either imprisoned or have fled too.

In a gathering of loyal cadres earlier this year, Lukashenko said he had withstood a "color revolution" directed by the West, a reference to revolts that broke out in the early 2000s often in post-Soviet countries.

Belarus' courts meanwhile have given a string of guilty verdicts against protesters, activists and journalists charged with participating in illegal mass events, with sentences ranging up to 10 years.

In the Belarusian capital Minsk, as well as in other cities across the country, law enforcement has already said Thursday's planned rallies are illegal and protesters will face arrest.

But police are not expecting a big presence. Last week deputy Interior Minister Nikolai Karpenkov said he believed only a few dozen people would take part.

"Many people do not take risks, even if they are very keen on changes," said Alexander Klaskovsky, a Belarusian political scientist.

"They understand the price can be too high."

Nexta has also called for mass protests on Saturday too, calling it "the day we start the second wave of street protests."

"Get ready to return to your city centers," Nexta wrote.