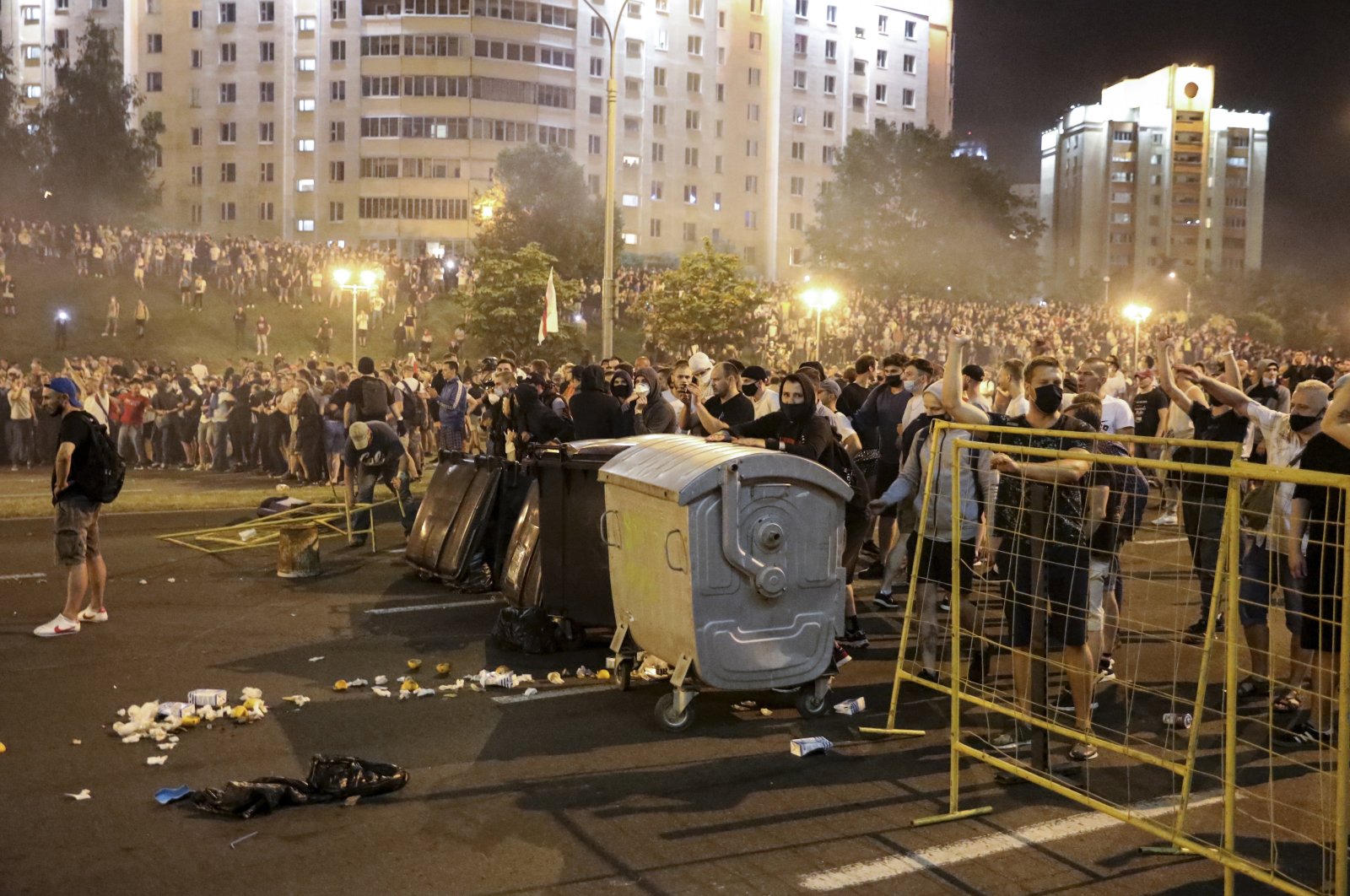 Protesters try to set up a barricade during clashes with police after the Belarusian presidential election in Minsk, Belarus, Aug. 9, 2020. (AP Photo)
by Reuters Jun 22, 2021 1:02 pm

State prosecutors in Belarus asked a court on Tuesday to hand down a 15-year jail term to a former banker who was taken into custody last year after challenging President Alexander Lukashenko in an election, the TASS news agency reported.

Viktor Babariko, the former head of Belgazprombank, is being tried on corruption charges that his team says were fabricated to prevent him from standing as a candidate in last August's presidential election.

The election that handed Lukashenko a new term as president sparked mass protests over allegations of vote rigging that the authorities denied.

The EU has a travel ban and an asset freeze in place on 88 Belarusians, including Lukashenko, and seven companies, over Minsk's crackdown on protests following a contested presidential election last year.

Also, Belarusian journalist Roman Protasevich and his girlfriend were arrested in Minsk in early June after Lukashenko forced a passenger plane to reroute and land in the Belarusian capital, which has intensified the conflict between the former Soviet republic and the West.