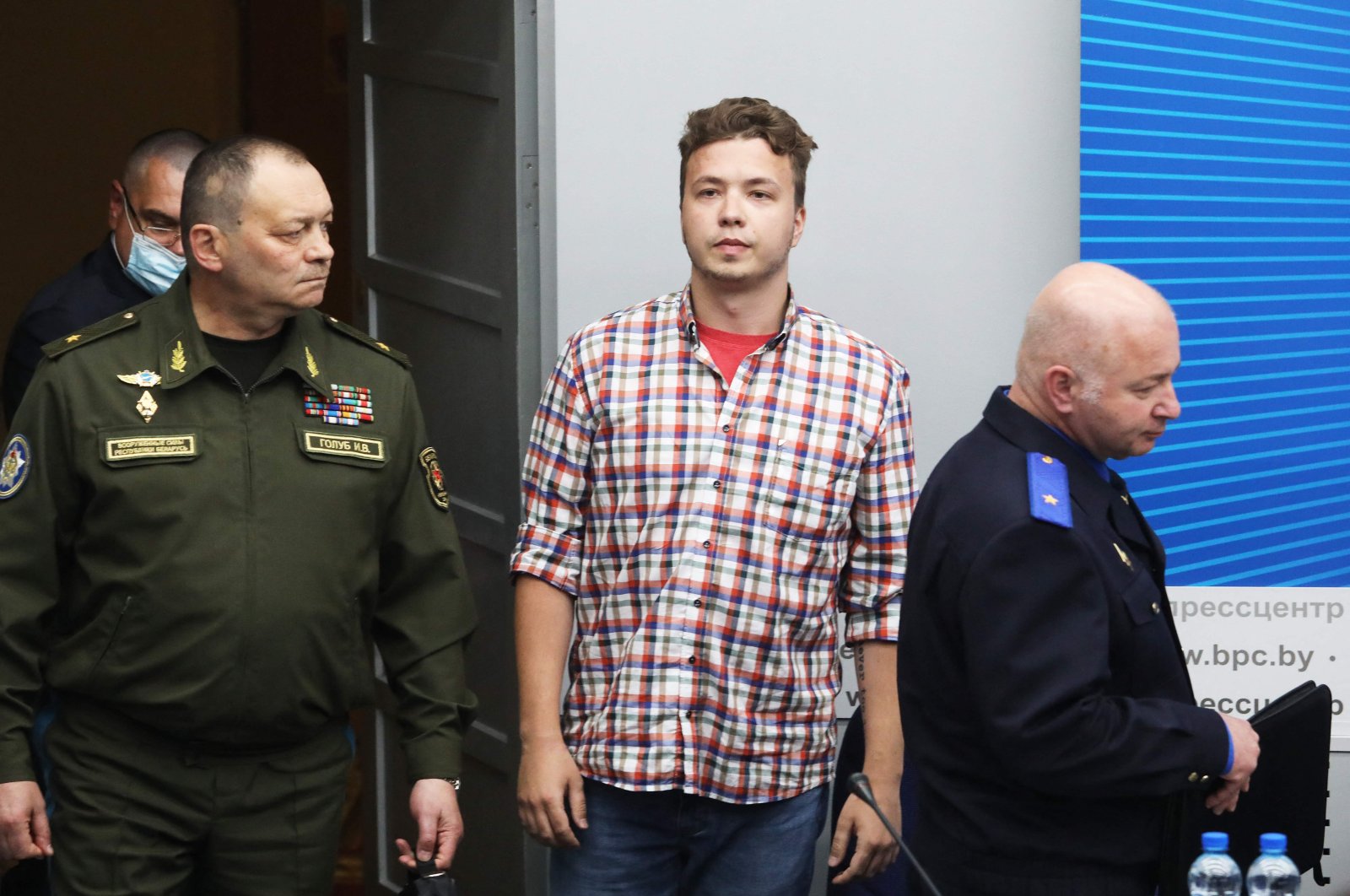 Government officials and Belarusian activist Roman Protasevich (C) enter the press center before a briefing for journalists and diplomats organized by the Ministry of Foreign Affairs of Belarus in Minsk, June 14, 2021. (Photo by STRINGER / AFP)
by REUTERS Jul 07, 2021 7:45 pm
RECOMMENDED

Belarusian dissident journalist Roman Protasevich reappeared on Twitter Wednesday as he denied allegations that he had been tortured by the authorities.

Protasevich, a critic of veteran leader Alexander Lukashenko and his crackdown on the opposition, was arrested along with his girlfriend in Minsk on May 23 after authorities intercepted their Ryanair flight from Athens to Vilnius and forced it to land in the Belarusian capital, causing international outrage.

The 26-year-old, who stands accused of organizing riots, could face up to 15 years in jail if convicted.

Protasevich, who has made several appearances on Belarusian state television since his arrest, said he was answering followers' messages himself and without supervision.

Reuters was unable to verify whether the account belonged to Protasevich or whether he was drafting his comments unassisted.

Asked by one Twitter user how he managed to remain upbeat while being subjected to torture, Protasevich denied he had been mistreated by the authorities while in custody.

"I once again repeat that there was no torture," the account said. "At least it would have been stupid to torture me when the whole world's attention was focused on the situation."

Belarusian opposition figures have accused the authorities of using video confessions that appear coerced to attempt to dissuade the population from rallying behind opponents of Lukashenko.

Western countries have condemned Lukashenko over the forced landing of the Ryanair flight and have stepped up economic sanctions against Minsk. Many European countries have imposed air space restrictions on Belarusian national airline Belavia.