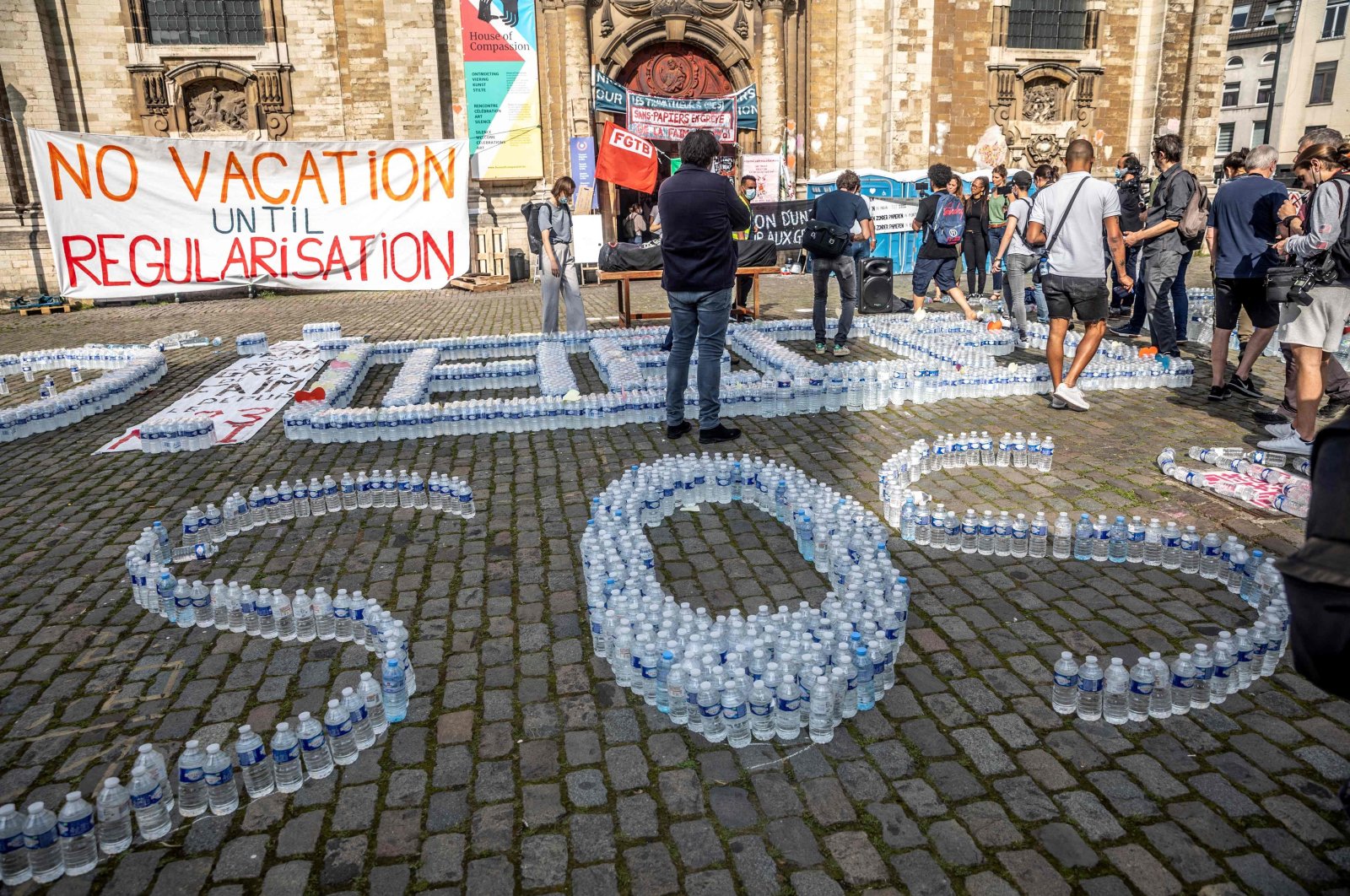 The words "help" and "SOS" are spelled with water bottles during a demonstration in front of the Saint John the Baptist at the Beguinage church, occupied by undocumented immigrants, Brussels, Belgium, July 19, 2021. (AFP Photo)
by Associated Press Jul 21, 2021 7:13 pm
RECOMMENDED

The Belgian government said on Wednesday that progress has been made towards ending a hunger strike by several hundred migrants who are seeking collectively to obtain legal residency so that they could all remain in the country.

The chairman of Prime Minister Alexander De Croo’s Liberal party, Egbert Lachaert, said that under the outline of a deal those concerned would have their cases looked at individually in a neutral zone, “without group pressure and without putting lives at risk.”

The migrants began their hunger strike on May 23 at a church and two universities in Brussels. Some were wheeled out of the Church of St. John the Baptist at the Béguinage after the deal was announced. Activists met them with rapturous applause and singing.

Some hunger strikers said they were ending their action after receiving unspecific assurances from the government. It was unclear whether those at the two universities would follow suit.

“Relieved," tweeted Migration State Secretary Sammy Mahdi. “For me this was not a fight against people but for a correct policy.”

Mahdi had argued that the hunger strikers needed to file individual residency requests. He appeared to stick to his position that a collective granting of residency for all the participants in the hunger strike was out of the question.

In recent days, some of the migrants had started refusing water as well as food, increasing fears that some might die soon.

“Let's hope no one has any lasting injuries because of this,” the minister said.

United Nations officials have said that some 150,000 migrants live without authorization in Belgium, a nation of 11.5 million. They said that people wanting to have their status legalized are deterred from doing so because they fear they will be deported if they apply.