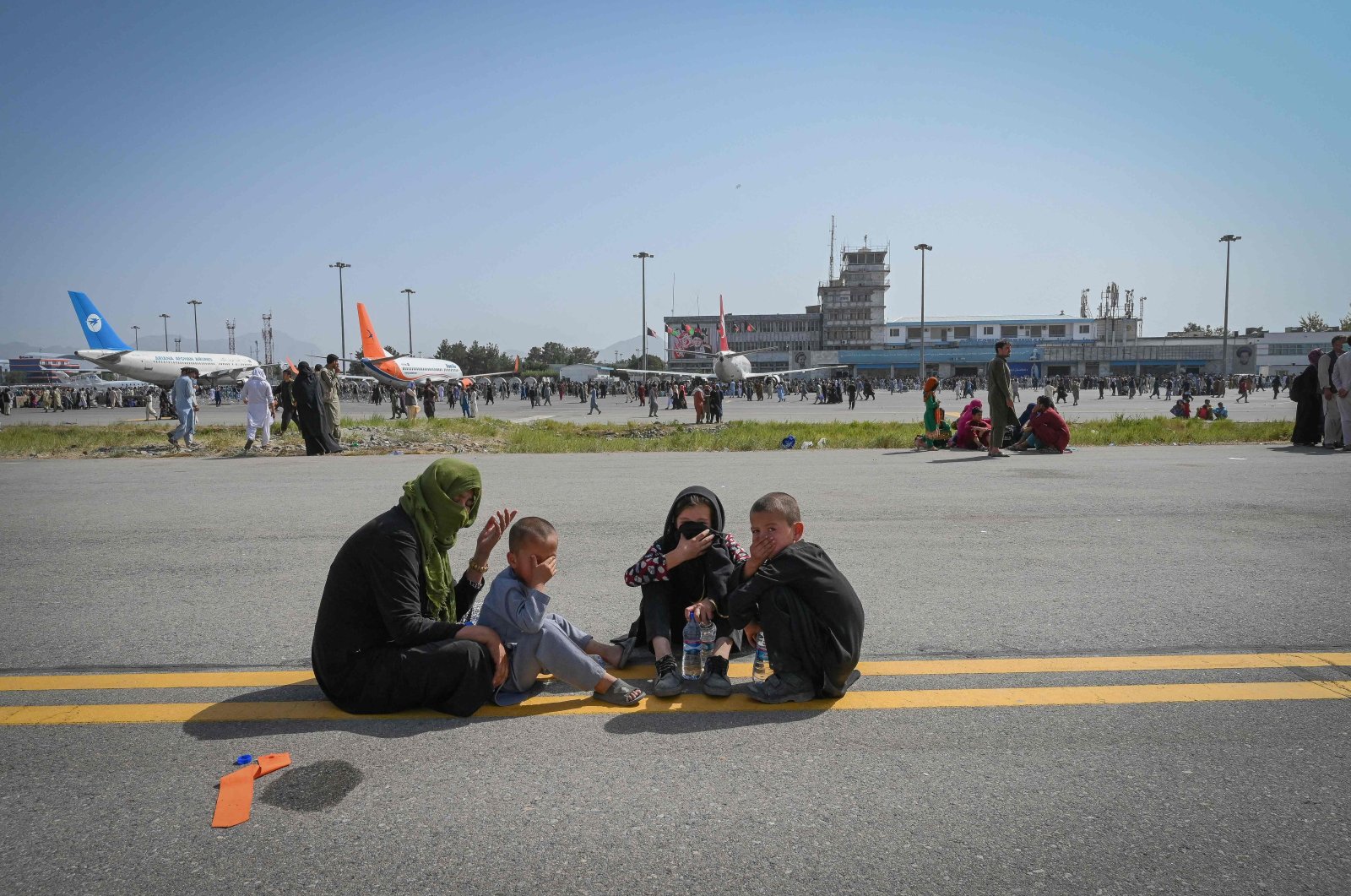 Afghan people sit along the tarmac as they wait to leave the Kabul Hamid Karzai International Airport in Kabul, Afghanistan on Aug. 16, 2021. (AFP Photo)
by REUTERS Aug 16, 2021 3:49 pm
RECOMMENDED

Germany opened its borders six years ago to more than 1 million migrants, many of them Syrians, fleeing war and poverty – a bold move that won Merkel plaudits abroad but which proved controversial at home and eroded some of her political capital.

"For us, it is clear that 2015 must not be repeated," Paul Ziemiak, general secretary of Merkel's Christian Democratic Union (CDU), told broadcaster n-tv.

"We won't be able to solve the Afghanistan question through migration to Germany."

The CDU is leading in polls ahead of a Sept. 26 federal election but has lost support in recent weeks. Armin Laschet, the party's candidate for chancellor, has seen his ratings slump since he was seen laughing on a visit to a flood-stricken town and other blunders.

The Greens' candidate for chancellor, Annalena Baerbock, said Germany must take in at least 10,000 local staff from Afghanistan who have worked for the German military or other NATO countries in recent years.

Merkel told party colleagues on Monday that Germany's immediate focus must be on evacuating up to 10,000 people from Afghanistan for whom it has responsibility, warning the fallout from the conflict will last for a very long time.

Merkel, in power since 2005, plans to stand down after September's election.