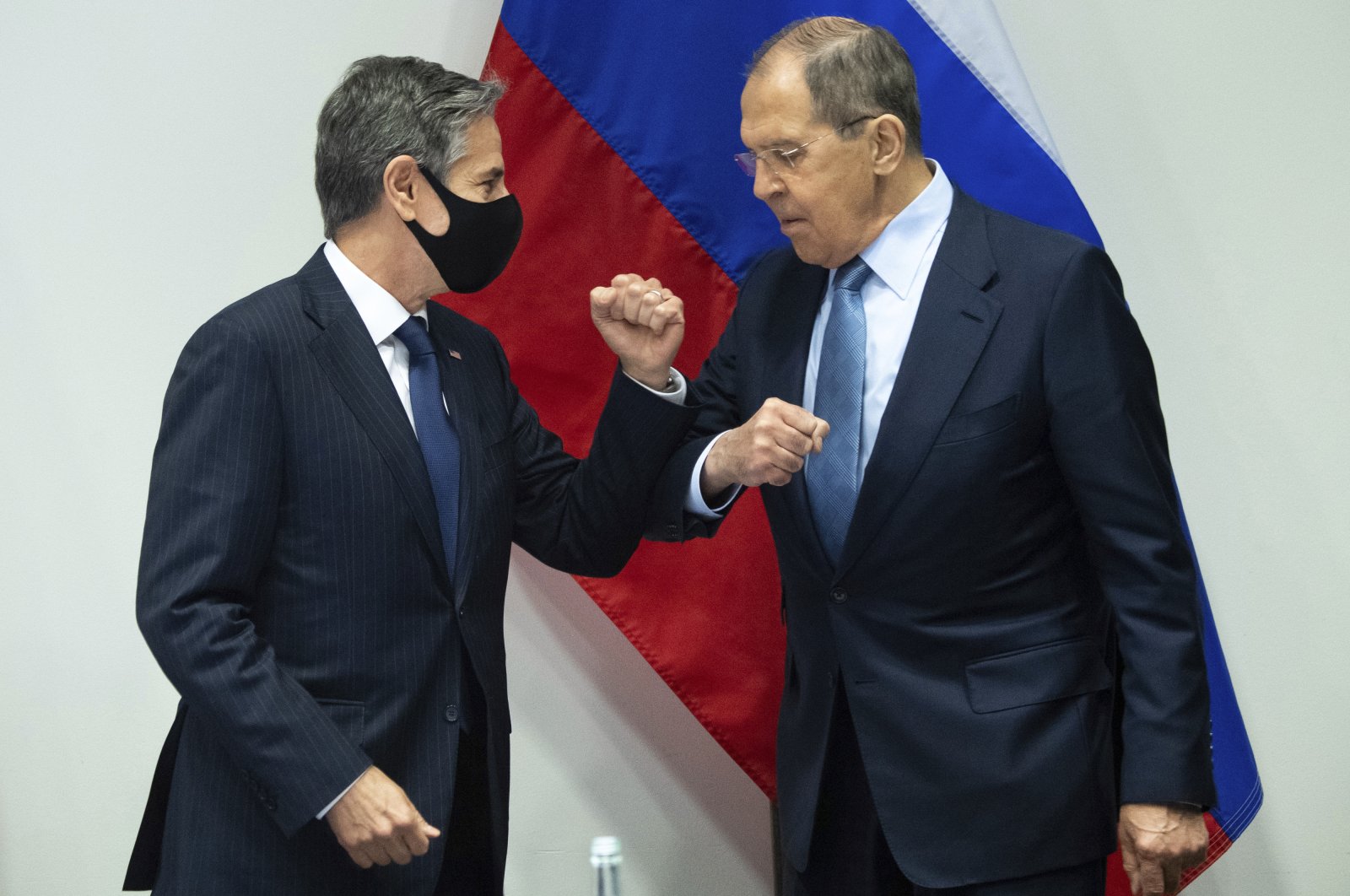 U.S. Secretary of State Antony Blinken (L) greets Russian Foreign Minister Sergey Lavrov as they arrive for a meeting on the sidelines of the Arctic Council Ministerial Summit at the Harpa Concert Hall in Reykjavik, Iceland, May 19, 2021. (AP Photo)
by REUTERS May 20, 2021 11:34 am
RECOMMENDED

Russian Foreign Minister Sergey Lavrov and his counterpart U.S. Secretary of State Antony Blinken held their first in-person meeting Wednesday and stressed that the former Cold War foes have serious differences in how they view world affairs but set an optimistic tone for the talks, saying that the two parties can still find ways to work together.

Blinken said it was "no secret that we have our differences" and that Washington would respond to aggressive acts by Russia, but that the world would be safer if the two countries' leaders worked together.

Lavrov, speaking through a translator at the opening of the meeting in Reykjavik on the sidelines of an Arctic Council meeting, said Russia and the United States have "serious differences" but have to cooperate "in spheres where our interests collide."

Blinken said Biden wanted "a predictable, stable relationship with Russia" and said the two countries could work together on tackling the coronavirus pandemic, combating climate change, dealing with Iran and North Korea's nuclear programs and the war in Afghanistan.

The meeting, the first high-level, in-person discussion between the Biden administration and a Russian counterpart, lasted one hour and 45 minutes, longer than the expected one hour. Lavrov said the talks were "constructive" and the two diplomats would prepare proposals for a possible meeting between U.S. President Joe Biden and Russian President Vladimir Putin, according to Russian state media.

Ties have been fraught since March when Biden – not long into his presidency – said he regarded Putin as a "killer," prompting Moscow to recall its U.S. ambassador for consultations. The envoy still has not returned. Half an hour into Wednesday's meeting, the U.S. imposed sanctions on some ships and entities involved in the construction of the $11 billion Nord Stream 2 pipeline that would take Russian gas from the Arctic to Germany, a deal Biden has opposed.

The administration decided, however, to waive sanctions on the company behind the pipeline and its chief executive. After his brief remarks, Lavrov did not respond to shouted questions on the sanctions.

Before the announcement, Russian Deputy Foreign Minister Sergei Ryabkov had said the waiving of those sanctions would help normalize ties between Moscow and Washington. Lavrov, summarizing Russia's posture toward the United States, described it as "very simple."

"We are ready to discuss all the issues without exception, but under the perception that the discussion will be honest, with the facts on the table and of course on the basis of mutual respect."