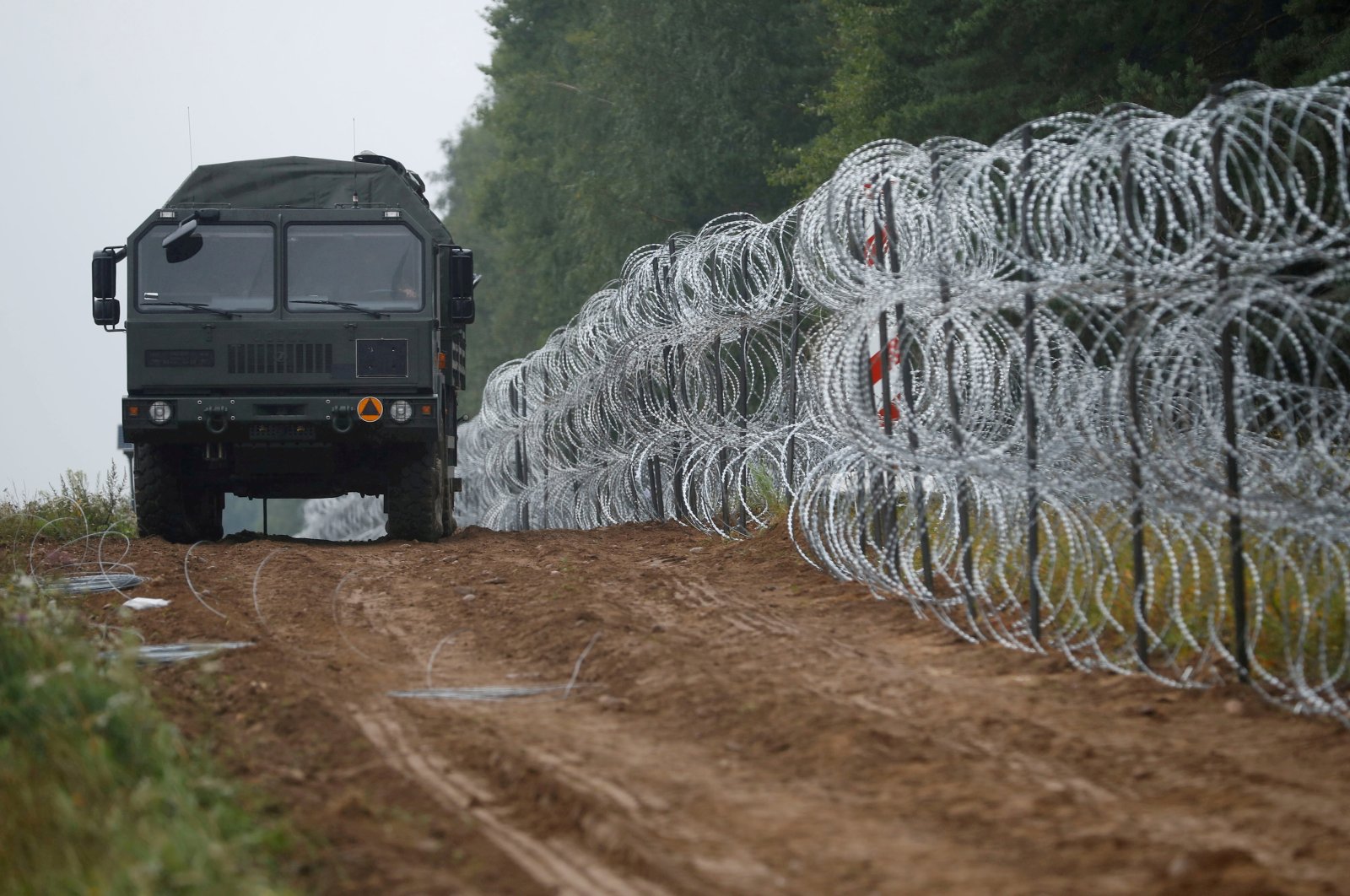 A military vehicle is seen next to a fence built by Polish soldiers on the border between Poland and Belarus near the village of Nomiki, Poland, Aug. 26, 2021. (Reuters Photo)
by ASSOCIATED PRESS
Oct 05, 2021 7:31 pm

The government of Poland is working abroad to warn potential migrants that the country's border with Belarus was sealed and not a passage into the European Union, a deputy foreign minister said Tuesday.

Poland's diplomats in the Middle Eastern and African countries are talking to local media and posting messages on the most popular communication channels to stop people from trying to illegally enter the EU through Belarus, Deputy Foreign Minister Marcin Przydacz said.

A number of migrants, mostly from Iraq, have recently died from exhaustion as they tried to get from Belarus to Poland across an area covered by woodlands and swamps.

The Polish diplomats are also speaking with government officials in certain countries of origin to raise their awareness and urge them to warn and protect their citizens, Przydacz added.

“We want to help these people; hence, our diplomatic activity in these countries ... and our warnings that they may fall victim to deception,” he said.

EU members Poland and Lithuania have faced recent migration pressure on their borders with Belarus. They have accused the Belarusian government of offering free tourist visas and intentionally misinforming people they can find refuge in the EU by illegally crossing into the neighboring nations.

Alleging that Belarus is acting in retaliation to Western sanctions, the Polish and Lithuanian governments have insulated their borders with more guards, military troops and razor wire fences.

Humanitarian organizations and Poland's influential Roman Catholic Church have criticized the government for turning back groups of migrants that include families with children.