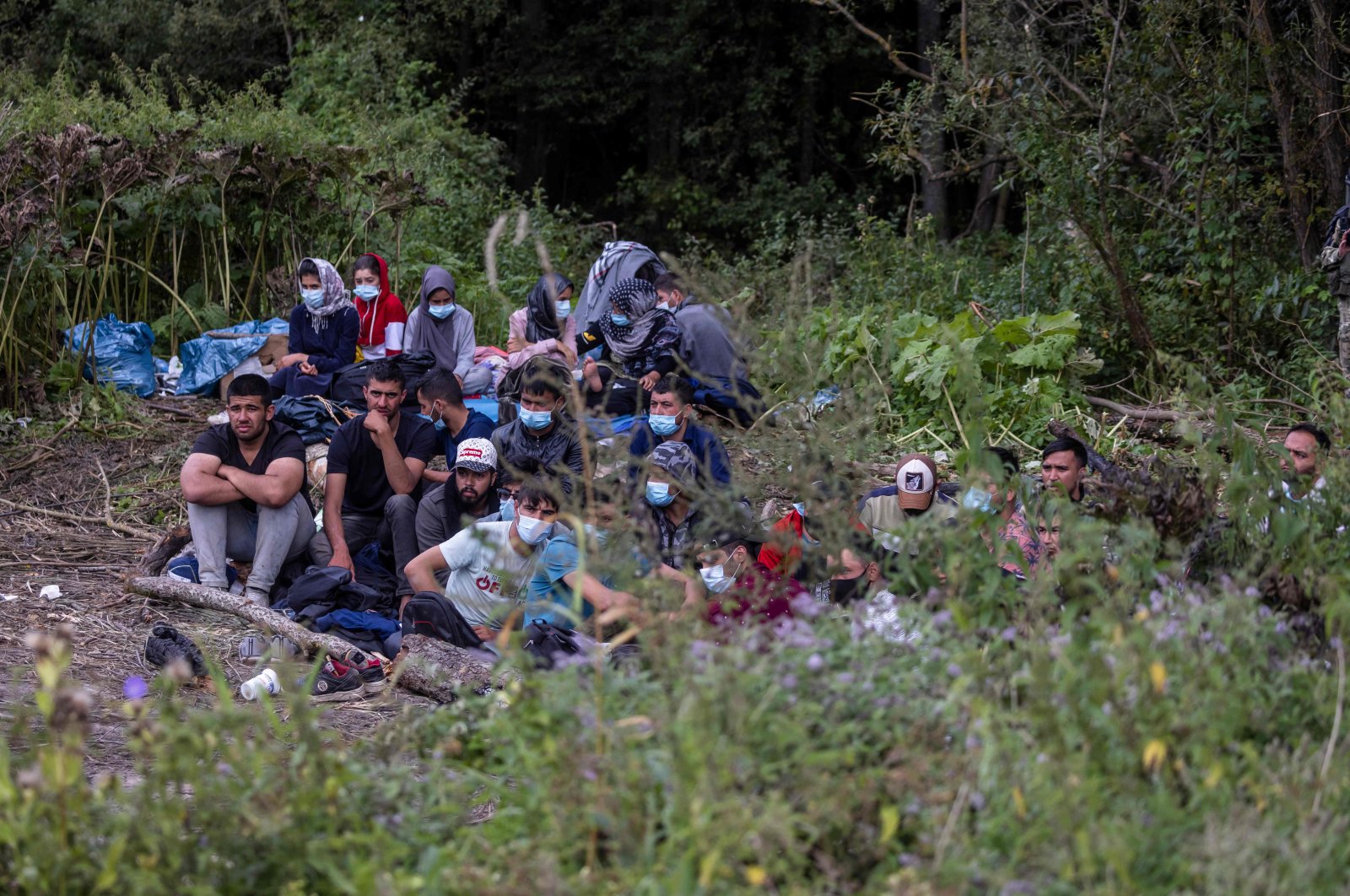 Migrants believed to be from Afghanistan sit on the ground in the small village of Usnarz Gorny near Bialystok, northeastern Poland, located close to the border with Belarus, Aug. 20, 2021. (AFP Photo)
by German Press Agency - DPA Aug 27, 2021 4:14 pm
RECOMMENDED

Polish authorities continue to refuse entry to a group of migrants bureaucratically stranded at the Polish border with Belarus. A spokesperson for Poland's border security agency told the PAP news agency Friday that the migrants were apparently being given supplies from Belarus in order to hold out for longer at the border.

According to Polish aid organizations, the migrants come from Afghanistan and have been staying in the border area near the village of Usnarz Gorny for about two weeks hoping to cross into the European Union. The spokesperson put the number of people stuck between Belarus and Poland at 28 but added that the number was in flux as Belarus was allowing people to leave the makeshift camp to collect provisions in secret.

"We see that the number is changing. Yesterday we also saw Belarusian security forces delivering food to them. They had hot meals and plates," said the spokesperson Friday.

TV news channel TVN24 reported Friday morning that Polish security forces had prevented members of the clergy and various volunteers from delivering medicine and food to the migrants the previous evening. Polish border guards, the police and the military sealed off all access to the refugees and turned back anyone attempting to assist the group, according to the report.

On Thursday, the European Court of Human Rights (ECtHR) ordered the Polish government to provide the group with food, water, clothing, medical assistance and, if possible, temporary accommodation. However, the ECtHR also stressed that its ruling did not oblige Poland to allow the Afghans into the country.