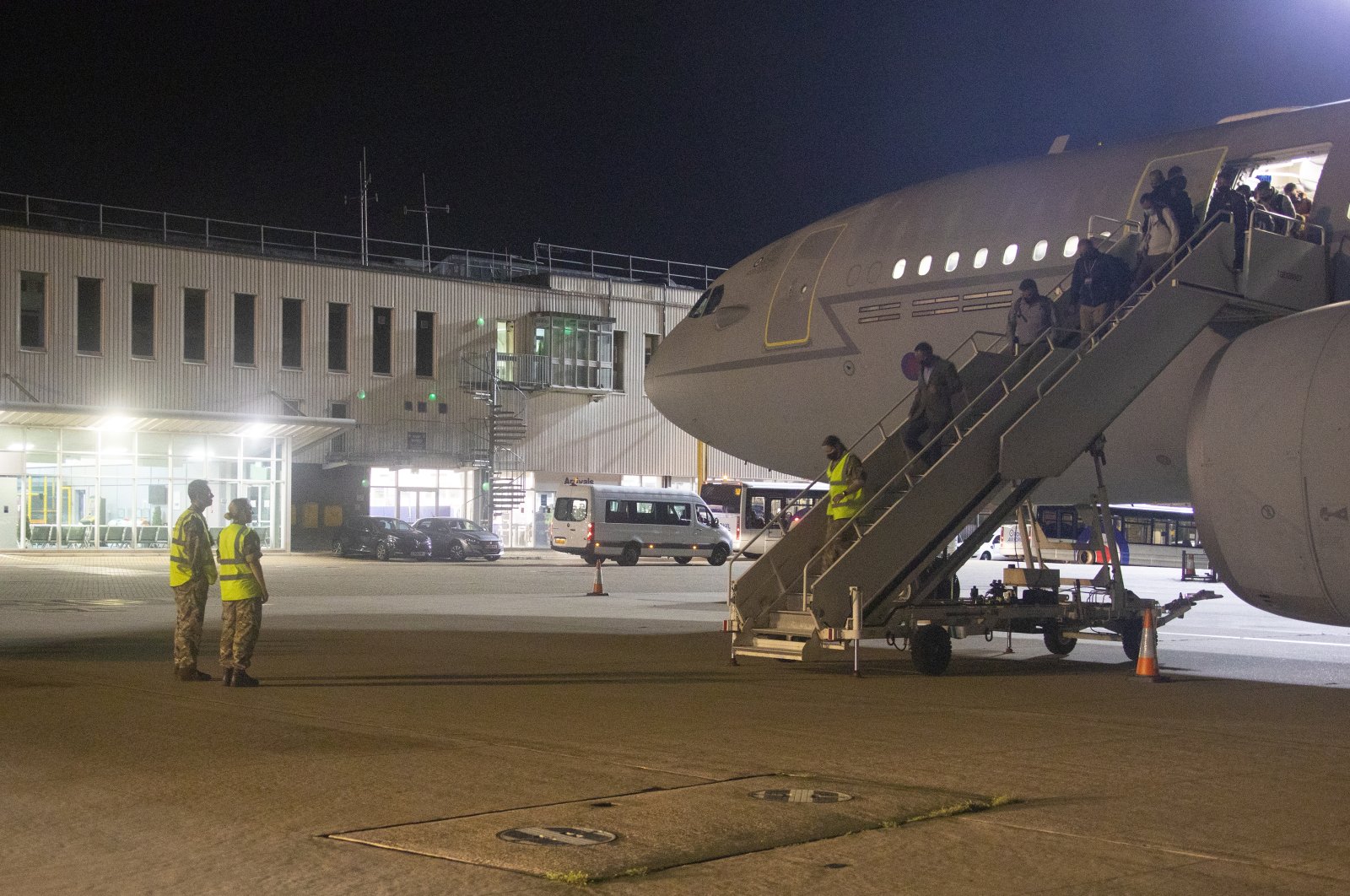 Politicians in the United Kingdom on Friday slammed British diplomats for reportedly leaving the contact details of Afghan staff members on the ground as they evacuated the Kabul embassy compound, now guarded by the Taliban.

The discovery comes as the U.K. has acknowledged its hurried evacuation effort, which left hundreds of eligible Afghans behind. The Times in a front-page story by veteran war correspondent Anthony Loyd reported that he found unshredded documents revealing contact details of Afghan staff and job applicants while touring the compound patrolled by Taliban fighters.

The Times called the numbers and found that some staff were still in Afghanistan and attempting to flee. The paper passed their contacts to the U.K. Foreign Ministry to get them evacuated. U.K. Defense Secretary Ben Wallace told LBC radio station he learned of this from the front-page report.

"Clearly it's not good enough," he said, adding, "I think the prime minister will be asking some questions." Britain is set to complete its airlifts within hours and between 800 and 1,100 Afghans who are eligible for relocation under the U.K.'s scheme "didn't make it," Wallace said.

Tom Tugendhat, head of the House of Commons' Foreign Affairs Select Committee, tweeted that the committee would hold an inquiry into the Times report. "The evidence is already coming in," he said. The Times said the scattered papers suggested that "staff at the British embassy were careless with the lives of Afghan employees in the rush to save their own."

It said its reporters passed contact details to senior Foreign Office officials at Kabul Hamid Karzai International Airport, who airlifted out three Afghan staff named in the documents and their families, after they had been waiting outside the airport unable to access the British-held sector.

The paper said the fate of at least two people who had applied for interpreter jobs was unknown. The Foreign Office responded with a statement saying that during the embassy's evacuation "every effort was made to destroy sensitive material."

The British ambassador to Kabul, Laurie Bristow, earlier won praise for staying in the country and setting up an office in Kabul Hamid Karzai International Airport with embassy staff to support the evacuation effort.