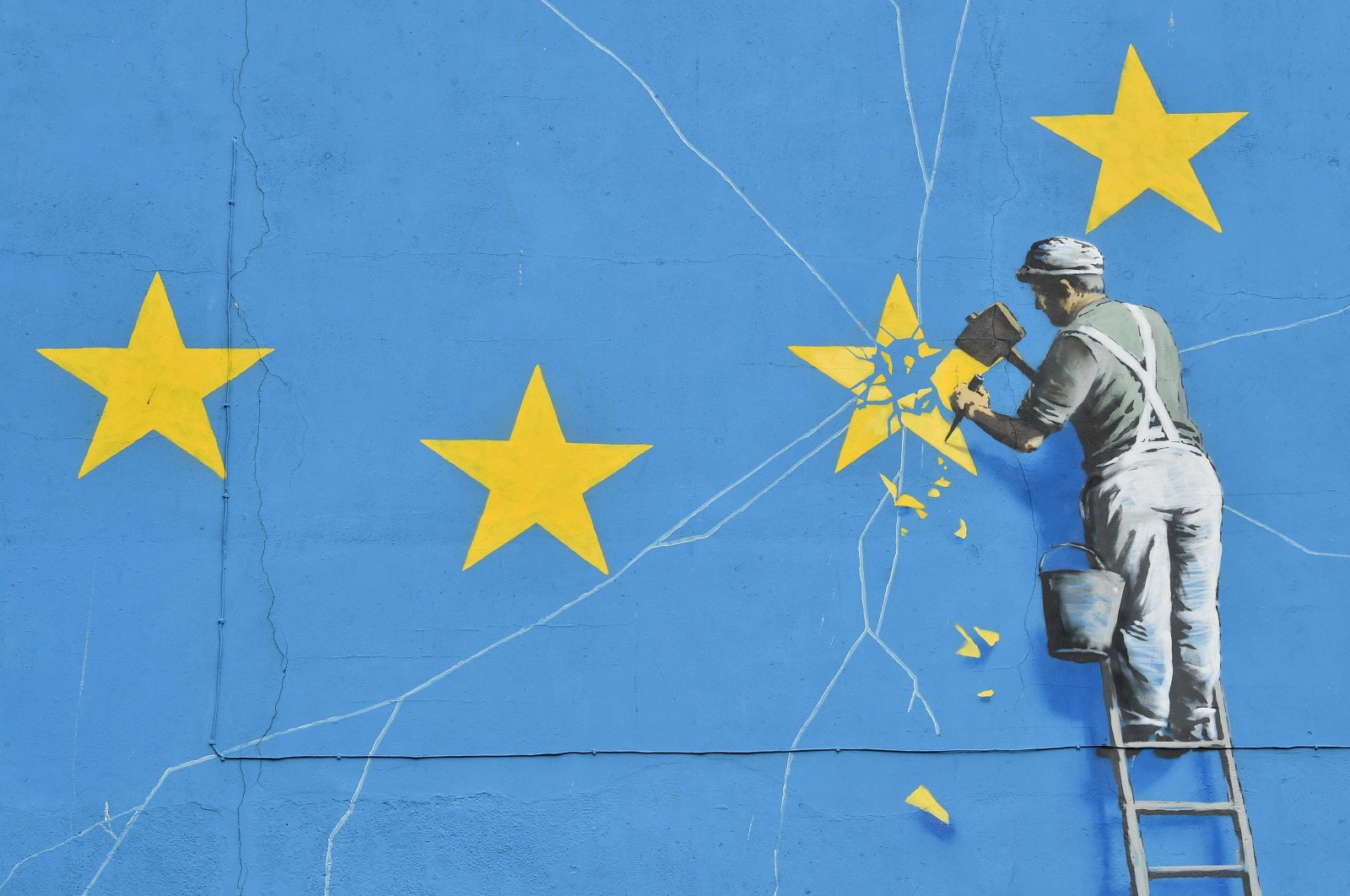 This file photo taken on January 7, 2019 shows a mural by British artist Banksy, depicting a workman chipping away at one of the stars on a European Union (EU) themed flag,in Dover, south east England. - Britain leaves the European Union on January 31, ending more than four decades of economic, political and legal integration with its closest neighbours. (Photo by Glyn KIRK / AFP)
by Compiled from Wire Services
Apr 20, 2020 11:06 am

While the pandemic has put the lives of the millions in danger, the majority of the public in the U.K have expressed their wish to extend the Brexit deadline so the government could focus on the coronavirus pandemic, which has taken the lives of more than 16,000 people across the country.

According to the poll conducted by Focaldata for Best for Britain and Hope Not Hate, the public would rather see the government extend Brexit than cope with the negotiations while the coronavirus continues to swipe lives in Europe.

A majority of the public would prefer Westminster officials to keep their eyes on the crisis at hand, with two-thirds saying the government should focus all its energy on dealing with COVID-19 for the rest of the year.

However, 34% of all responders believed its officials could “balance dealing with the coronavirus outbreak while also giving necessary time to negotiate a full trade deal with the European Union before the end of the year.”

While, Labour and Scottish National Party (SNP) voters expressed strong support for pushing the end of the transition period past New Year’s Eve, about 49% of leave voters also supported the measure – as well as 48% of Conservative voters and 45% of those who previously backed the Brexit Party.

According to Naomi Smith, Best for Britain's chief executive, “There is clear support in Scotland and other nations and regions of the U.K. for an extension, and the views of small ‘c’ conservative voters in our data is telling.”

“It’s patronizing to suggest they would punish the government at the ballot box for prioritizing the country’s health over an arbitrary exit date,” she said.

“They are compromising. It may not be their preference, but everyone can see that the government is overwhelmed by the task at hand and needs no further distractions,” she added.

Smith pointed out that the government must take this opportunity to unchain itself, and most importantly the country’s economy, from the Dec. 31 exit date.

Foreign Secretary Dominic Raab said last month that the virus had made “the case for intensive diplomacy to get this deal done and move on” to form a future relationship with the EU.

“I don’t think delaying the Brexit negotiations would give anyone on either side of the Channel the certainty they need,” he added.