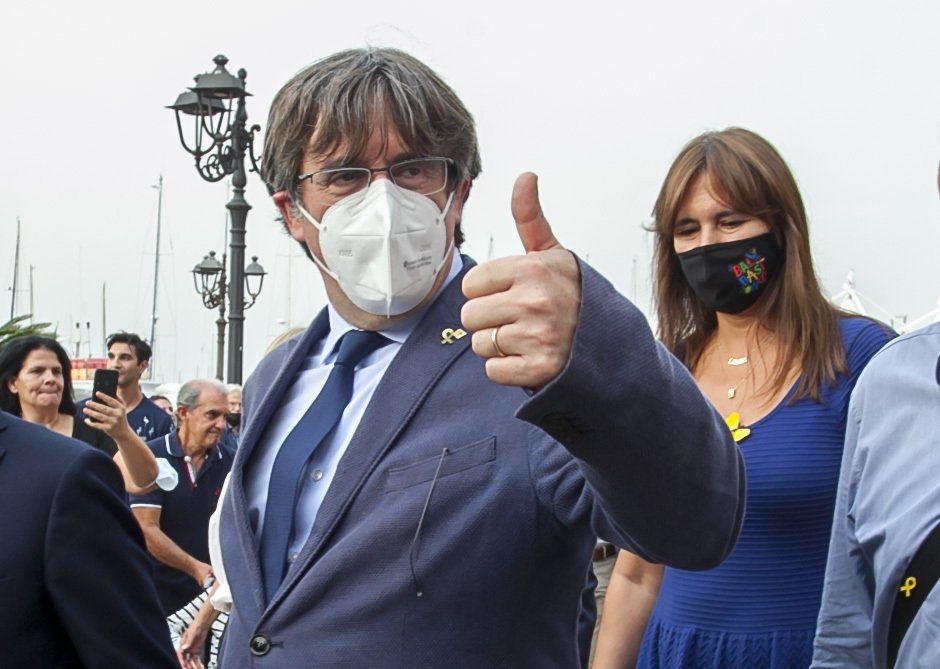 Carles Puigdemont, former president of Spain's Catalonia who fled the country, said Saturday he would be in Sardinia on Oct. 4 to attend a court hearing on his European arrest warrant.

A court in Sardinia released Puigdemont on Friday, a day after Italian police detained him under the European arrest warrant issued by Spain, as he traveled to the Italian island to attend a Catalan folklore festival in the city of Alghero.

Spain had demanded that Italy extradite Puigdemont, who headed Catalonia's government at the time of a vote on independence from Spain in 2017 which courts said was illegal.

"We will continue fighting. We will never give up and I will continue traveling around Europe," Puigdemont told a news conference in Alghero, where he was accompanied by the city's mayor. "I'll be back to Brussels on Monday."

The separatist leader, who is in self-imposed exile in Belgium, praised Italy for handling his case quickly.

"I am happy with the final result. Because our political and legal arguments have been proven," he said. "The Italian justice took only a few hours to make this decision."

"I'll be back on Oct. 4 for the hearing and, if the Italian justice will decide for my freedom, I'll go back home in Belgium," he said.