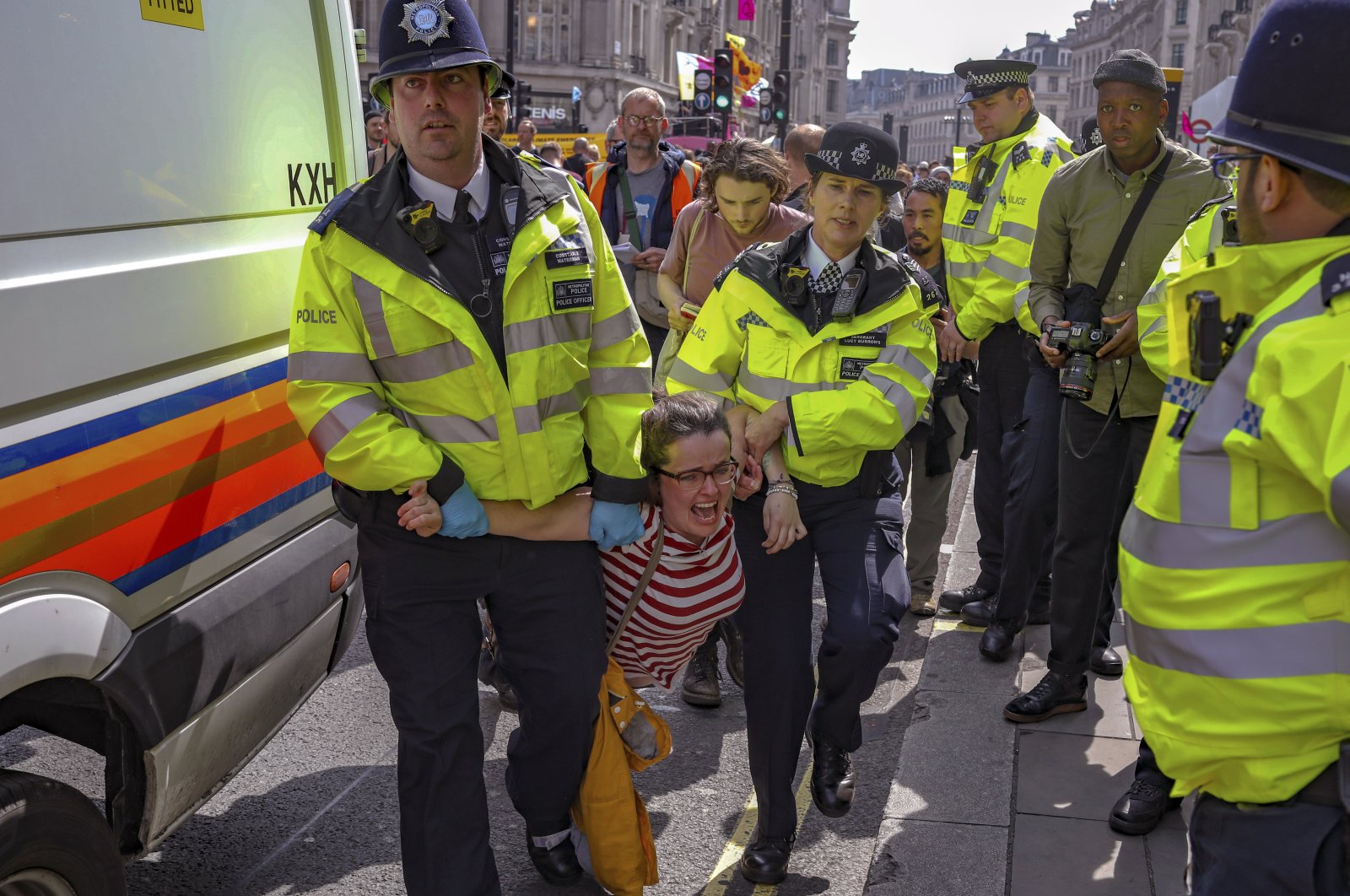 The acquittals, which also included not guilty verdicts on charges of intending to destroy or damage property, came despite the judge telling jurors that most of those accused had no legal defense.

The case stemmed from days of demonstrations and civil disobedience by Extinction Rebellion in April 2019 that brought parts of London to a standstill and choked off central streets.

The campaigners, including two of the group's co-founders, were charged with damaging Shell's offices in the British capital after they smashed windows, sprayed graffiti and glued themselves to doors there.

Protester Katerina Hasapopoulous, 43, pleaded guilty to criminal damage and will be sentenced at a later date.

However, the six others arrested, who faced up to five years in jail or fines of thousands of pounds if convicted, denied the charges and opted to represent themselves at trial at Southwark Crown Court in south London.

One defendant, 41-year-old James Saunders, claimed he honestly believed company employees and shareholders would have consented to his actions if they understood his motives.

Meanwhile, Judge Gregory Perrins informed jurors that the other five in the dock had not offered "any defense in law," and that criminal damage could not be "morally justified."

Prosecutor Diana Wilson said the accused had "caused significant damage" as she urged the jurors to convict the group.

The defendants argued they targeted the building because Shell was directly contributing to climate change, thereby causing serious injury and death.

They said it was a "necessary" and "proportionate" response to the harm being caused by the multinational oil company.

After around seven hours of deliberations – including asking to see a copy of the oath they took when they were sworn in – the jury of seven women and five men acquitted them all.

The acquittals prompted Perrins to conclude: "This has been an unusual case."