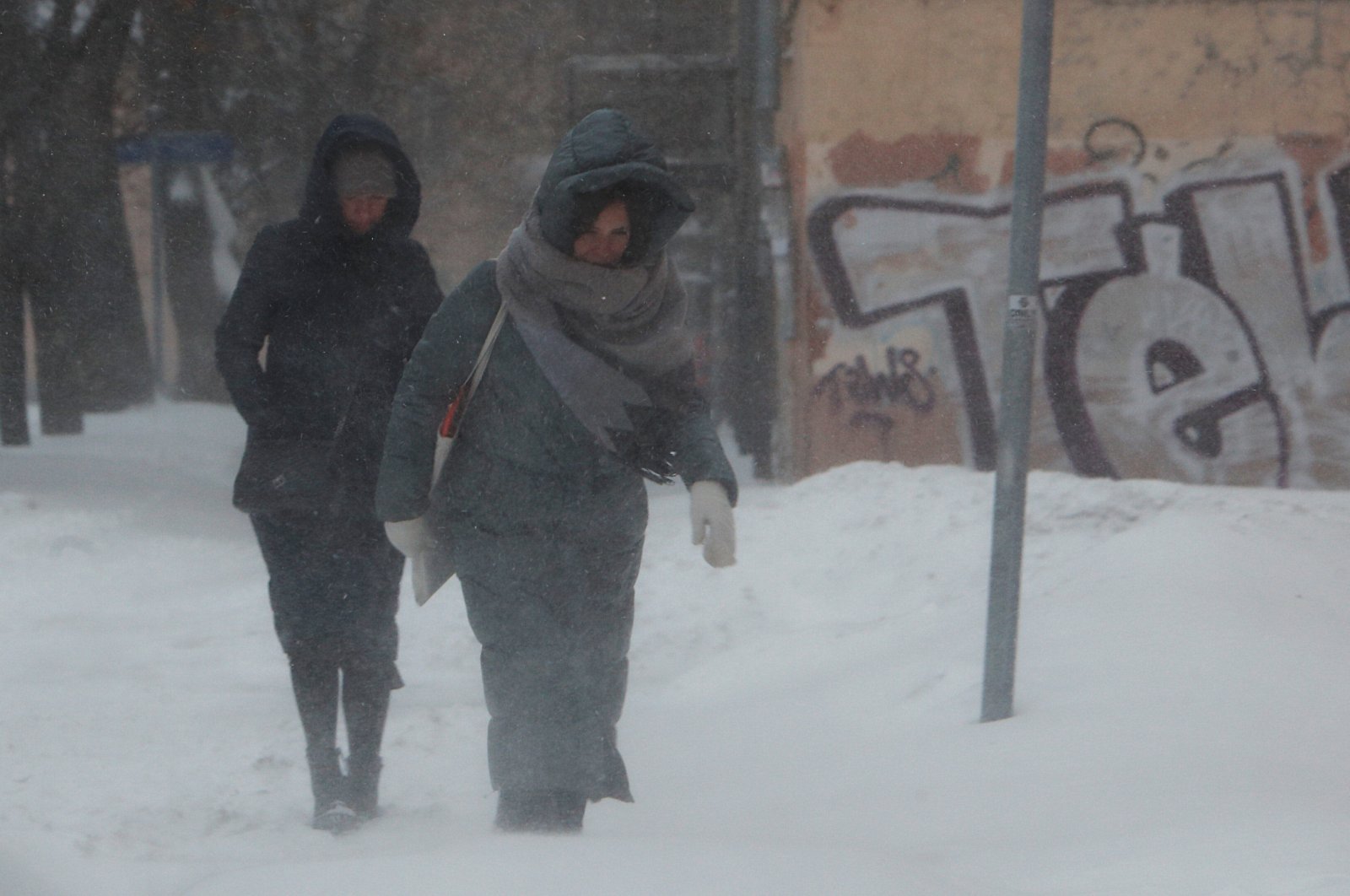 A record-breaking snowstorm descended on Moscow Friday, paralyzing traffic, grounding flights and straining efforts of local authorities to respond to the "snow apocalypse."

Weather experts predict the record-breaking extreme weather will continue over the weekend with winds reaching speeds of 15-20 meters (50-20 feet) per second and temperatures dropping well below freezing.

On Friday, traffic congestion in the city reached a maximum of 10 points according to the Yandex maps service, unusual even for Moscow notorious for its logjams.

The city's transport department urged Muscovites to drive carefully or switch to public transport to avoid the dangerous road conditions.

Moscow's air traffic was affected too, with close to 30 flights reportedly delayed and five canceled.

Some Muscovites praised the snowstorm.

"There wasn't enough snow in Moscow but now we at least see that there is winter in the city," 42-year-old Vitaly Perevozchikov told Agence France-Presse (AFP) on Friday.

Moscow's deputy mayor for housing and public utilities, Pyotr Biryukov, said that the city would do "everything necessary" to ensure traffic does not build up and the sidewalks are clean.

Efforts to clean the streets will continue round-the-clock, he added.

Biryukov told reporters that over 13,500 snowplows and 60,000 workers had been deployed to deal with the extreme weather.

Earlier this week, Russia's state weather agency, Rosgidromet told AFP that the depth of snow in the capital could reach or even surpass the record high of 77 centimeters set in March 2013.

Rosgidromet spokesperson Maria Makarova said the snowstorm was a result of a cyclone sweeping down from the north, first picking up cold air that then mixed with hot air over the Black Sea, before turning back up toward central Russia.

Scientists say that as the surface layer of oceans warm due to climate change, cyclones are becoming more powerful and carry more precipitation. Last week severe weather in Europe, ranging from floods in France to heavy snow in Germany, has caused disruption and damage. Starting late Saturday, Turkey's Istanbul is also expected to succumb to cold temperatures and heavy snowfall, according to weather forecasts.