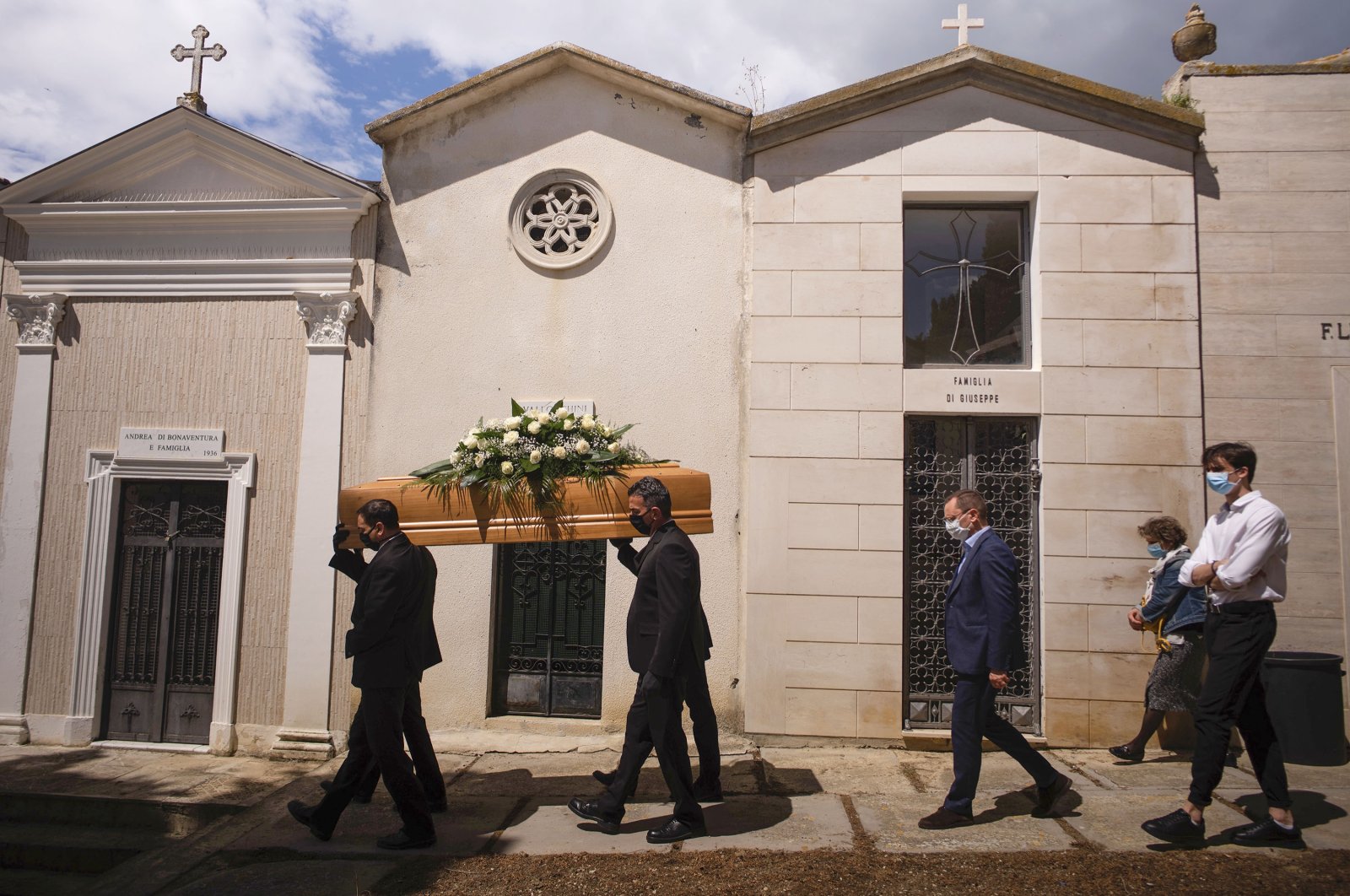 The casket containing the body of Annunziata Ginoble, mother of Sabatino Di Girolamo, mayor of Roseto degli Abruzzi (3rd from R), with his sister Marisa Di Felice (2nd from R) and his son Francesco (R) is taken to her burial site inside the small cemetery of Montepagano, central Italy, at the end of her funeral, May 12, 2020. (AP Photo)
by German Press Agency - DPA Mar 06, 2021 11:34 am
RECOMMENDED

The pandemic has led to Italy seeing its highest annual death toll since World War II, as the statistics office ISTAT announced on Friday that it had recorded 746,146 deaths in 2020.

After the first coronavirus wave hit the country of 60 million people at the end of February, excess mortality between March and December 2020 was also 20% higher than the average recorded for the previous five years. That translates to more than 108,000 deaths.

Health authorities counted more than 24,000 new infections within 24 hours on Friday. That means there are now officially 3.02 million people who have been infected with the virus in Italy.

On Friday, 297 COVID-19-related deaths were added, taking the country close to 100,000 fatalities in total.

The situation is deteriorating sharply in many parts of Italy.

The Ministry of Health in Rome already announced on Friday evening that the southern holiday region of Campania will become a red zone with tightened coronavirus restrictions.

In the area, which includes Naples and the Amalfi coast, the strictest coronavirus rules will apply from Monday, according to the order by Health Minister Roberto Speranza, because of the increased infection levels.

So far, Basilicata in the south and the small Adriatic region of Molise are already red zones. In these areas, all schools must be closed and people should leave their homes as little as possible.

On Monday, further areas are to be upgraded to orange zones because of rising levels of infection; among them is Veneto in the north and neighboring, economically strong Lombardy, where about 10 million people live, which already belongs to the medium risk zone.

There, the regional government in Milan introduced even more extensive closures on its own initiative on Friday.