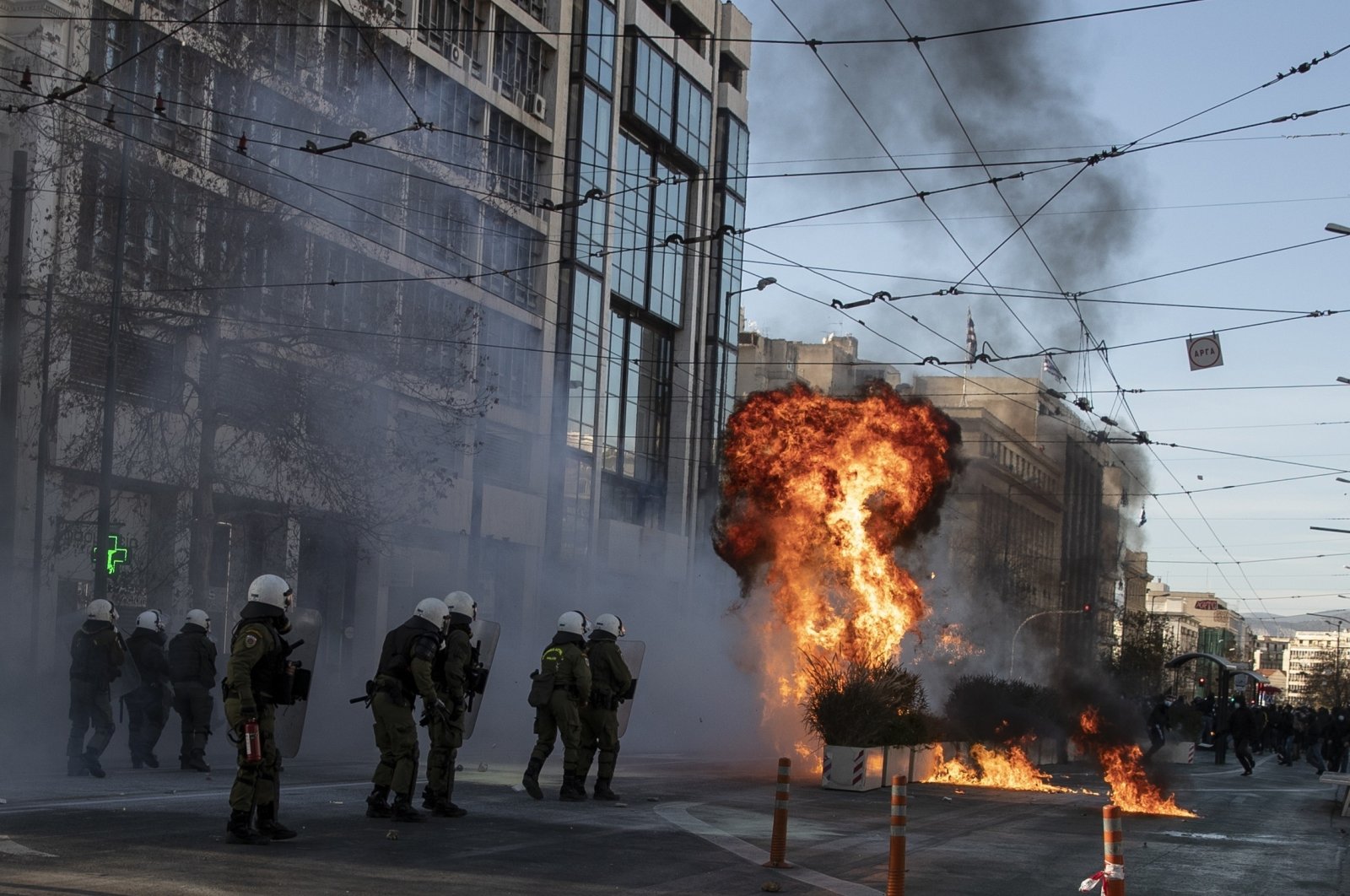 Dozens of demonstrations have taken place in Athens and other Greek cities over the past month following multiple allegations of police brutality in enforcing a nightly curfew and other strict lockdown measures.

The protests were also fueled by a recent decision to launch police patrols on university campuses as well as a hunger strike by a jailed militant group gunman to demand a prison transfer. Often attended by thousands in defiance of lockdown restrictions, the protests have triggered nightly clashes between demonstrators and police.

Speaking in parliament, Prime Minister Kyriakos Mitsotakis claimed opposition parties had acted irresponsibly and ignored his appeals for calm. "There is a serious risk that the pandemic will be turned from a threat to public health into a threat to our society, by those who exploit the flammable material that is the fatigue from (lockdown) measures,” Mistotakis said. "We all agreed on these measures, but some choose to light a fire that will torch the unity and security of our citizens.”

Officials in the conservative government have expressed concern that the frequent rallies could be boosting the spread of COVID-19. The infection rate in Greece recently exceeded those of Britain and the United States, and on Thursday stood at 20.2 per 100,000 residents as a seven-day rolling average.

Alexis Tsipras, a former prime minister and current left-wing opposition leader, argued that the government’s use of heavy-handed policing had backfired. "You are presenting the public with a false reality,” Tsipras told parliament.

"And even worse, you are taking advantage of the pandemic as a pretext to impose harsh measures, restrict democratic rights and freedoms, and advance an agenda that is damaging the public interest.”