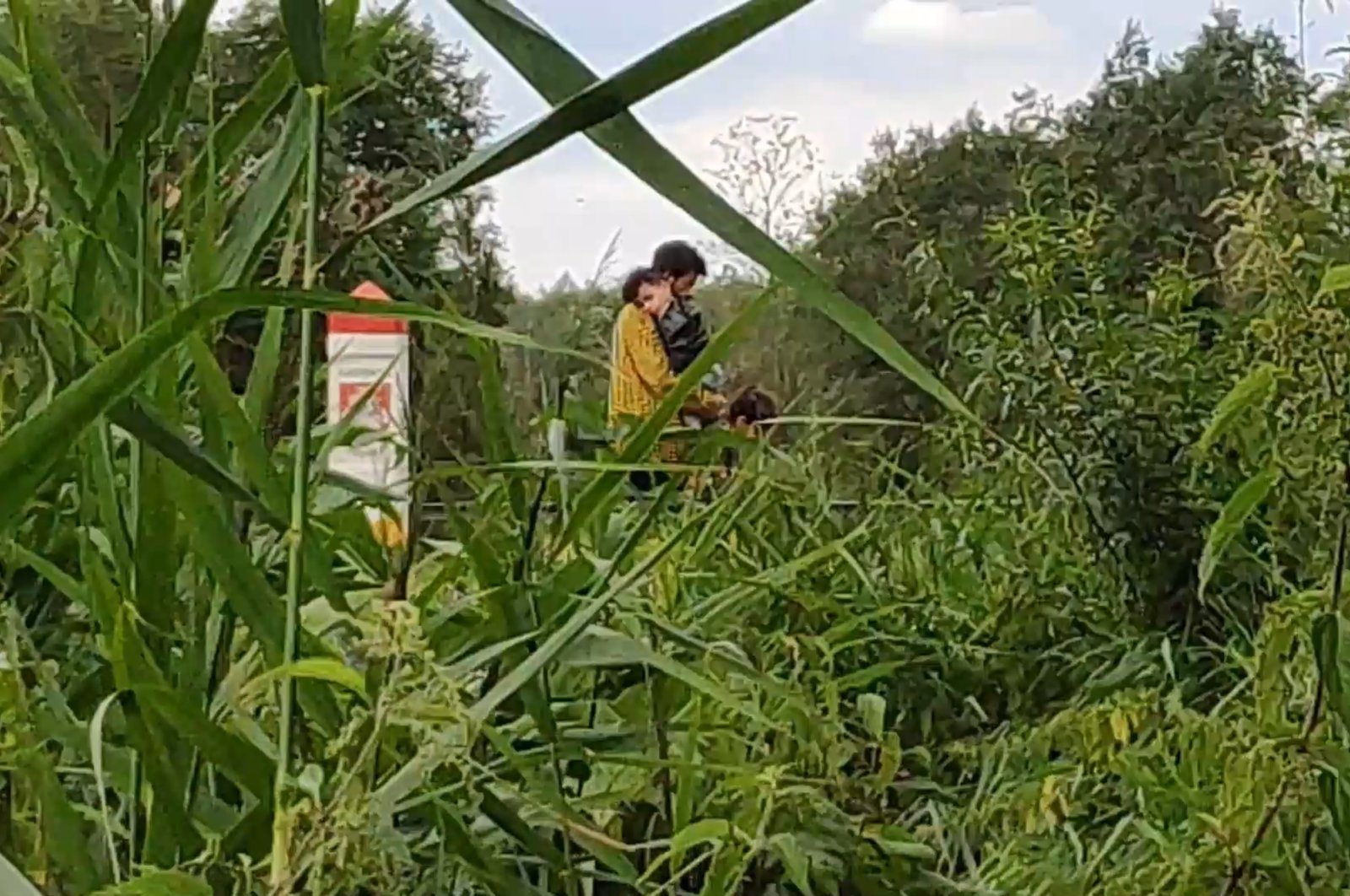 Belarus’ border protection agency says it has tightened control along the border with Lithuania to prevent Lithuanian authorities from sending migrants back to Belarus. In this video still, a migrant carries his child through the Lithuanian-Belarusian border on his way to Belarus, Aug. 6, 2021. (Belarusian State Border Committee handout via AP)
by Anadolu Agency Aug 19, 2021 10:44 pm
RECOMMENDED

Croatia's Interior Minister called on the European Union Thursday to "resolutely protect” its borders to avoid a repeat of the 2015 migrant crisis.

Addressing a news conference in the capital Zagreb, Davor Bozinovic expressed concerns over the developments in Afghanistan and the migration crisis on the Belarusian border.

He said Lithuania, Latvia, and Poland were affected the most by Belarus’ attitude.

"The EU should resolutely protect its external borders. At our meeting with the EU interior ministers yesterday, we agreed that the scenario in 2015, when immigrants were camped on the borders of European countries, should not be repeated. Because this is not a solution for the EU or for the countries from where the immigrants come,” he said.

Bozinovic said the attitude of Afghanistan’s new administration – the Taliban – toward vulnerable groups, especially women and girls, was "worrying.”

"The EU continues to work through the United Nations to help these people. Immigrants coming from conflict environments need our help, especially from countries close to these regions. We should not confuse these migration waves with migrations made for financial reasons,” the Croatian minister said.

Bozinovic said Turkey has helped Europe a lot in preventing the illegal entry of migrants."

Turkey will support the EU in Afghanistan as well as in Syria. Turkey is a partner of the EU and should remain so,” he said.

The Taliban took control of Afghanistan after capturing the capital Kabul on Aug. 15.

The group, which was removed from power after United States-led foreign forces occupied Afghanistan in 2001, is now in the process of establishing a government.