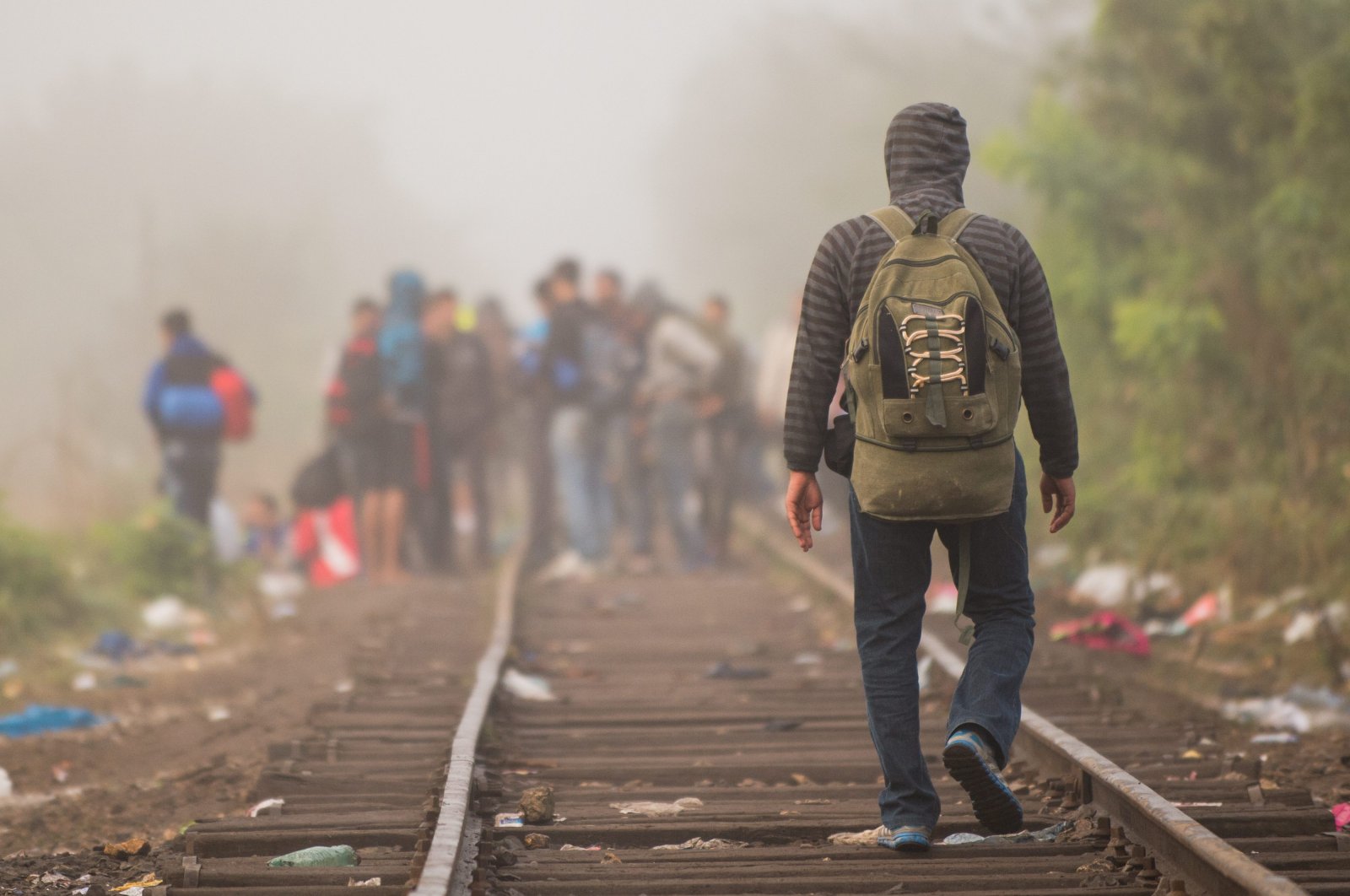 A man walks along a railway track after crossing the border between Serbia and Hungary in Roszke, southern Hungary, Sept. 12, 2015. (AP Photo)
by Agencies Oct 19, 2021 11:47 am
RECOMMENDED

A petition demanding that Denmark cease enforcing its controversial policy that has revoked the residency of a number of Syrian refugees on Tuesday got the required number of signatures to be submitted to Parliament.

In the summer of 2020, Denmark decided to re-examine the cases of about 500 Syrians from the capital Damascus, which is under the control of Bashar Assad's regime, saying "the current situation in Damascus is no longer such as to justify a residence permit or the extension of a residence permit."

The move, supported by much of Denmark's political class, had sparked protests and a petition was launched in April asking Parliament to change the law allowing the measure. On Tuesday, the petition, which is available online, had been signed by more than 53,000 people. It needed 50,000 signatures for Parliament to consider it.

"We want the Folketing (Parliament) to change the law allowing the Danish authorities to send back Syrian refugees under the circumstances today," it reads, according to Agence France-Presse (AFP).

Since Denmark announced the measure in the summer of 2020, at least 250 Syrians in Denmark have had their temporary residency permits revoked, according to government statistics published in May. At the end of an appeals process, those who had only been granted temporary residency could be placed in a detention center pending their deportation.

Under Danish immigration law, temporary residence permits are issued without an end date in cases of a "particularly serious situation in the country of origin characterised by arbitrary violence and attacks against civilians."

But they can be revoked once conditions are deemed to have improved. Some 35,500 Syrians currently live in Denmark, more than half of whom arrived in 2015, according to Statistics Denmark.

Before the bill was passed by the Danish legislature, the United Nations High Commissioner for Refugees (UNHCR) asked the country not to pass the law, which it said would catalyze a "race to the bottom" if other European countries begin mimicking Denmark's policy.

"UNHCR remains firmly opposed to externalization initiatives that forcibly transfer asylum seekers to other countries," UNHCR Assistant High Commissioner Gillian Triggs said in May last year. "Such practices undermine the rights of those seeking safety and protection, demonize and punish them and may put their lives at risk," Triggs said.

“The Danish Refugee Council disagrees with the decision to deem the Damascus area or any area in Syria safe for refugees to return to – the absence of fighting in some areas does not mean that people can safely go back. Neither the U.N. nor other countries deem Damascus as safe,” she said.

The bill's approval came after Denmark – which does not formally recognize Assad's government – became the first country in Europe to strip Syrian refugees of their residency.