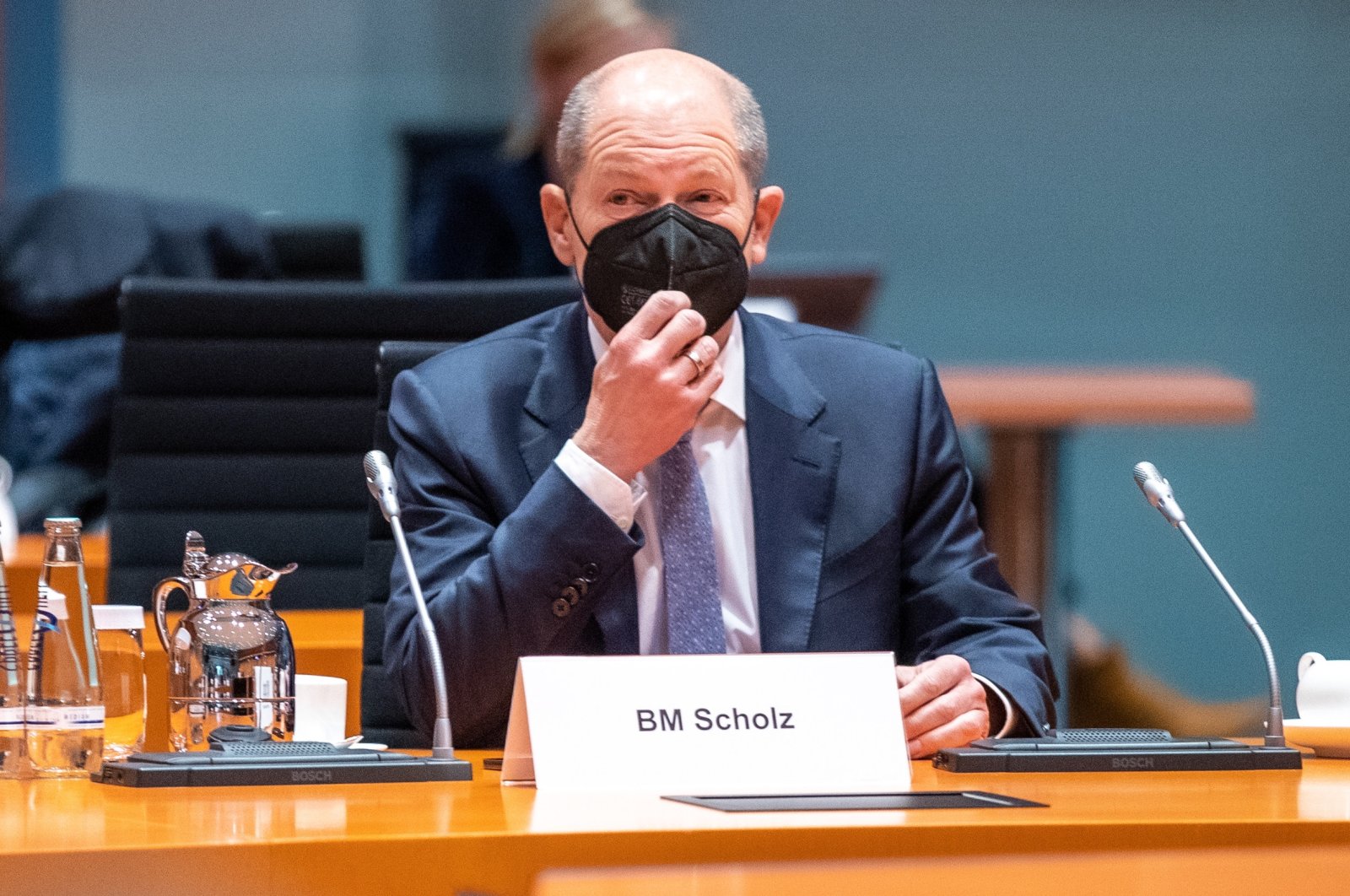 German parties' efforts to form a new government in Germany to succeed Angela Merkel's coalition have run into hurdles, throwing into doubt an ambitious timetable to elect a new chancellor early next month.

Following the historic loss of Merkel's conservatives in September's general election, the center-left Social Democrats and their candidate Olaf Scholz came out in pole position to form the new ruling alliance.

But coalition talks with the ecologist Greens and the pro-business Free Democrats (FDP), which seemed to be progressing surprisingly quickly in early October, have grown fractious.

If the parties are unable to resolve their disputes by the end of the month, participants said the aim of seeing Scholz voted in as chancellor in the week of Dec. 6 could face significant delays.

"We can't say yet when it (the coalition deal) will be ready because key issues are still up in the air," Greens co-leader Annalena Baerbock told Berlin public radio on Friday, echoing complaints from other participants.

Investment in climate change, the future of mobility and the choice of who will be the next finance minister, who holds the purse strings of Europe's top economy, have all emerged as sticking points.

Both Greens co-leader Robert Habeck and FDP chief Christian Lindner have staked a claim to the powerful ministry and appear not to be backing down even as the deadline inches closer.

Veteran Free Democrat Wolfgang Kubicki said that given his party's profile of fiscal discipline, "anything else (besides the finance ministry) would be a slap in the face."

At the heart of the dispute is financing for the Greens' climate protection plans and efforts to soften the blow of them on poorer households. They are calling for 50 billion euros ($58 billion) annually in investment.

The Greens have proposed new borrowing and tax hikes on top earners to pay for the measures they say are essential to Germany's future – moves the FDP has ruled out.

FDP party leader Lindner, a budget hawk, gave a punchy interview Thursday to the conservative broadsheet Frankfurter Allgemeine Zeitung in which he fired several shots across the Greens' bows.

"We're talking about sustainable finances and policies to minimize the risk of inflation," he said, warning that "in Germany, inflation risks are systematically played down."

German consumer prices rose at their fastest pace since September 1993, with the year-on-year inflation increase reaching heights not seen in three decades.

Leading Greens voiced frustration at the focus on the short-term expense, arguing that the long-term costs of the climate crisis could be devastating.

Konstantin von Notz, a negotiator for the ecologist party, reached for a Titanic metaphor, setting a scene with two people standing on the bridge of the doomed ship.

"One says: 'We should avoid the iceberg,'" he tweeted. "And the other answers: 'What will you give us for doing that?'"

National daily Sueddeutsche Zeitung said that putting together such a disparate coalition was always going to be a challenge, particularly with the parties' rank and file holding them to their campaign pledges.

"The Greens are feeling the pressure, as they were the ones who were keenest to get the FDP into this three-way coalition – details on how the Greens' financing and climate targets could be achieved in government with the penny-pinching liberals would be agreed later, we were told," it said.

"That has proven illusory. The crows are now coming home to roost for the Greens."

Twenty-two working groups devoted to a broad spectrum of policy areas have been tasked with presenting planks of the future program by Nov. 10.

Any remaining disagreements are then to be hammered out by the parties' top negotiators by the end of the month.

If they fall short, the election of the chancellor by the Bundestag lower house of parliament would almost certainly need to be pushed back.

Baerbock of the Greens tried to put a brave face on the troubles in finding a deal, noting that the pact is intended to serve as a road map for a four-year term in power. "So four days more or less of negotiations don't matter."