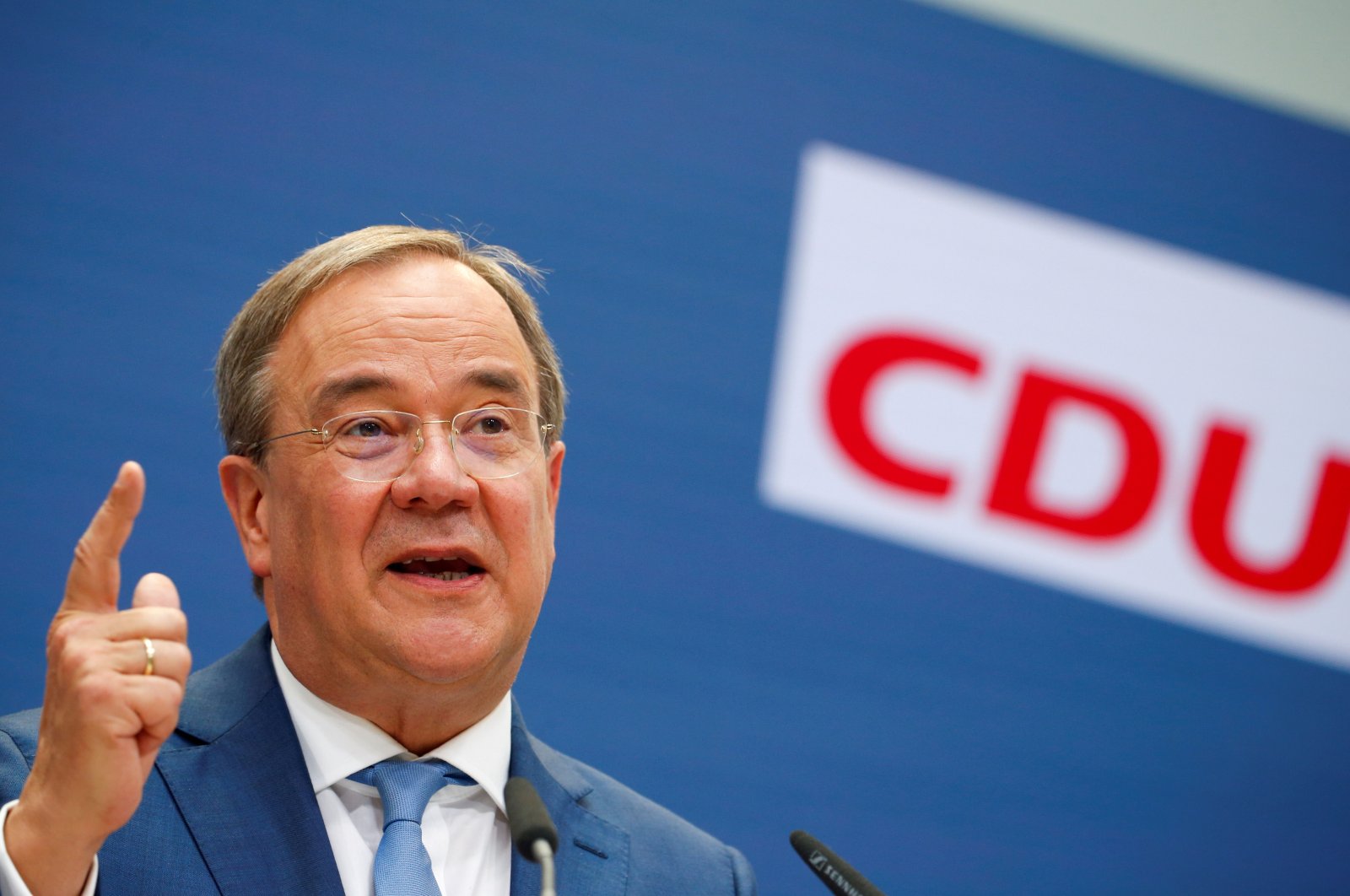 Sources in the Social Democratic Party (SPD) and in Laschet's Christian Democratic Union (CDU) and its Bavaria-only sister party, the Christian Social Union (CSU), camp said the congratulations were sent by letter.

Laschet had previously come under fire for not publicly congratulating his opponent. News of the letter came just moments after the government said Merkel had congratulated Scholz on Monday.

Meanwhile, Merkel personally congratulated Scholz "on his election success," her office says. According to a statement, she contacted Scholz on Monday. Her press office released the statement on Wednesday, after the question was raised in an earlier press conference.

At that press conference, government spokesperson Steffen Seibert did not comment further on the outcome of the election, and said only that Merkel would continue to do her duties until her successor was in place.

"The chancellor and the ministers are doing their job until a new federal government takes over," he said. "The chancellor will continue to cultivate foreign ties, including through trips abroad and meetings and talks with heads of state and government of other countries," he said.

Scholz said Monday that he wants a new government before Christmas if possible. Forming a government can take weeks or months in Germany as parties thrash out in detail the new coalition's plans.

The critical voice on Laschet has been growing following Sunday's election with support for his chancellor bid plunging. As the CDU/CSU conservative bloc fell to a record low of 24.1% in the Bundestag elections, while SPD captured 25.7%, several influential voices in his party are arguing that the elections did not give him the strongest mandate. "We lost the election, period," Kuban said.

Three recent surveys indicated that most Germans do not want Laschet to try to form a government. Seventy-one percent of Germans see it as clearly or at least somewhat wrong for Laschet to claim the chancellorship, according to the Civey Institute survey carried out on behalf of the Augsburger Allgemeine newspaper on Tuesday. Some 22% of around 5,000 respondents were in favor of Laschet's plans.

Among supporters of the CDU/CSU conservative bloc, 55% back Laschet in the fight to succeed Merkel, while 32% think it is wrong for Laschet to lead the next government.

An Insa poll in Tuesday's Bild newspaper that asked whether Laschet should stay on as leader of the CDU returned 21% with yes and 51% with no, with the rest saying they didn't care or didn't know. Only 13% wanted Laschet as chancellor.

A third poll, by infratest dimap for broadcaster ARD, indicated that a majority of 55% of the public would support a three-way coalition of Scholz's SPD with the Greens and the pro-business Free Democrats (FDP).