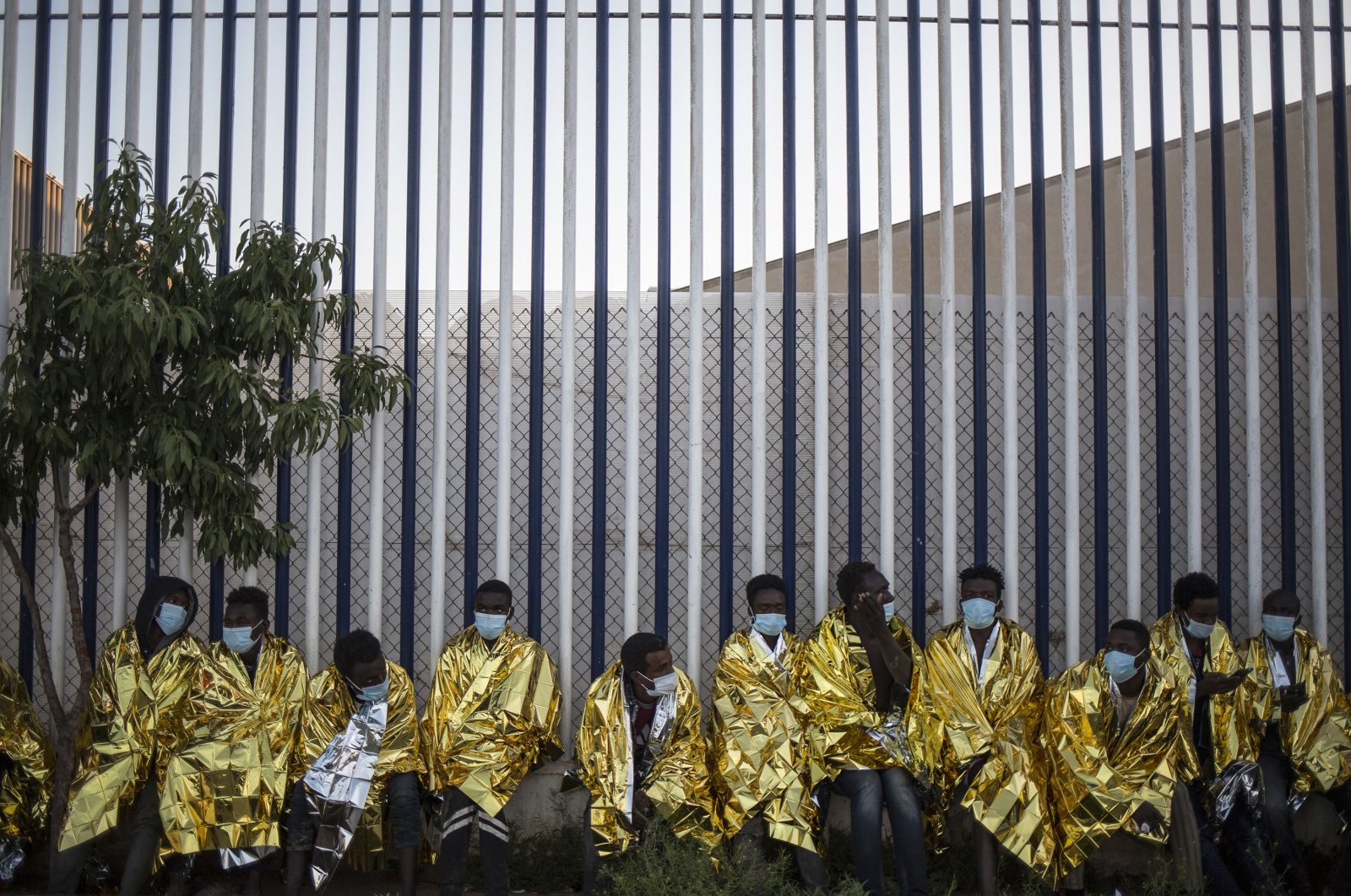 A group of migrants sits wrapped in thermal blankets at a holding center for migrants in the Spanish North African enclave of Melilla, Spain, May 18, 2021. (AP Photo)
by French Press Agency - AFP Jul 14, 2021 3:14 pm
RECOMMENDED

With tensions running high between Morocco and Spain, dozens of people attempt to cross into the Spanish African enclave of Melilla on Wednesday, Spanish officials said.

Last month, Spain was caught off guard when as many as 10,000 people surged into its other African enclave, Ceuta, as Moroccan border guards looked the other way.

Roughly 20 people made it to Melilla on Wednesday and two Spanish police officers were slightly injured, a spokesperson for the Spanish government's delegation in Melilla said.

Those who got in were taken to a government-run center for migrants where they will be tested for the coronavirus.

On Monday, some 200 people tried to scale the fence with 119 of them making it across.

Migrants routinely try to cross the Moroccan border into Melilla and Spain's other enclave of Ceuta, which have Europe's only land crossing with Africa.

They either swim along the coastline, climb border fences or hide in vehicles, in what can be dangerous or deadly attempts to make it to Europe.

Last month's incident came during a diplomatic crisis over Western Sahara, which has long pushed for independence from Morocco.

Spain had angered Morocco by allowing a separatist leader to be treated at a Spanish hospital, and the border breach was widely seen as a punitive move by Rabat.

Although the Polisario leader left Spain on June 2, diplomatic relations have remained tense.