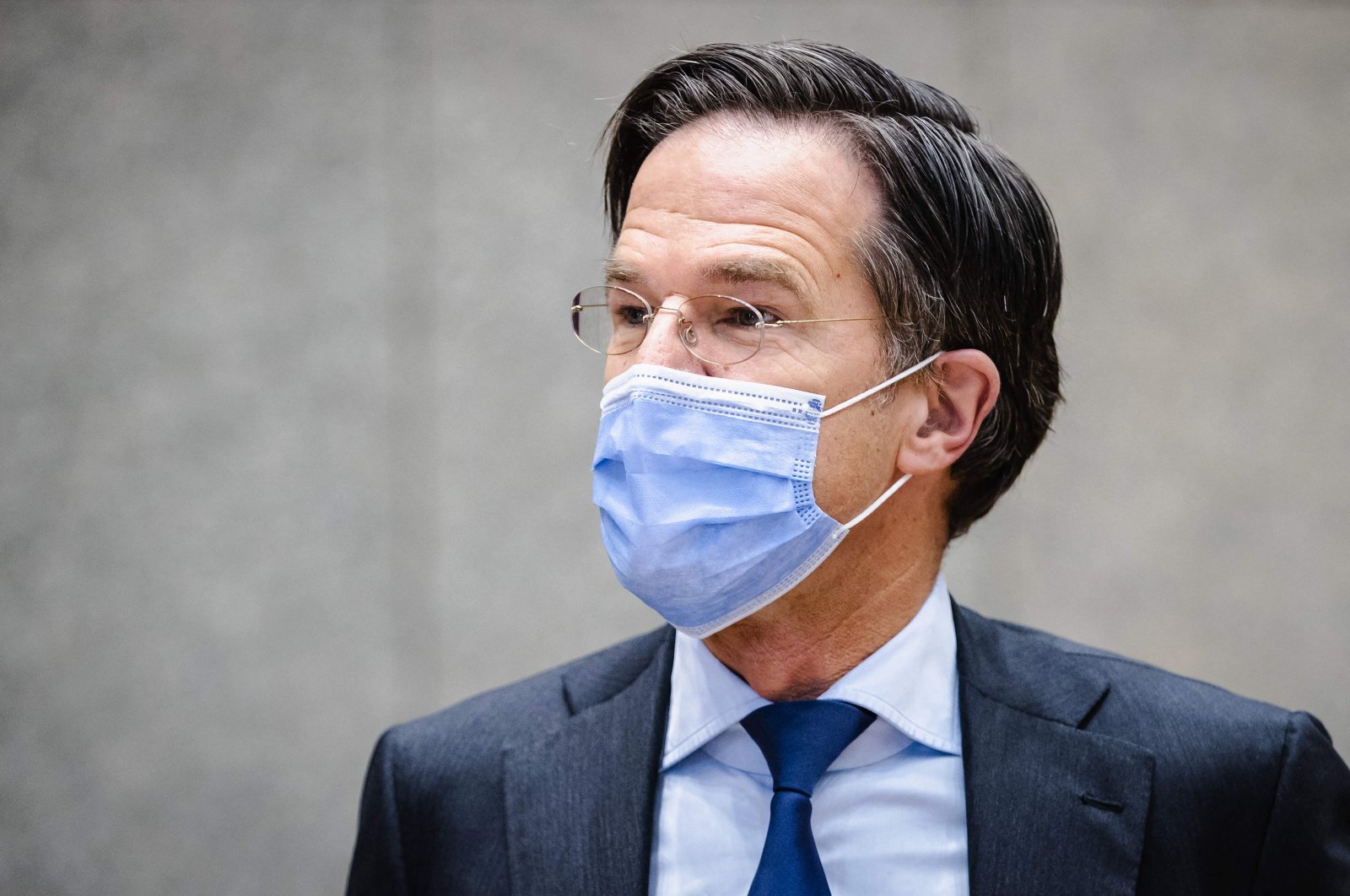 Outgoing Prime Minister Mark Rutte takes part in a debate regarding the new emergency law on the curfew in the Senate, in The Hague, the Netherlands, Feb. 18, 2021. (AFP Photo)
by DAILY SABAH Feb 18, 2021 3:49 pm
RECOMMENDED

Dutch lawmakers are assembling a debate on drawn-up legislation underpinning the coronavirus curfew Thursday after a judge appealed a ruling ordering the government to lift the curfew earlier this week.

The lower house of parliament is expected to support the legislation, which would go to the Senate on Friday – the same day that government lawyers go to court to appeal the order banning the 9 p.m. to 4.30 a.m. curfew.

The curfew, which led to rioting in several Dutch cities but is generally supported and followed, stays in place pending the outcome of that appeal.

A court in The Hague banned the curfew Tuesday, arguing the government “did not invoke the special urgency required” to issue the emergency laws without going through the lower and upper house of parliament, and the curfew was for use in pressing emergencies such as a massive dike breach.

The government argues that the curfew became an urgent necessity because of the rapid increase of new, more transmissible variants of the coronavirus, specifically the variant first discovered in Britain, which reportedly has already entered the Netherland.

“This act offers the cabinet the option of imposing a curfew in very urgent and exceptional circumstances, without first having to go through a legislative process – involving the Senate and the House of representatives in advance,” the court said.

Outgoing Prime Minister Mark Rutte encouraged people to follow the curfew, saying “it is really very important that we limit our social contacts as much as possible because of the risk of transmission of the virus.”

The Dutch government has imposed a lockdown since mid-December which has shuttered all nonessential stores, bars, restaurants and other public infrastructure. Elementary schools reopened this month, but all other schools and universities remain closed.