Mutated COVID-19 variants cause half of new Dutch infections 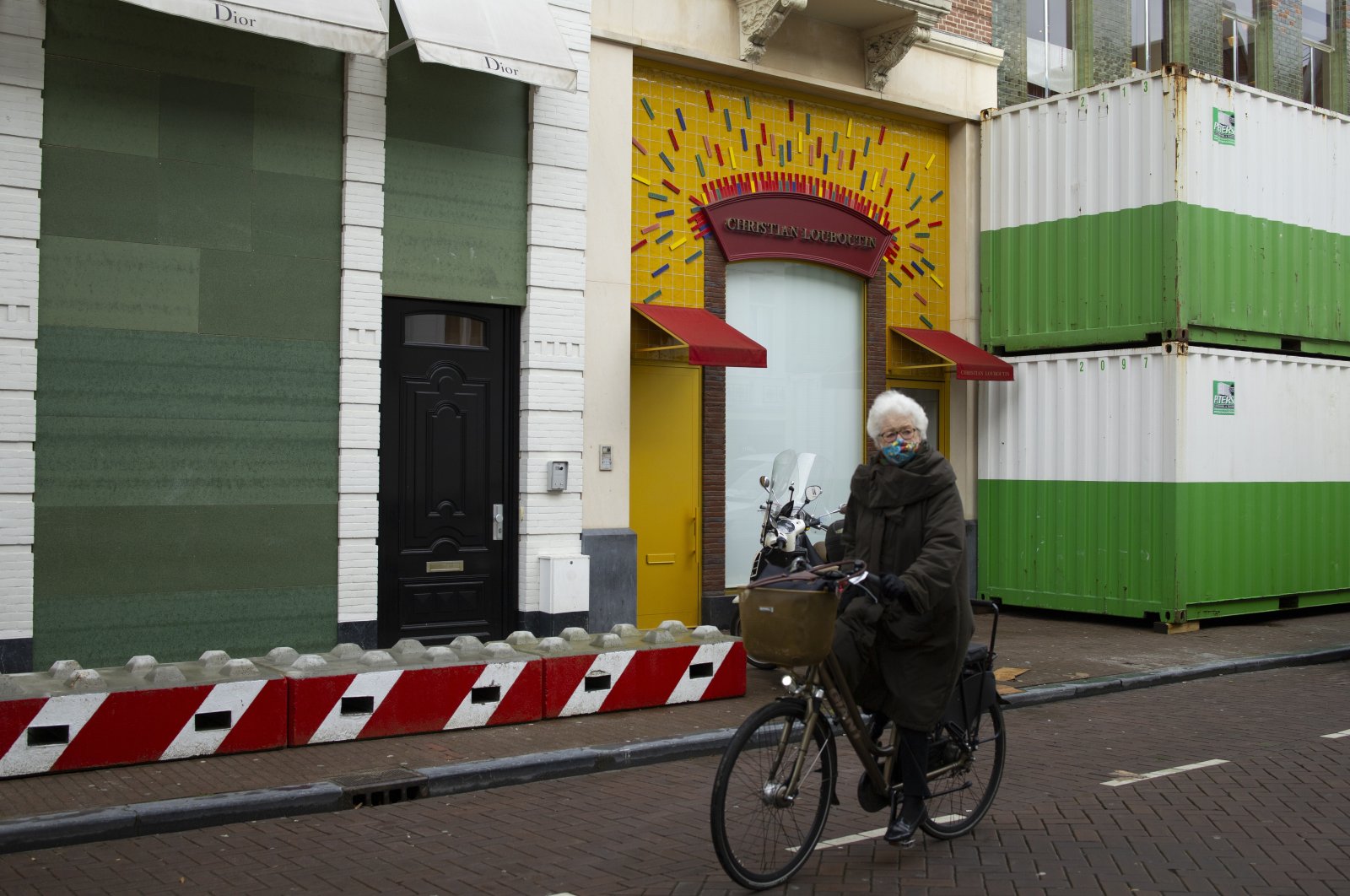 A woman cycles past luxury goods stores that are boarded up, protected by concrete blocks and sea containers at P.C. Hooft street in Amsterdam, the Netherlands, Friday, Jan. 29, 2021. (AP Photo)
by REUTERS Feb 01, 2021 6:13 pm

The coronavirus mutation first detected in Britain has caused half of all new infections in the Netherlands as of Jan. 26, Dutch Health Minister Hugo de Jonge said on Monday.

Last week, health authorities said the new, more contagious variant was responsible for around a third of all new infections in the Netherlands.

The 'British mutation' was seen to be almost 50% more contagious than the older variant, based on calculations up until Jan. 14, De Jonge wrote in a letter to parliament.

The Dutch government has repeatedly warned that new mutations could lead to a new wave of infections in the coming weeks, despite a steady drop in the number of COVID-19 cases since the start of the year. To stop the spread of new mutations, a nighttime curfew was added to an already broad lockdown last week.

But in a first step towards easing measures, the government on Sunday decided to reopen primary schools as of next week, as young children were still seen to be playing only a marginal role in the transmission of the disease.

Dutch media on Monday reported that the government was also considering scrapping the curfew early next week.