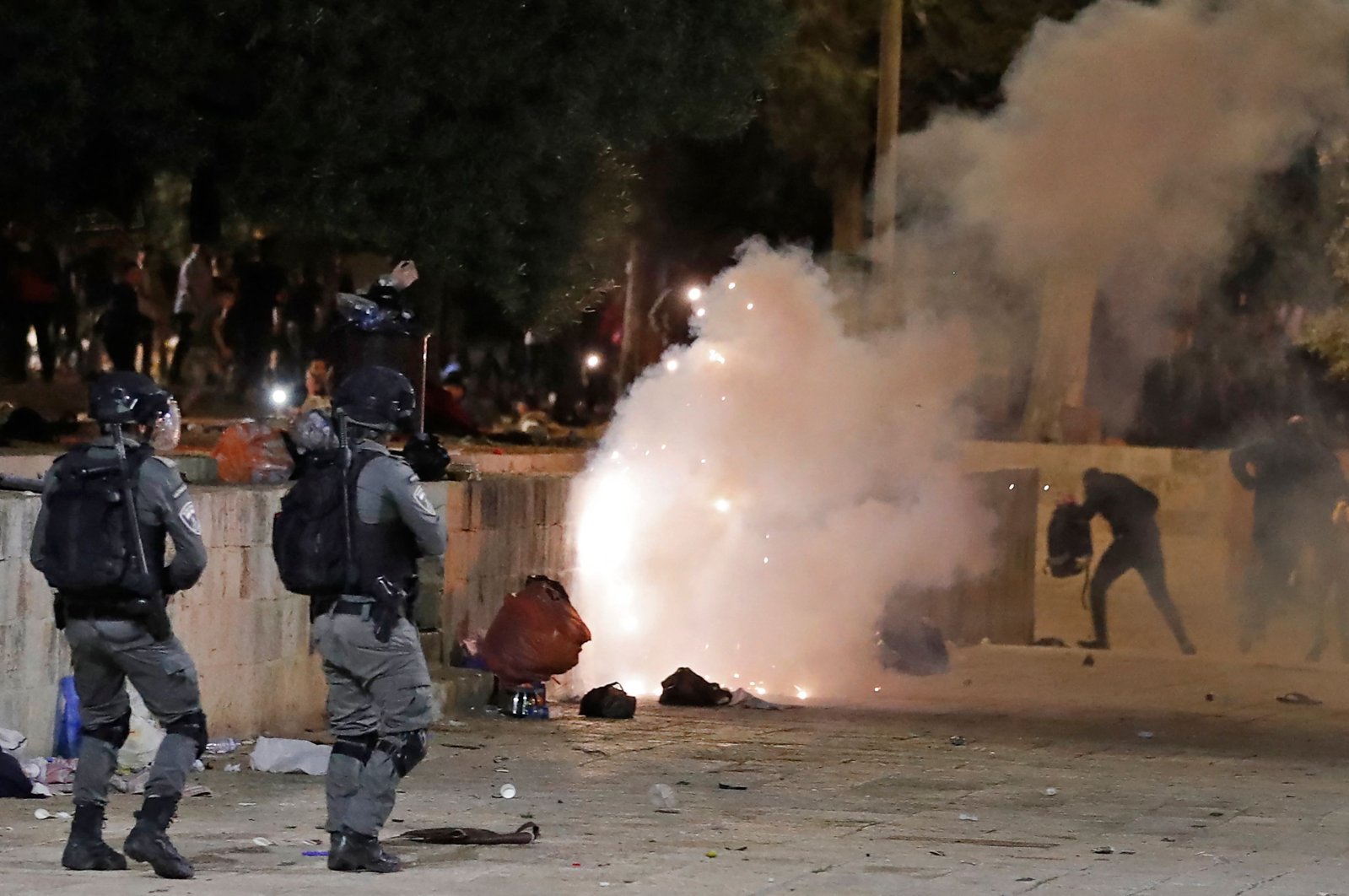 "Violence and incitement are unacceptable and the perpetrators on all sides must be held accountable," an EU spokesperson said in a statement.

"The EU calls on the authorities to act urgently to de-escalate the current tensions in Jerusalem."

The statement added that "acts of incitement around the Temple Mount/Haram al-Sharif must be avoided and the status quo has to be respected," using another term for the key religious site.

It said, "political, religious and community leaders on all sides should show restraint and responsibility and make every effort to calm down this volatile situation."

More than 200 people were wounded when Israeli riot police attacked Palestinian worshippers at the Al-Aqsa Mosque compound late Friday, capping a week of violence in the Holy City and the occupied West Bank.

Stones, bottles and fireworks were hurled at the raiding officers who fired rubber bullets and stun grenades at the crowds at Islam's third-holiest site, also revered by Jews as the location of two biblical-era temples.

Israeli police said officers had "restored order" because of the "rioting of thousands of worshippers" after evening prayers.

The EU statement condemned the evictions as "illegal" and blamed them for increasing tensions.

"The situation with regard to the evictions of Palestinian families in Sheikh Jarrah and other areas of East Jerusalem is also of serious concern," it said.

"Such actions are illegal under international humanitarian law and only serve to fuel tensions on the ground."

Turkey Friday condemned Israeli police for raiding the Al-Aqsa Mosque in Jerusalem and attacking Muslim worshippers at the mosque.