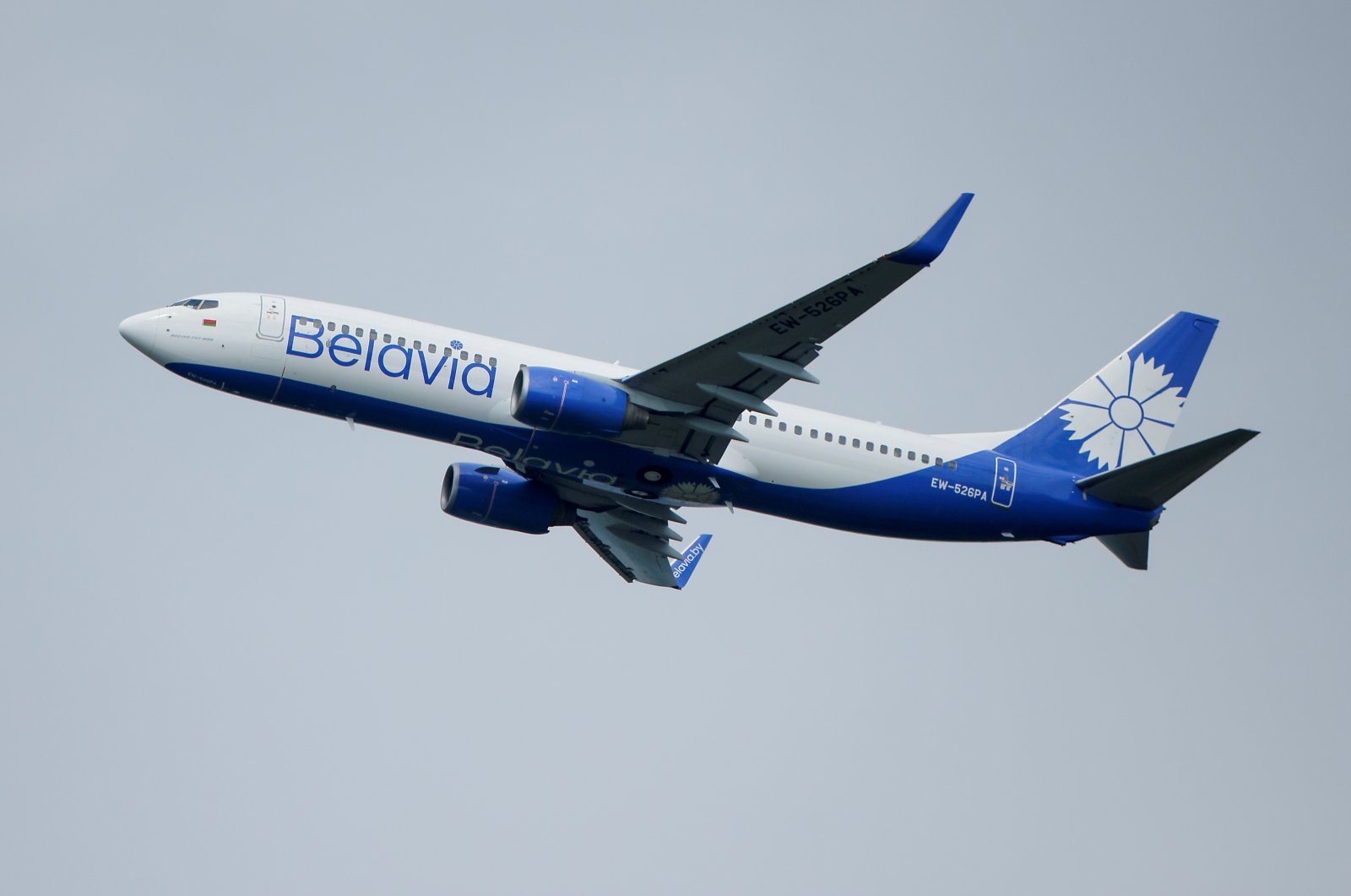 Belarus is facing a fresh package of sanctions over the migrant crisis along its border with Poland. European Union foreign ministers are set to adopt sanctions Monday in Brussels against Belavia, Belarus's state airline, as part of the intended target of new sanctions, the fifth package since a contested election in August 2020.

The airline is to be included for its alleged role in transporting migrants to Minsk where they are driven under Belarusian guard to the country's borders with EU member states Poland, Lithuania and Latvia.

Thousands of migrants are now stranded in dire conditions between Poland and Belarus, caught at the center of a fierce diplomatic row between Belarusian President Alexander Lukashenko and the EU, which does not recognize the authoritarian ruler as a legitimate leader.

EU officials have been drafting the sanctions against Belarus in cooperation with member states in a process that has drawn attention to some 50% of the Belavia fleet managed by aircraft leasing companies in Ireland.

Ireland, a co-sponsor of the latest round of sanctions, is working with EU officials and representatives from aircraft-leasing companies to introduce the sanctions.

The targeting of Belavia follows an announcement last Friday that Turkey is restricting flights to Belarus from its airports after pressure from the EU in an attempt to stop the further arrival of migrants.

One-way tickets between Minsk and Turkey will no longer be available and travelers with passports from Iraq, Syria and Yemen will not be permitted to fly to Belarus from Turkish airports.

Diplomatic consultations in Brussels have lined up the new salvo of sanctions against Lukashenko's regime with a further sixth round not ruled out, diplomatic sources have informed Deutsche Presse-Agentur (dpa).

EU diplomats have also brushed off Lukashenko's threat to cut off gas supplies to the bloc from Russia that flow through Belarus.

The EU accuses Minsk of deliberately orchestrating the migrant border crisis – in what one senior EU official called a "hybrid threat" – in retaliation for Western sanctions over political repression against civil society in Belarus.

The same EU official said Russia, one of Lukashenko's last remaining allies, has not attempted to influence the Belarusian government to deescalate the situation.

Pawel Zerka, a policy expert at the European Council on Foreign Relations, said the airline sanctions send an important signal that the EU would not be blackmailed and will prevent the Lukashenko regime from accessing vulnerable migrants.

He said there is also considerable scope to extend the sanctions further on Belarus and impact key economic exports however there won't be an immediate impact on Monday's decision.

"We need to prepare for a long game," he said.