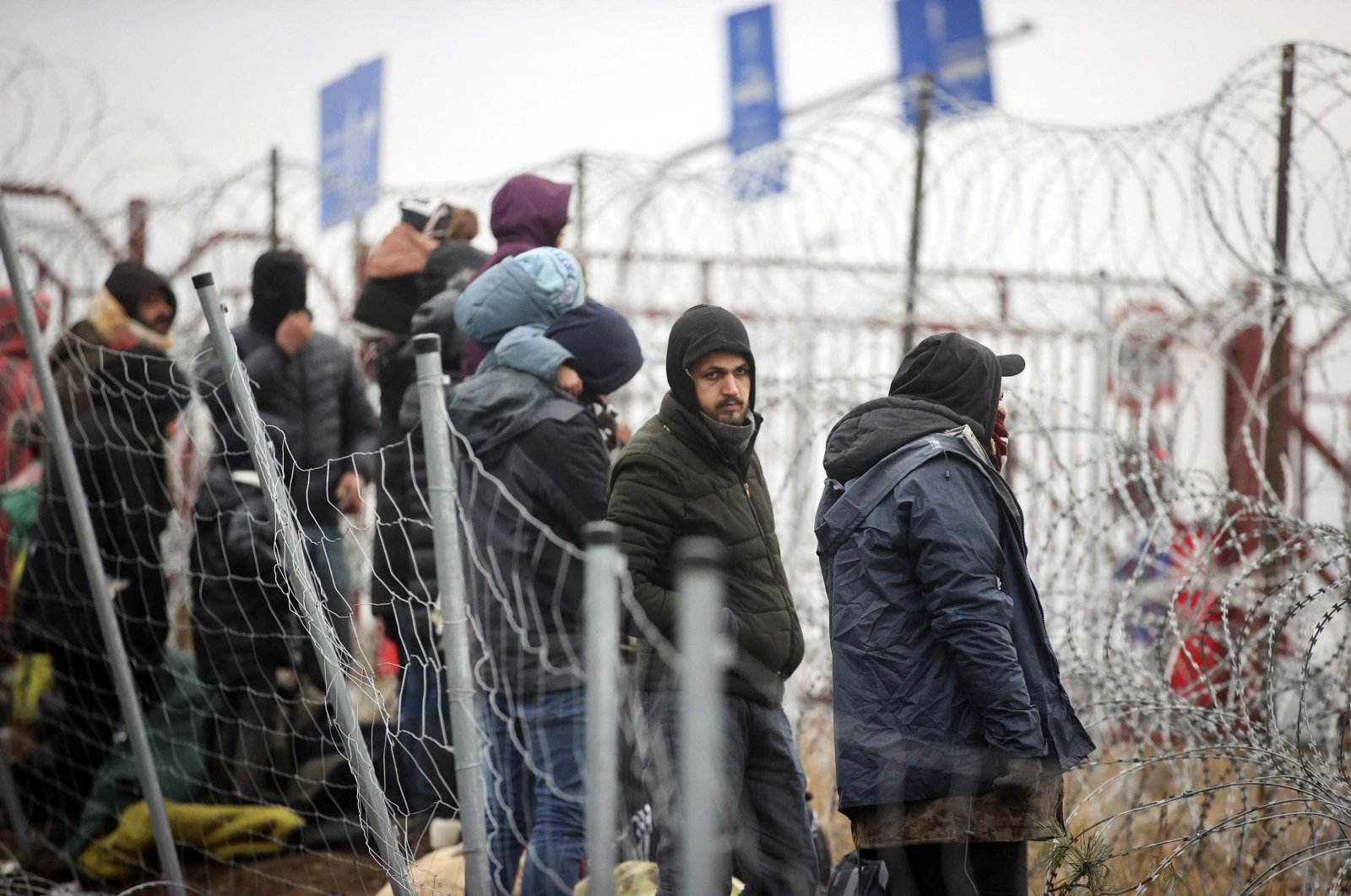 Western countries have no one to blame but themselves for creating the migrant crisis on the Belarus-Poland border, Russian President Vladimir Putin told local media on Saturday.

Putin, speaking to state channel Rossiya-1, said he expects Belarusian President Alexander Lukashenko and German Chancellor Angela Merkel – who have not been in touch regarding the crisis – will be in direct contact soon as migrants continue to head towards Germany.

It is important to keep in mind where the migration crisis originates from, Putin said, adding that the crisis was created by the Western and European countries rather than Belarus.

He noted that the reasons behind the migration crisis run the gamut from political and military to economic.

"It has a military basis because they were involved in a military operation in Iraq, and now more Kurds than in Iraq are at the border. They fought in Afghanistan for 20 years, and now there are more Afghans at the border," he said. "Belarus does not have anything to do with it."

Putin went on to recall the social support that Europe provides to the migrants, pointing out the economic reasons of the migration movement.

He underlined Europe's appeal for the citizens of impoverished countries, saying those who work in an oil-producing country in the Middle East earn less than an unemployed migrant in Europe, a policy driven by the European countries.

Drawing attention to the treatment of the Polish security forces to the migrants on the Belarusian-Polish border, Putin said the migrants are beaten and mistreated, which "does not comply with the ideas of humanism that lies at the heart of all policies of our Western neighbors."

"I hope that a direct contact between the Belarus administration and the administrations of prominent countries in Europe will help with the solution of these issues," he suggested.

The Russian president underlined that his country does not have any responsibility regarding the migrant crisis, claiming that Russian airline companies were not involved in carrying the migrants.

In October, Belarus suspended an agreement with the EU that obliged the country to take back migrants that crossed its territory and into the EU.

The EU accuses the Belarusian administration of "using irregular migration as a tool" and "trying to destabilize the EU" by sending migrants to the borders of EU countries Poland, Lithuania and Latvia.

Polish authorities announced that they would not allow the migrants to enter the country and would send those who managed to enter back to Belarus.

Belarus is accusing Poland of not providing humane treatment for people seeking to migrate to Europe, while the Polish administration has accused Belarus of using these people as a political tool.

The EU accused the Belarusian government of "using immigrants and encouraging them to go to EU borders."

According to the latest EU figures, 7,935 people tried to enter the bloc via the Belarus-EU border in 2021, up sharply from just 150 last year.

Polish authorities stepped up border protection Monday and mobilized more than 12,000 troops after a large group of migrants started marching toward the country's frontier with Belarus accompanied by the Belarusian military.