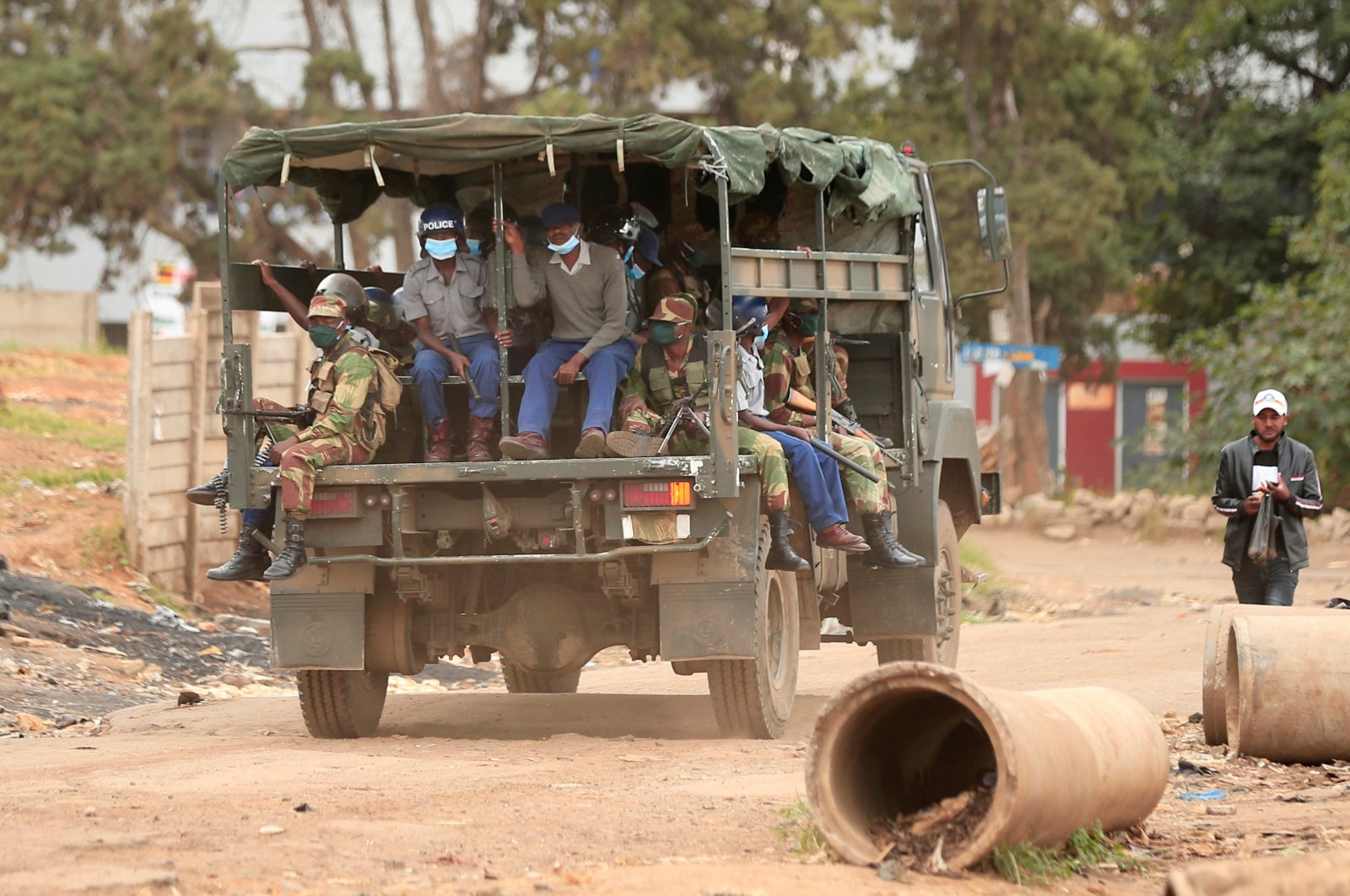 Police and soldiers patrol the streets during a nationwide lockdown called to help curb the spread of coronavirus disease in Harare, Zimbabwe, April 19, 2020. (Reuters Photo)
by Anadolu Agency Feb 20, 2021 10:37 am
RECOMMENDED

The European Union on Friday renewed its arms embargo and assets freeze against the Zimbabwe Defense Industries (ZDI), citing a lack of substantial reforms and continued human rights violations in the southern African nation.

Voicing its concerns about the arrests of journalists and opposition actors, the EU in Zimbabwe said on Twitter it "has renewed its arms embargo and maintained a targeted asset freeze against Zimbabwe Defense Industries, based also on the continuing need to investigate the role of security forces in human rights abuses."

On Aug. 1, 2018, the Zimbabwean army shot and killed civilians after suspected members of the opposition swarmed the streets of the Zimbabwean capital Harare, demanding the immediate release of the presidential election results, which they thought had been tampered with after the toppling of longtime Zimbabwean President Robert Mugabe in a military coup the previous year.

In January 2019, 17 civilians were shot dead by soldiers following a protest against fuel price hikes announced by President Emmerson Mnangagwa.

That Feb. 1, Britain announced its first set of sanctions on individuals under the U.K.'s Zimbabwe sanctions regime for human rights violations.

Godwin Matanga, commissioner-general of the Zimbabwe Republic Police, as well as former Brig. Gen. Anselem Sanyatwe, who was also commander of the Presidential Guard and tactical commander of the National Reaction Force, were also slapped with the new U.K. sanctions.

In a statement, the EU said: "The purpose of the EU restrictive measures is to encourage a demonstrable, genuine and long-term commitment by the Zimbabwean authorities to respect and uphold human rights and the rule of law."

"The lack of substantial reforms has allowed the continued deterioration of the humanitarian, economic and social situation. Violations of human rights and limitations on the democratic space are also persisting."

Announcing its further embargo on the impoverished African nation, the EU, however, said it "welcomes further opportunities for continued dialogue and engagement with Zimbabwe and reiterates its ambition for a more constructive relationship."

Miffed by the human rights deterioration in this country, the EU also said it "is especially concerned about a proliferation of arrests and prosecutions of journalists, opposition actors and individuals expressing dissenting views."

Although Zimbabwean authorities claimed the sanctions have continued to impoverish citizens here, the EU said: "These measures do not affect the people of Zimbabwe, its economy, foreign direct investment, or trade."