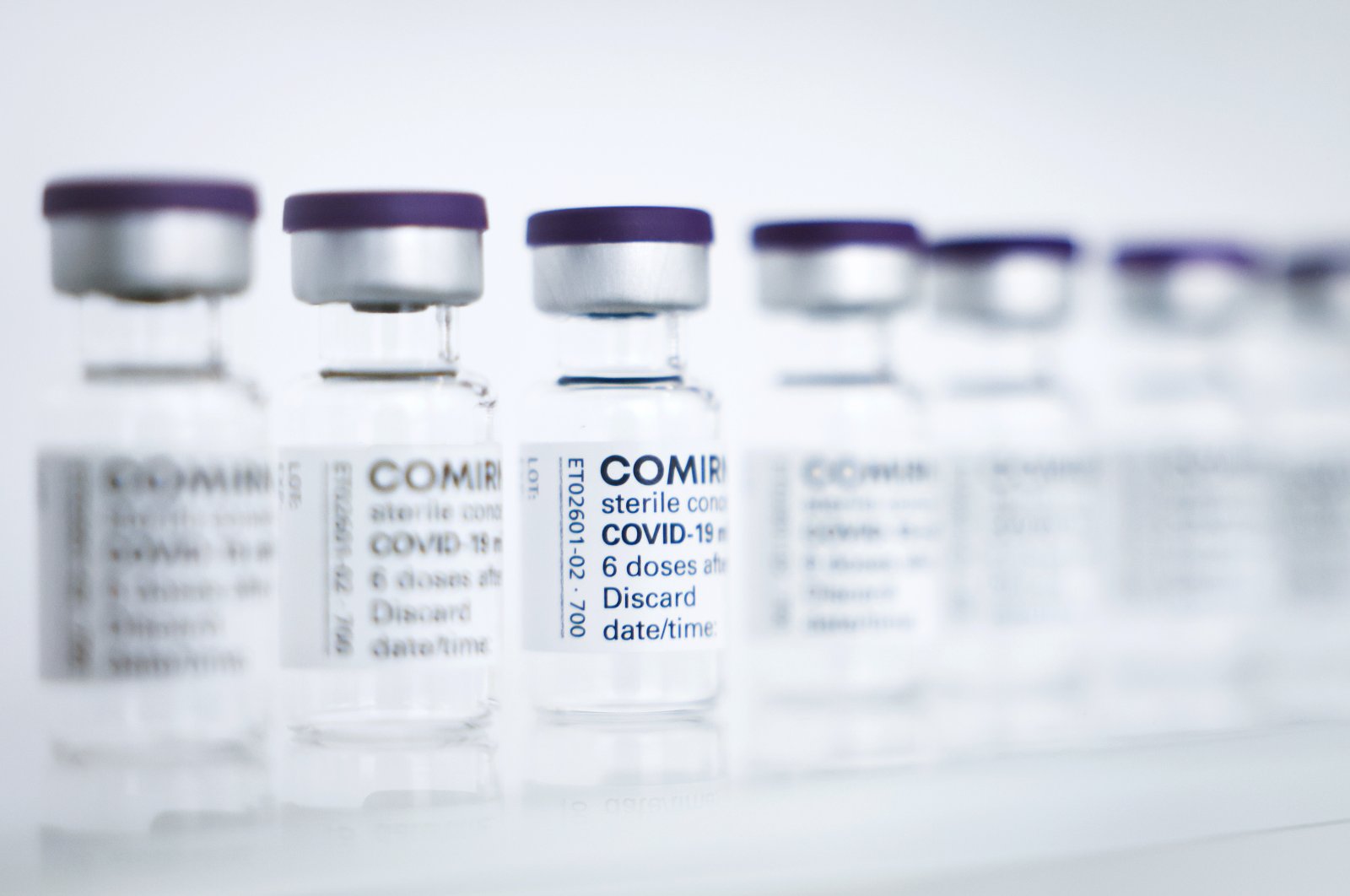 Vials for the Pfizer-BioNTech vaccine are lined up at production facilities in Reinbek near Hamburg, Germany, April 30, 2021. (EPA Photo)
by ASSOCIATED PRESS May 08, 2021 1:32 pm
RECOMMENDED

The European Union cemented its support for Pfizer-BioNTech and its novel COVID-19 vaccine technology Saturday by agreeing to a massive contract extension for a potential 1.8 billion doses through 2023.

The new contract, which has the backing of the EU member states, will entail not only the production of the vaccines but also making sure that all the essential components being sourced from the EU.

The European Commission currently has a portfolio of 2.3 billion doses from half a dozen companies. “Other contracts and other vaccine technologies will follow,” von der Leyen said in another Twitter message.

Saturday’s announcement also underscores the confidence the EU has shown in the technology used for the Pfizer-BioNTech vaccine, which is different from that behind the Oxford-AstraZeneca vaccine.

The active ingredient in the Pfizer-BioNTech shot is messenger RNA, or mRNA, which contains the instructions for human cells to construct a harmless piece of the coronavirus called the spike protein. The human immune system recognizes the spike protein as foreign, allowing it to mount a response against the virus upon infection.

America’s Pfizer and Germany’s BioNTech have already said that they would provide the EU with an extra 50 million doses in the second quarter of this year, making up for faltering deliveries of AstraZeneca.

In contrast to the oft-criticized Anglo-Swedish AstraZeneca, von der Leyen has said that Pfizer-BioNTech is a reliable partner that delivers on its commitments.