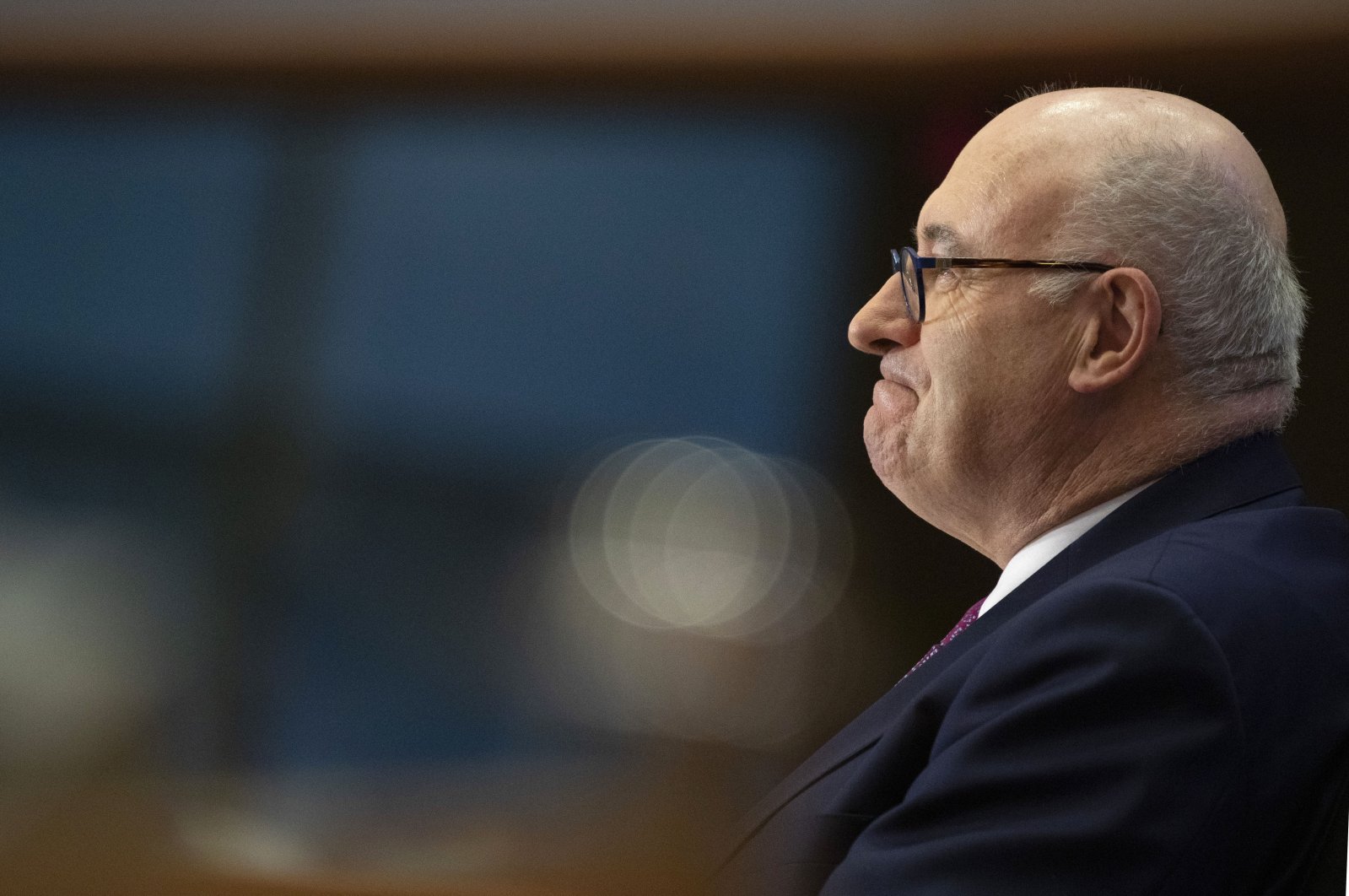 In this Monday, Sept. 30, 2019 file photo, European Commissioner-designate for Trade Phil Hogan answers questions during his hearing at the European Parliament in Brussels. (AP Photo)
by Agencies Aug 26, 2020 10:03 pm
RECOMMENDED

The European Union’s Trade Commissioner, Phil Hogan, announced his resignation late Wednesday after he became embroiled in a controversy over a recent trip home to Ireland and questionable adherence to COVID-19 rules.

The move will force the EU's executive office into a reshuffle in the midst of the pandemic crisis.

"This evening I have tendered my resignation as EU Trade Commissioner," Hogan said in a statement.

"It was becoming increasingly clear that the controversy concerning my recent visit to Ireland was becoming a distraction from my work," he added.

Hogan attended a golf dinner last week that outraged the Irish public and led to the resignation of an Irish minister and the disciplining of several lawmakers. He had insisted on Tuesday he had adhered to all rules during the trip.

Hogan holds an important position in the bloc's executive commission, as he is the key person dealing with international trade issues, like commercial agreements with the United States or future relations with Britain, which officially left the EU on Jan. 31.

The scandal was fueled further by changes in Hogan’s account of his actions, as he issued a series of statements about his travel and adherence to the rules Ireland had imposed.

Hogan's detailed memorandum to von der Leyen sparked renewed allegations that he violated Irish quarantine rules after he returned to the country from Brussels last month. Ireland requires anyone returning from a country with high levels of COVID-19 to self-isolate for 14 days.

Hogan said he returned to Ireland on July 31, filled out the required passenger locator form and self-isolated until Aug. 5, when he went to a hospital for an undisclosed medical procedure. Hogan said he stopped self-isolating after being discharged on Aug. 6 because he tested negative for COVID-19 during the hospital stay.

Hogan said he believed this was appropriate based on advice posted on the government-sponsored Citizens Information website. But the government website says people returning from any country that isn’t on the government’s "green list” should self-isolate for the full 14 days, regardless of testing.

"I was tested free of COVID-19," Hogan said during a 20-minute interview with the state broadcaster, RTE. "And this meant that I was no longer required to be in self-isolation or quarantine.’’

"Let me be very clear: I made a mistake by going to that event. I’m embarrassed about it. When I see all the various tragedies around the country arising from COVID regulations, I know I should not have been there. I’ve apologized for that profusely."