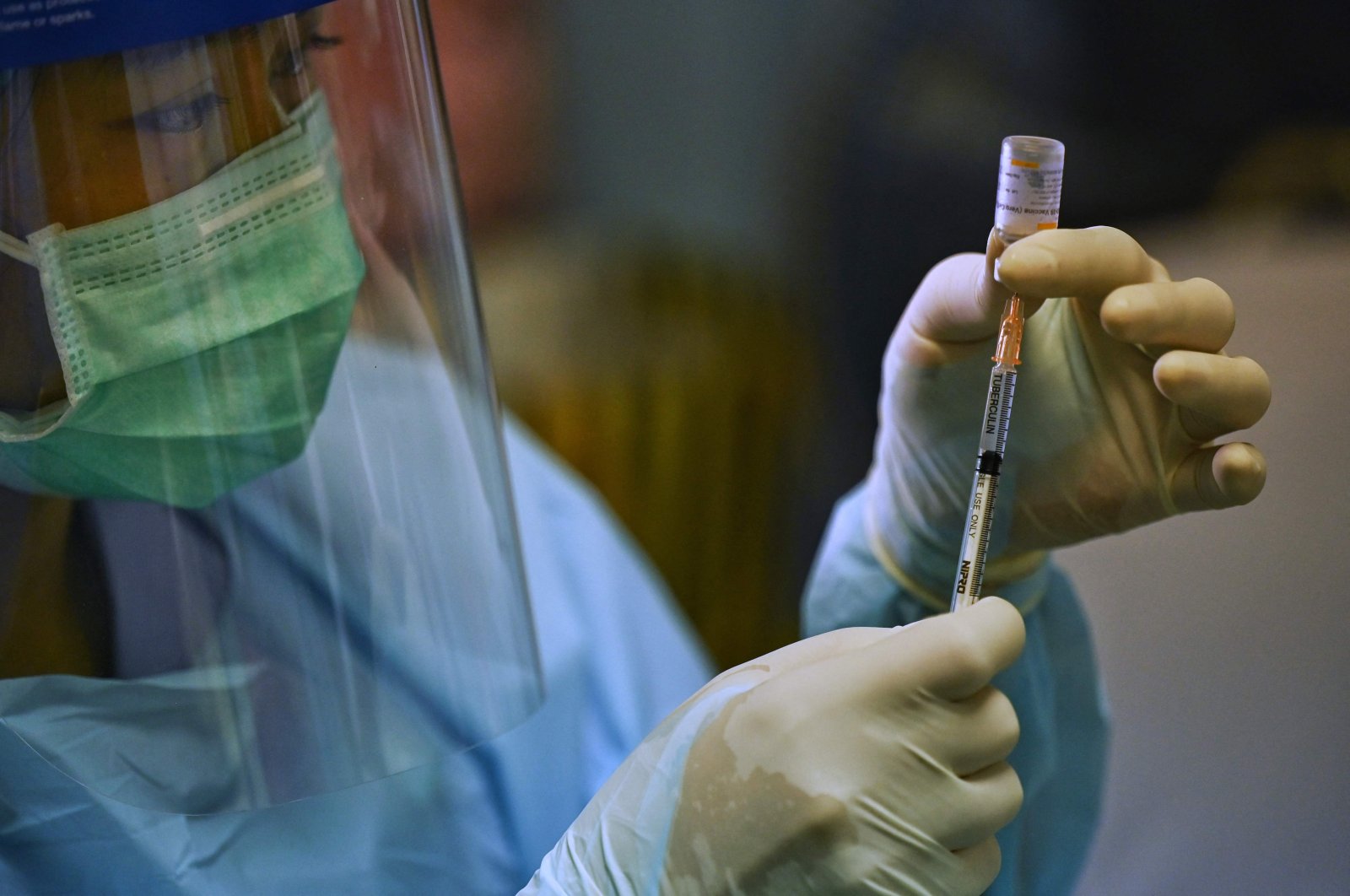 A medical staff member draw vials of the CoronaVac vaccine, developed by China's Sinovac firm, before administering it to members of the Klong Toey community, one of the areas with the highest number of positive coronavirus cases in the capital, at a school in Bangkok, Thailand, May 4, 2021. (AFP Photo)
by Agencies May 04, 2021 1:35 pm
RECOMMENDED

The top European medicine regulator announced Tuesday that it has started reviewing the efficacy and safety of the COVID-19 vaccine manufactured by China’s Sinovac.

The European Medicine Agency (EMA) human medicine committee began the rolling review of the Chinese jab based on preliminary results from laboratory and clinical studies, the EMA wrote in a press release.

The EU regulator will assess if the Chinese jab's benefits outweigh the risks, and the vaccine's compliance with EU standards on medicine effectiveness, safety and quality.

The rolling review, which was requested by the producer, is meant to prepare and eventually shorten the ordinary authorization if the pharma company officially applies for an EU marketing license.

However, the EMA said it could not predict a timeline for completing the assessment, which stands as a first step toward possible approval for use in the 27-nation bloc.

The vaccine is among the key jabs used in Turkey's mass vaccination program, along with China, Indonesia and Brazil. Sinovac's vaccine has shown efficacy rates between 50% and 90% in different studies.

In early April, Sinovac said its third production plant for its vaccine, branded CoronaVac in some regions, was ready, doubling its annual capacity to 2 billion doses. The firm said more than 200 million doses of Sinovac's vaccine have been delivered globally.

Curevac, Novavax and Sputnik V are other COVID-19 vaccines currently under review by EMA. BioNTech-Pfizer, AstraZeneca, Moderna and Johnson and Johnson are currently the manufacturers that were grantewd licenses by the EMA.

The European Commission suggested on Monday to allow non-EU citizens to travel to the bloc if they are fully immunized by an EMA-approved vaccine.

The proposal is expected to be adopted by EU member states by June the earliest.

If EMA authorizes the jabs, foreigners vaccinated by Sinovac would be able travel to the EU without further restrictions in the future.