WHO may soon approve 2 Chinese COVID-19 vaccines for use 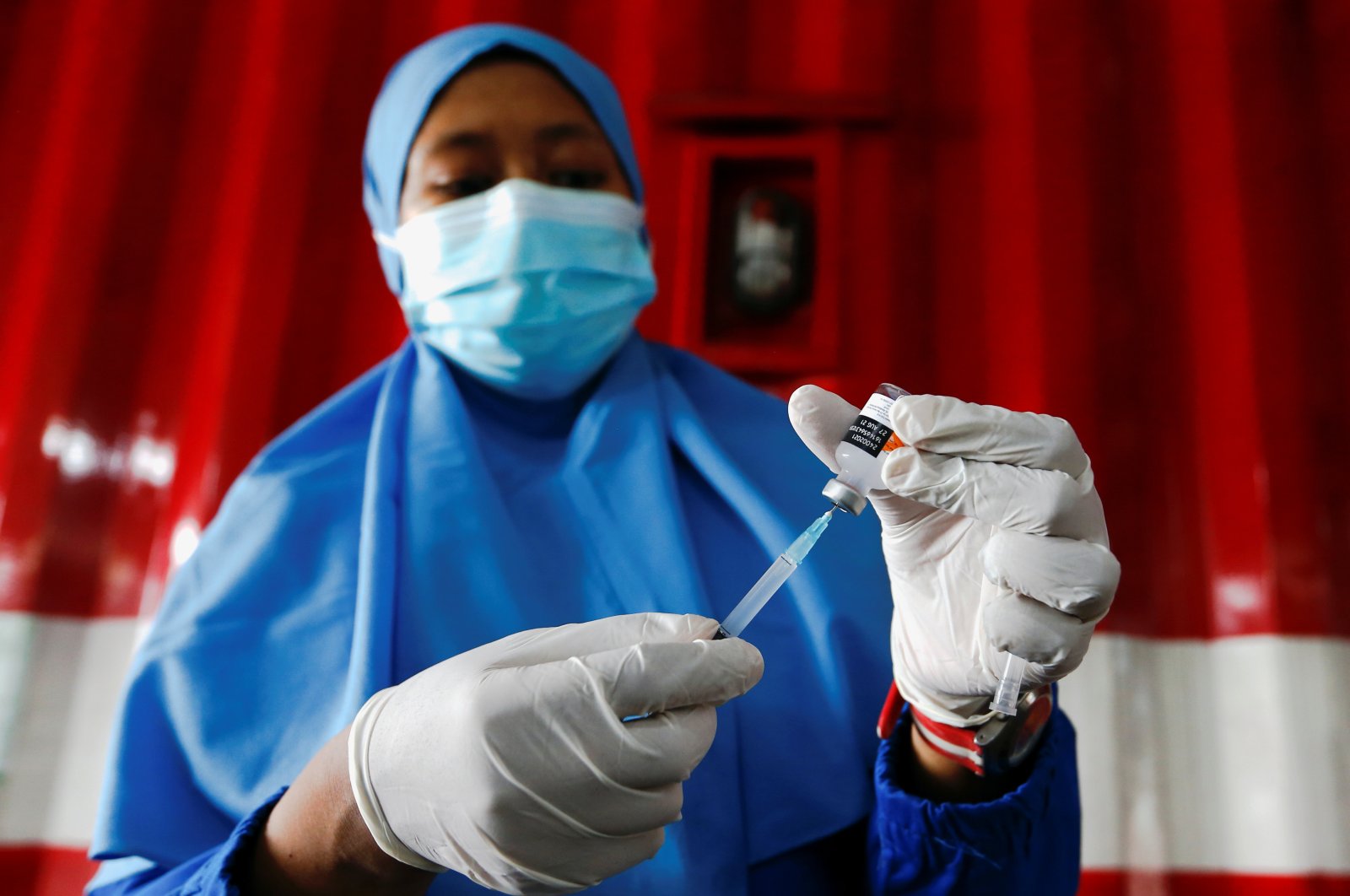 A health care worker prepares a dose of China's Sinovac Biotech vaccine for the coronavirus disease (COVID-19) at a drive-thru vaccination station, as a mass vaccination program continues in Jakarta, Indonesia, April 30, 2021. (Reuters Photo)
by Daily Sabah with AP May 03, 2021 9:03 pm
RECOMMENDED

The World Health Organization is set to decide this week whether to approve two Chinese vaccines for emergency use against COVID-19, a top WHO official says.

Such an approval would mark the first time that a Chinese vaccine had ever been granted a so-called emergency use listing from the United Nations health agency and would trigger a broader rollout of Chinese vaccines that are already being used in some countries other than China.

Mariangela Simao, assistant director-general for access to medicines, vaccines and pharmaceuticals, says some “final arrangements” remain to be made before the crucial word from a WHO technical advisory group comes on the Sinopharm and Sinovac vaccines.

“We expect that we’ll have both decisions by the end of this week,” she said.

WHO has said it expects a decision on the Sinopharm vaccine to come first, and Sinovac afterward.

“We know that some countries depend on this decision to proceed with their vaccination,” Simao said.

Sinovac said Monday that its CoronaVac COVID-19 vaccine was safe and effective in those aged three to 17 and able to trigger immune responses among children and adolescents, according to preliminary results from early and mid-stage trials.

More than 70 million shots of Sinovac’s vaccine have been administered in 18 countries and regions worldwide, including in Turkey and China. So far, 160 million doses have been supplied. China approved the vaccine's use in adults but it has not yet been used in children, because of concerns that their immune systems may respond differently to the vaccine.

The preliminary data from Phase I and II clinical trials involved over 500 people between the ages of three and 17 who received two shots of either medium or low dosage of the vaccine, or a placebo. The trials showed the vaccine would induce an immune response, Gang Zeng, the medical director at Sinovac, said at a news conference.