Extremists tried to use pandemic to spread hate, Europol says 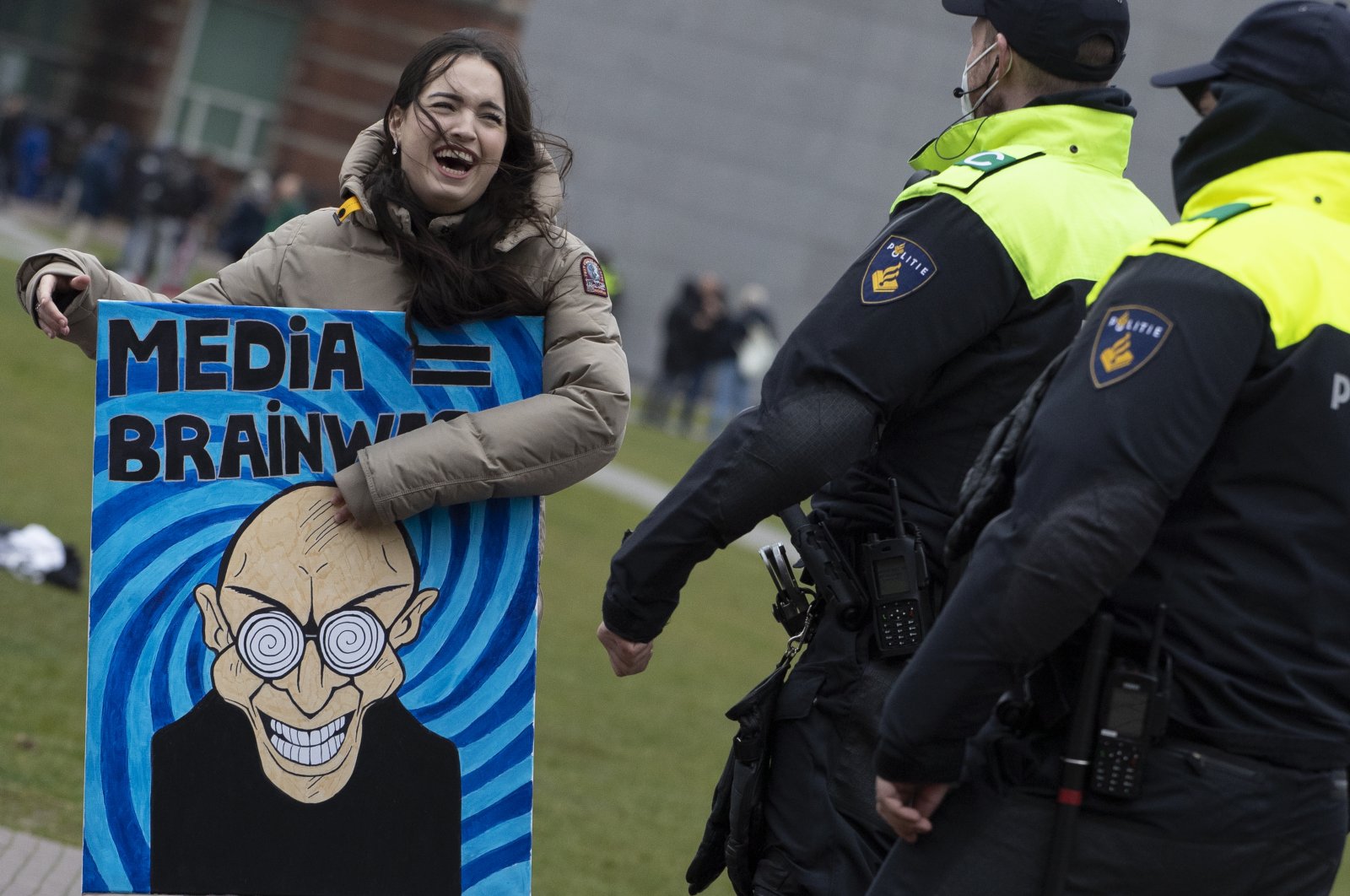 Dutch police talk to a demonstrator with a painting reading "Media = Brainwash" prior to breaking up a demonstration against coronavirus-related government policies in Amsterdam, The Netherlands, March 28, 2021. (AP Photo)
by ASSOCIATED PRESS Jun 22, 2021 3:51 pm
RECOMMENDED

Right-wing extremists tried to use the COVID-19 pandemic as a means to "spread hate propaganda and exacerbate mistrust in public institutions" last year, the European Union's police agency said Tuesday in its annual report on terrorism in the bloc.

COVID-19, and the economic crisis and social unrest it spawned, “have contributed to polarization in society, causing attitudes to harden and increasing acceptance of intimidation, including calls to commit violent acts,” the report said.

It cited the arrest in the Netherlands of a man who allegedly called for “citizen's arrests” of lawmakers and public health workers. It said violence by opponents of the Dutch government's lockdown measures included hurling stones and fireworks at one city hall and vandalizing COVID-19 test locations.

Such violence has increased this year, with a mob torching a test location in a Dutch fishing village and a blast that damaged the glass façade of a testing center north of Amsterdam in March.

“The latest report from Europol on the European Union terrorism situation illustrates that in the year of the COVID-19 pandemic, the risk of online radicalization has increased. This is particularly true for right-wing terrorism," EU Home Affairs Commissioner Ylva Johansson said.

She discussed the issue Tuesday at a meeting in Lisbon with United States Secretary for Homeland Security Alejandro Mayorkas.

Europol counted a total of 57 “completed, failed or foiled terrorist attacks” in six EU nations and 62 “terrorist incidents” in the United Kingdom in 2020, similar to the previous year that saw 119 attacks, including 64 in the U.K. The number of terrorism-related arrests in the EU fell to 449, a decrease of one-third compared to 2019.