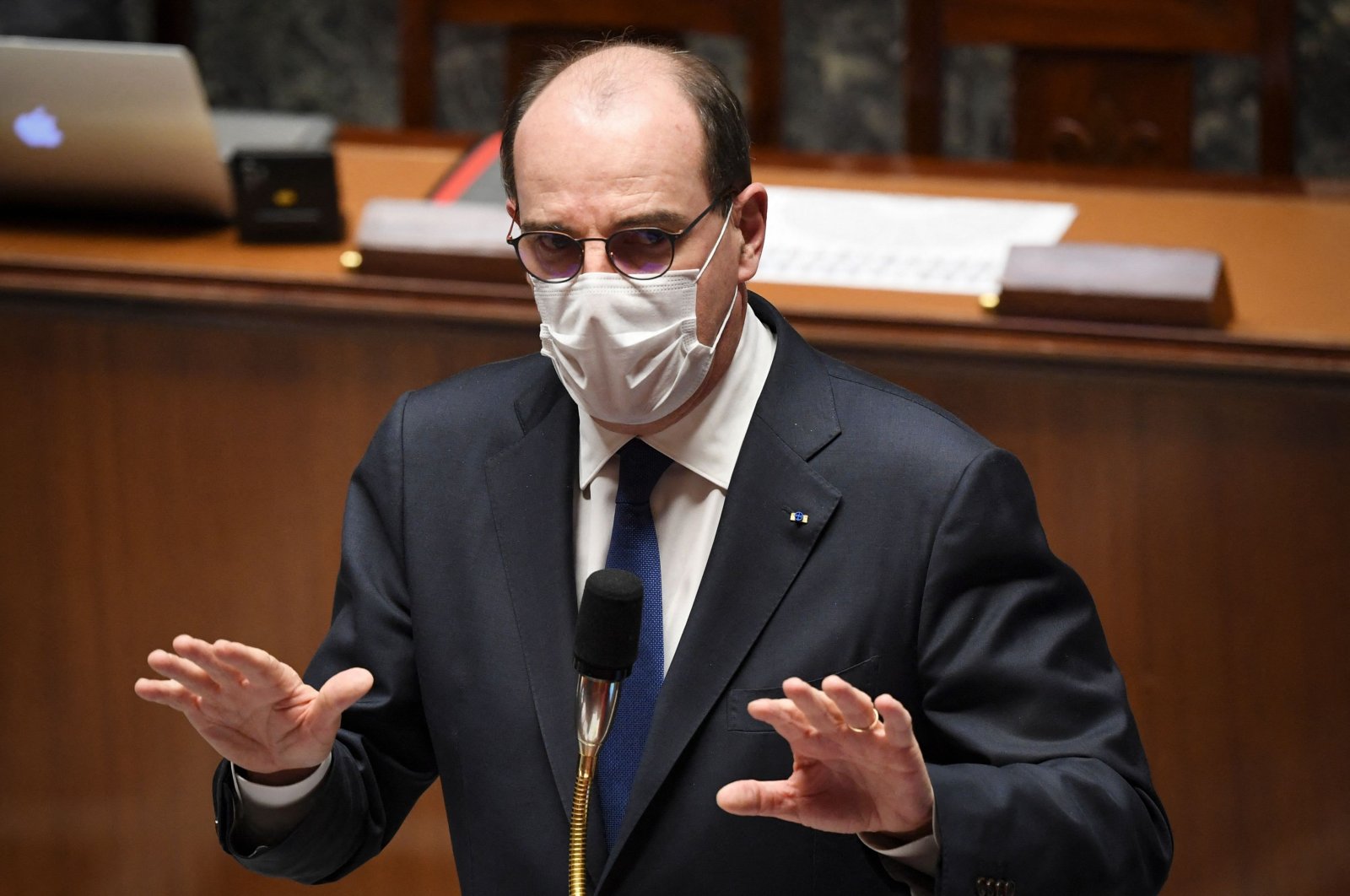 French Prime Minister Jean Castex speaks during a session of questions to the government at the National Assembly in Paris, on March 16, 2021. (AFP)
by REUTERS Mar 16, 2021 10:21 pm
RECOMMENDED

In parliament on Tuesday French Prime Minister Jean Castex announced what many had expected, that France had entered a third wave of the COVID-19 pandemic, as the seven-day average of cases surpassed the 25,000-mark for the first time since Nov. 20.

French health authorities reported 29,975 new cases on Tuesday, a 4.5% jump versus last Tuesday's total and the sharpest week-on-week rise in a month and a half.

France is grappling with a steady rise of new cases, leading to a heavy strain on the country's hospital system, which prominent health experts say can be spared only by a new lockdown.

Like other EU countries, France has lagged far behind the United States or Britain in vaccinating its population.

President Emmanuel Macron is still hoping a vaccination drive can stave off the effects of a new pandemic wave triggered by more contagious variants, and thus prevent France from resorting to a third national lockdown.

But the suspension of the use of the AstraZeneca vaccine, announced on Monday over safety concerns, could jeopardize the government's strategy.

The health ministry said there were 4,239 patients in intensive care units for COVID-19, up by 20 over 24 hours and setting a nearly four-month high. The total number of people hospitalized for the disease was up by 23, at 25,492, a high since Feb 24.

The number of people who have died went up by 408, at 91,170, the world's seventh-highest death toll. The seven-day moving average of deaths is 267.

With 4.11 million people infected since the start of the outbreak, at one point being the worst-hit country in Europe, France has the sixth-highest case count in the world.