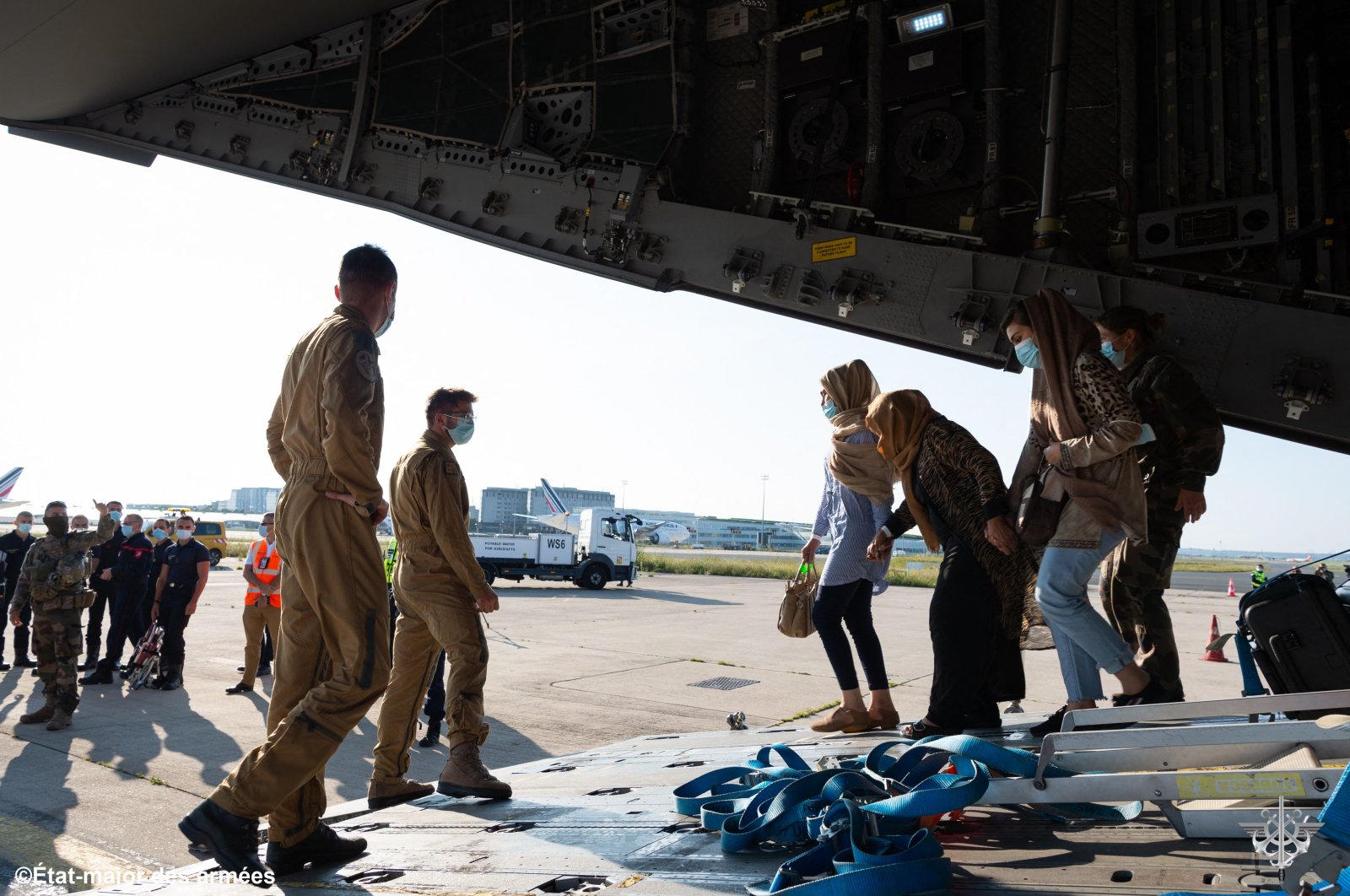 France wants to work with Britain to create a secure U.N. zone in Kabul to enable the continued evacuation of citizens and local staff after U.S. troops withdraw from Afghanistan, French President Emmanuel Macron said in comments published on Sunday.

A joint resolution to this effect is planned when the United Nations Security Council (UNSC) convenes for a crisis meeting on Monday to consider the situation in Afghanistan, Macron told Le Journal du Dimanche newspaper. U.S. troops are due to withdraw from the country by Tuesday.

After the Taliban took over Afghanistan, many countries, dependent on the security provided by U.S. forces, called for an extension to the Aug. 31 deadline to complete their evacuations, but both the U.S. and the Taliban rejected the idea.

This has left governments worldwide trying to work out how to evacuate those who remain behind after the end of their military missions.

"Our draft resolution aims to define a security zone in Kabul that would allow humanitarian operations to continue," Macron said. "That would create a U.N. framework for emergency measures and, above all, make parties' responsibilities clear and allow the international community to maintain the pressure on the Taliban."

"What we are trying to do is to be able to organize targeted humanitarian operations for evacuations that are not handled through the military airport in Kabul," Macron said. "It's about protecting these Afghans who are under threat and getting them out of the country in the coming days or weeks."

Macron said Paris was assessing whether evacuations could continue either through the civilian side of Kabul Hamid Karzai International Airport. or through neighboring countries.

On Saturday, Macron said France was in talks with the Taliban and Qatar over further evacuations from Afghanistan after the planned withdrawal of U.S. troops by Aug. 31.