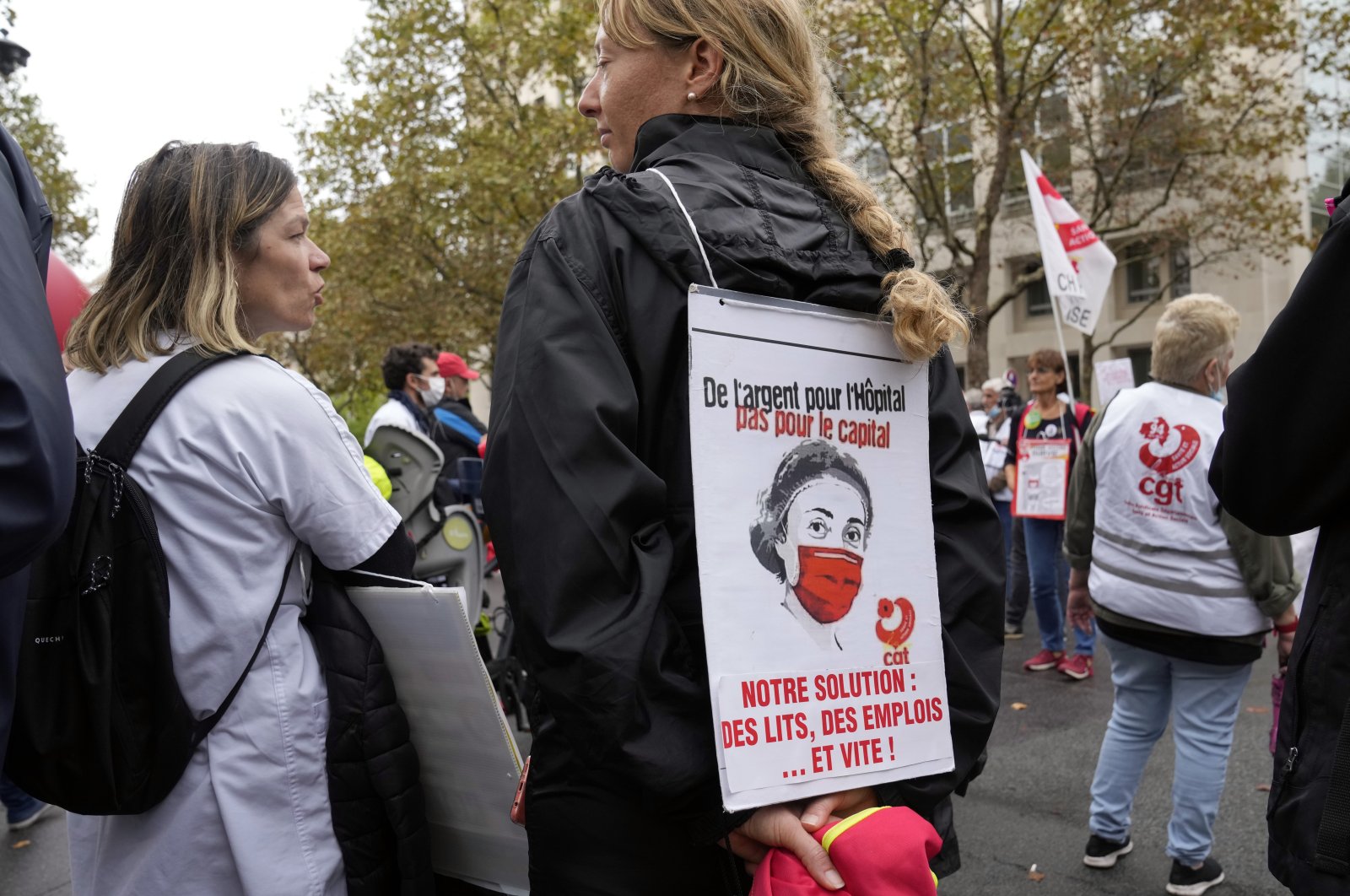 A medical worker holds a placard reading: "Money for Hospitals, Not for the Capital. Our Solution: Hospitals beds, Employees... Quickly!" during a protest gathering outside the Health Ministry, in Paris, Sept. 14, 2021. (AP Photo)
by French Press Agency - AFP Sep 16, 2021 11:55 am

French Health Minister Olivier Veran on Thursday announced the suspension without pay of thousands of health workers, who refused to get vaccinated against COVID-19 ahead of a deadline earlier this week.

"Some 3,000 suspensions were notified yesterday to employees at health centers and clinics who have not yet been vaccinated," Veran told RTL radio.

He added that "several dozens" had turned in their resignations rather than sign up for the jabs.

President Emmanuel Macron gave staff at hospitals, retirement home workers and the fire service an ultimatum in July to get at least one shot by Sept. 15 or face unpaid suspension.

Many nurses, in particular, have been reluctant to get vaccinated, citing safety or efficacy concerns, posing the risk that France's inoculation drive could stall.

France's national public health agency estimated last week that roughly 12% of hospital staff and around 6% of doctors in private practices have yet to be vaccinated.

Overall, 70% of the French have received both doses required to be fully vaccinated, which are available to everyone over age 12 – one of the highest rates in the world.

But 74% have had one dose only, suggesting that many people are holding out against the jabs despite their widespread availability.