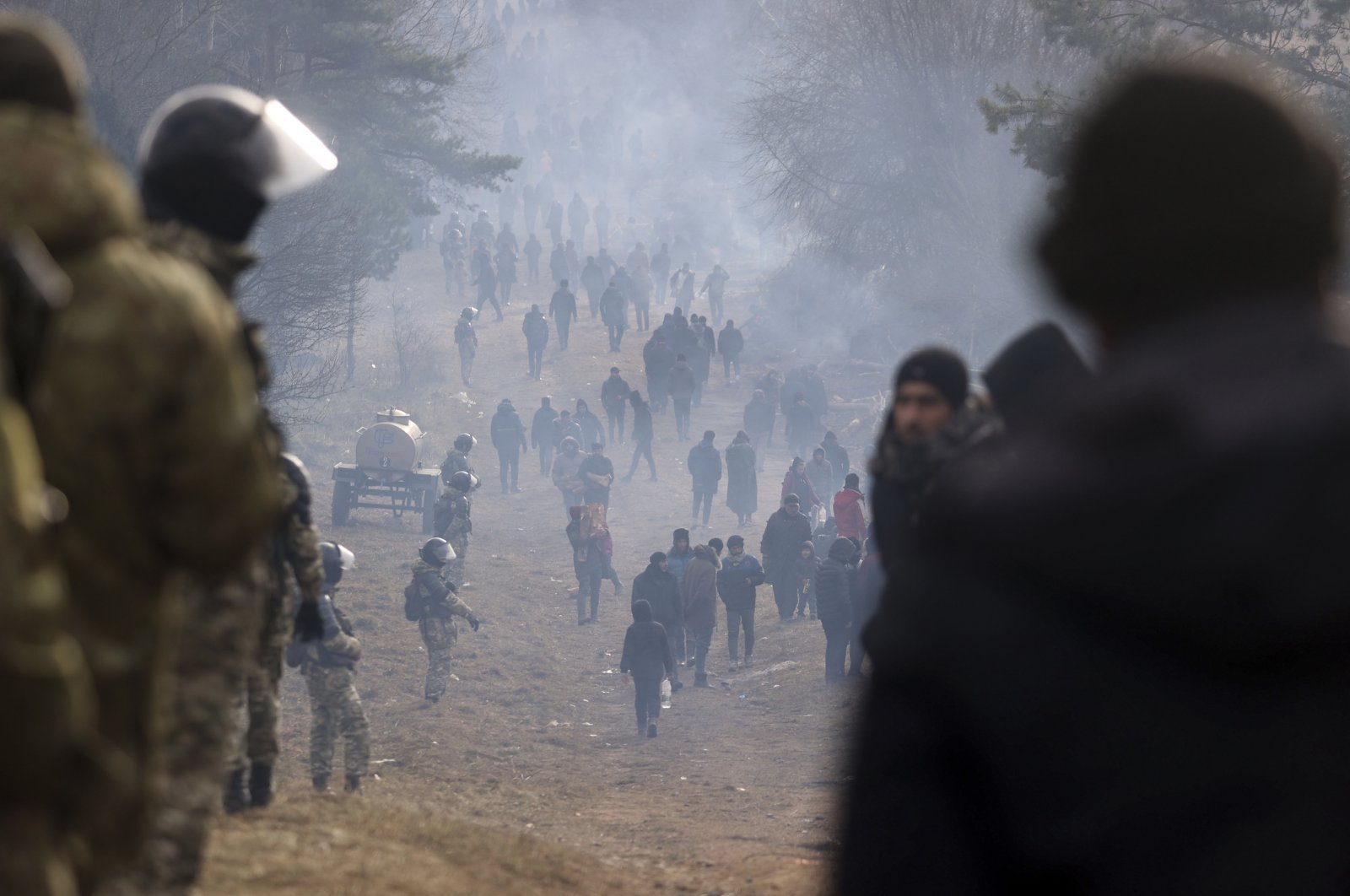 France urged Moscow to pressure Belarus's President Alexander Lukashenko to end the migrant crisis at its border with Poland in a meeting with visiting Russian ministers in Paris on Friday, the foreign ministry said.

French Defense Minister Florence Parly and Foreign Minister Jean-Yves Le Drian "encouraged Russia to mobilize its close ties with Belarus to ensure it (the migrant crisis) is brought to an end," the foreign ministry said after meeting with their Russian counterparts in Paris.

The Russian side stressed the need to resolve the problem only through "a respectful dialogue between the involved parties" and on the basis of humanitarian law.

During the meeting, Russia's Sergey Lavrov and Sergey Shoygu, France's Jean Yves Le Drian and Florence Parly paid particular attention to arms control and non-proliferation, as well as prevention of an arms race in outer space, the ministry said in a statement.

The ministers also examined the development of Russia-EU and Russia-NATO relations in the context of the need to modernize the security architecture in Europe, it added.

Discussing the situation in Ukraine, the Russian and French officials reaffirmed the need for strict compliance with the Minsk Agreement, which remains the only internationally recognized legal basis for resolving the internal conflict in this country, the statement said.

The French ministers also warned that any new threat by Russia to Ukraine's territorial integrity would have "serious consequences."

Addressing the Middle Eastern agenda, the ministers stressed the importance of the early restart of the 2015 Iran nuclear deal.

The meeting also discussed the situation in Afghanistan, the Asia-Pacific region and on the African continent, including the Sahara-Sahel region.

"In particular, the situation in Mali was touched upon, including from the angle of providing international assistance in the stabilization and fight against terrorism.

"The Russian side pointed out the right of states to determine for themselves the partners they intend to involve in the implementation of these tasks," the statement noted.