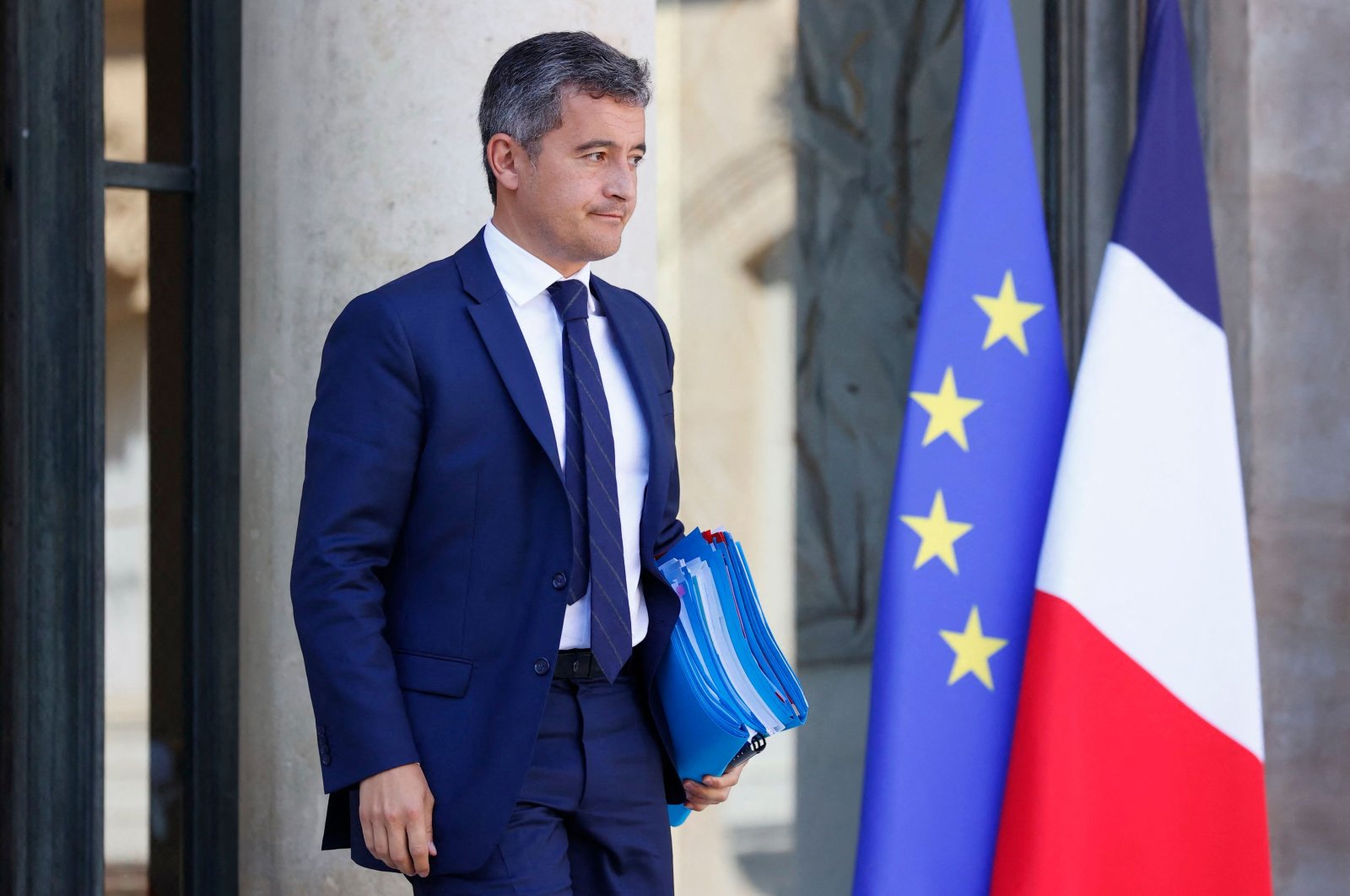 France is moving forward with its offensive campaign against the country's Muslim population, further shutting mosques and centers on the pretext of "radical propaganda," in a move that critics say promotes hate speech and Islamophobia within the nation and abroad.

One year after French President Emmanuel Macron announced the national fight against "Islamic separatism" during a speech in Lex Mureaux, Paris, Interior Minister Gerald Darmanin assumed the responsibility of taking stock of a plan that mainly targets Muslims in a country that loudly claims to be the vocal advocate for secularism, rights and freedom.

In an interview with French newspaper Le Figaro, Darmanin said Tuesday that "never French government done so much against political Islam."

"About 10 structures were dissolved in four years. That is to say three times more than under the two previous terms of office combined," Darmanin bragged. "Even before the separatism law promulgated at the end of August, this struggle was at the origin," he added.

Alongside the minister for citizenship, Marlene Schiappa, Darmanin also presented a new plan stating that France seeks to shut six more mosques and break up several associations. He added that a third of the 89 places of worship "suspected of being radical" and flagged by the intelligence services had been checked since November 2020. Of those, an action to shut down six – in five different departments across France – had been launched, he said, according to remarks carried by Agence France-Presse (AFP).

The authorities would also request the dissolution of the publishers Nawa and the Black African Defence League (LDNA), describing them as contrary to "Western values" and having "separatist tendencies," which Darmanin announced on Twitter.

He noted that the necessary steps have been taken to freeze the assets of the publishing house and detain the managers of the company.

Le Figaro newspaper also reported that the Nawa publishing house was asked to close down "due to its anti-universal, separatist and anti-Western publishing line.” Darmanin accused the managers of the publishing house, whose full name is the Nawa Center for Oriental Studies and Translation, of being connected to extremists, as Anadolu Agency (AA) reported.

On its website, Nawa publishing house describes itself as an organization that aims to "promote the human and political sciences born of Islamic heritage" and "contribute to the revitalization of these disciplines by studying the Western world and sciences, modern political ideology and doctrines."

Meanwhile, the French interior minister accused the LDNA, the organizers of a protest against police violence in front of the United States Embassy in Paris June last year, of "calls for hate and discrimination."

"In the coming year, 10 other associations are going to be the object of a dissolution procedure, four (of) them next month," he remarked.

Last week, the Council of State, France's highest administrative court, approved the government's move to dissolve the Collective against Islamophobia in France (CCIF) and Baraka City.

In October of last year, Macron unveiled a new bill that would extend the ban on religious emblems, which notably affects Muslim women who wear headscarves or veils, to private-sector employees providing public services.

In stark contrast to dissolving Muslim publishing houses and arresting their managers, Macron previously said that he will not prevent the releasing of insulting cartoons of Prophet Muhammad under the pretext of freedom of expression, a statement that sparked outrage in the Arab and Muslim world. Even though caricatures insulting a prophet are legal in France on freedom of speech grounds, it is illegal to deny the so-called "Armenian genocide," which is not recognized as such by most of the countries in the world.

Human rights group Amnesty International said in March that the new regulations "would be a serious attack on rights and freedoms in France."