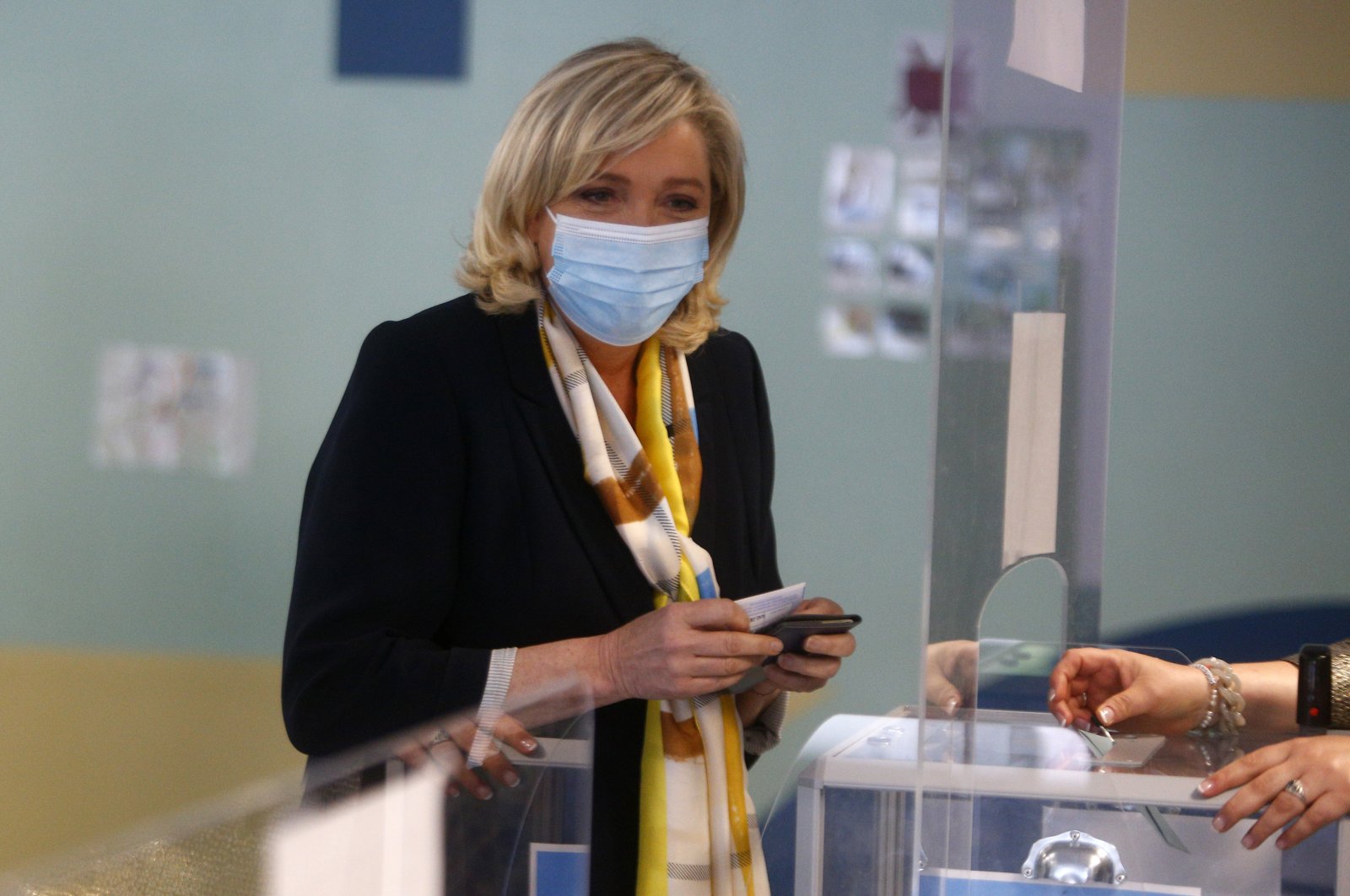 The RN candidate Thierry Mariani was ahead in the southern region of Provence-Alpes-Cote-d'Azur in the first round of voting, but he only achieved 42%, the France 2 broadcaster reported Sunday evening, citing projections by Ipsos/Sopra Steria polling institute.

The Ifop polling agency estimated that the far-right National Rally barely surpassed 20% of the vote nationally, trailing both the mainstream right and the combined weight of green and leftist candidates.

Polling agencies also said that the National Rally was roundly beaten in the southeast, in the region that had been seen as its best chance of securing a breakthrough victory in the balloting for regional councils.

If confirmed by official results, the National Rally’s failure to win any of mainland France’s 12 regions threatens to slow the momentum of its candidate, Marine Le Pen, in her campaign for the presidential election next year.

One of the projected winning candidates on the mainstream right, Xavier Bertrand, crowed that the National Rally wasn't only “stopped” in his region, the Hauts-de-France in the north, but “we made it retreat greatly.”

Although focused on local issues, and marked by the record-low turnout, the regional voting was closely scrutinized as a litmus test of whether the anti-immigration National Rally is gaining in acceptability before the 2022 presidential election.

National Rally leader Le Pen has spent a decade trying to cast off the extremist reputation that made the party anathema to many French voters in its previous guise as the National Front. A failure to win control of a region would suggest that Le Pen and her party remain unpalatable to many.

Voter interest was tepid, at best. Turnout nationwide was less than 30% by late afternoon. Among the few who cast ballots, some lamented that young voters, in particular, appeared to be squandering the last voting opportunity before the 2022 presidential poll.

“It’s shameful,” said Suzette Lefèvre, a retiree who voted in Saint-Quentin in northern France. "Our parents fought for us for this and people aren’t following suit.”

Philippe Corbonnois, another retiree who turned out in Saint-Quentin, opined that young people "maybe don’t believe in politics.”

A record-low turnout of 33% in the first round of voting on June 20 proved particularly damaging for the National Rally and Le Pen's hopes of securing a regional breakthrough to bolster her 2022 presidential campaign. The party has never won a region.

Polls had suggested that Le Pen's party had some momentum, with legitimate ambitions to win control of leadership councils in one or more of France’s 12 mainland regions.

But the apathy last week also infected National Rally voters. Only in one region, in the southeast, did the party finish first in the first round. Its candidates elsewhere were all relegated to second place or lower, with some openly abandoning all hopes of winning in round two.

The first round results marked a boost for the traditional right-wing Republicans as well as the Socialist Party, who have been squeezed after the centrist Macron surged into power in 2017 with his brand-new Republic on the Move (LREM) party.

A major question in the runoff had been whether voters would band together to keep Le Pen's party out of power as they did in the past, repulsed by her anti-immigration and anti-European Union populism and the racist, antisemitic image that clung to the National Front, which was founded by her father, Jean-Marie Le Pen.

The party dominated the first round of the last regional elections in 2015, but also collapsed in the runoff as parties and voters joined together against it.