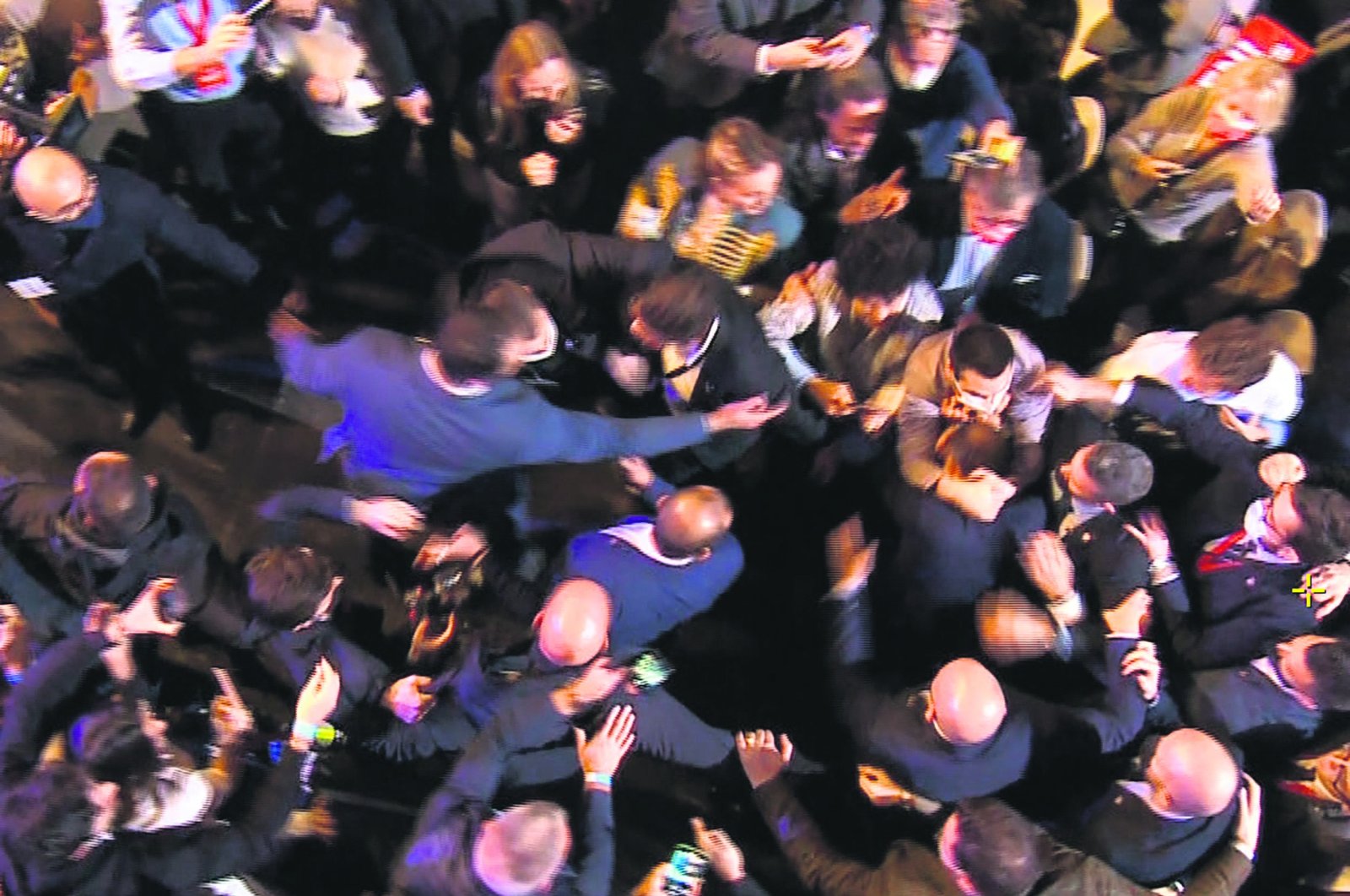 Anti-Muslim presidential candidate of the French far-right Eric Zemmour was lightly injured after being attacked at his first campaign rally on Sunday amid fighting that broke out during his speech in front of thousands of supporters.

The 63-year-old author and television commentator suffered a wrist injury when a man grabbed him by the neck before security officers intervened as he moved through the crowd to the stage at a giant exhibition center northeast of Paris on Sunday afternoon, an aide told Agence France-Presse (AFP).

French media reported on the injury and that his doctors have ordered nine days of rest.

The rally was his first official campaign event since his announcement on Tuesday that he would seek to unseat centrist President Emmanuel Macron in next April's election.

"The stakes are huge: If I win, it will be the start of winning back the most beautiful country in the world," Zemmour told the crowd in Villepinte, who cheered his anti-immigration rhetoric enthusiastically.

Shortly after he started speaking, fighting broke out and chairs were thrown at activists who stood up with "No to Racism" written on their T-shirts.

"We wanted to do a nonviolent protest," Aline Kremer from the group SOS Racisme, which organized the stunt, told AFP. "People jumped on them and started hitting them."

A crew from the popular but critical Quotidien nightly TV news show was also booed and briefly removed by security, with hostility toward the media a feature of Zemmour's and other speeches at the event.

Zemmour has repeatedly been accused of making racist statements. He said earlier in December that Muslims living in France should assimilate if they want to live in the country. Underlining that he does not "distinguish between Islamism and Islam" but rather between Islam and individual Muslims, Zemmour argued that French Muslims should assimilate and "renounce" the practice of the religion that he said "imposes a legal and political code" on them.

Police were on alert for far-left activists and anarchists who disrupted Zemmour's trip to the southern port city of Marseille last weekend, which ended with the candidate showing the middle finger to one protester.

Riot police massed outside the arena and searched people's bags as they arrived.

In Paris, police said around 2,000 people – 10,000 according to organizers – marched to denounce Zemmour's campaign.

In addition to the series of recent missteps, including the middle-finger incident, Zemmour has seen several influential figures in the far-right distance themselves from him, including his main financial backer.

Zemmour told the audience that France was facing ruin and that the very existence of the French was under threat. He called for a "fight bigger than us" for the nation's salvation.

SOS Racisme, an anti-racist organization, reported that its members had been attacked during a protest stunt held within the venue, adding that some of them were injured.

The rally was seen as a chance for the bestselling author to regain momentum after opinion polls showed support for him falling over the last month.

"We're hoping that by announcing his candidacy and with this rally that it will relaunch him a bit," said Maxence Mike, a 22-year-old student member of the "Generation Z" support group.

Zemmour, who has two convictions for hate speech, claimed there were 15,000 people at the rally, although organizers had previously talked of 12,000.

The latest surveys suggest he would be eliminated in the first round if the election were held now, with Macron tipped to beat Le Pen in the second round, but analysts warn that the outcome remains highly uncertain.

Zemmour vowed that if elected he would reduce immigration to almost zero, dramatically tighten the naturalization process, and expel failed asylum-seekers and illegal immigrants.

He again stressed the danger of French people being "replaced" by immigrants, echoing a theory known as the "great replacement" that is popular with white supremacists.

The idea was on many supporters' minds.

"You just need to go out in the street to see it," Helena, a 60-year-old civil servant from the Paris suburbs, told AFP at the rally. "When I take public transport I barely hear anyone speaking French."

Fabrice Berly, a 54-year-old photocopier technician also from the Paris suburbs, said he no longer recognized his neighborhood as the same place he grew up in. "I can see the replacement going on around me," he said.

Jacques Ohana, a 65-year-old Paris surgeon, said Zemmour had already succeeded in making immigration one of the main topics of the election campaign.

"Whether he's elected or not, he's already won the campaign," he said.

France's right-wing Republicans party picked the boss of the Paris region Valerie Pecresse as its nominee on Saturday after a primary dominated by talk of immigration and crime.