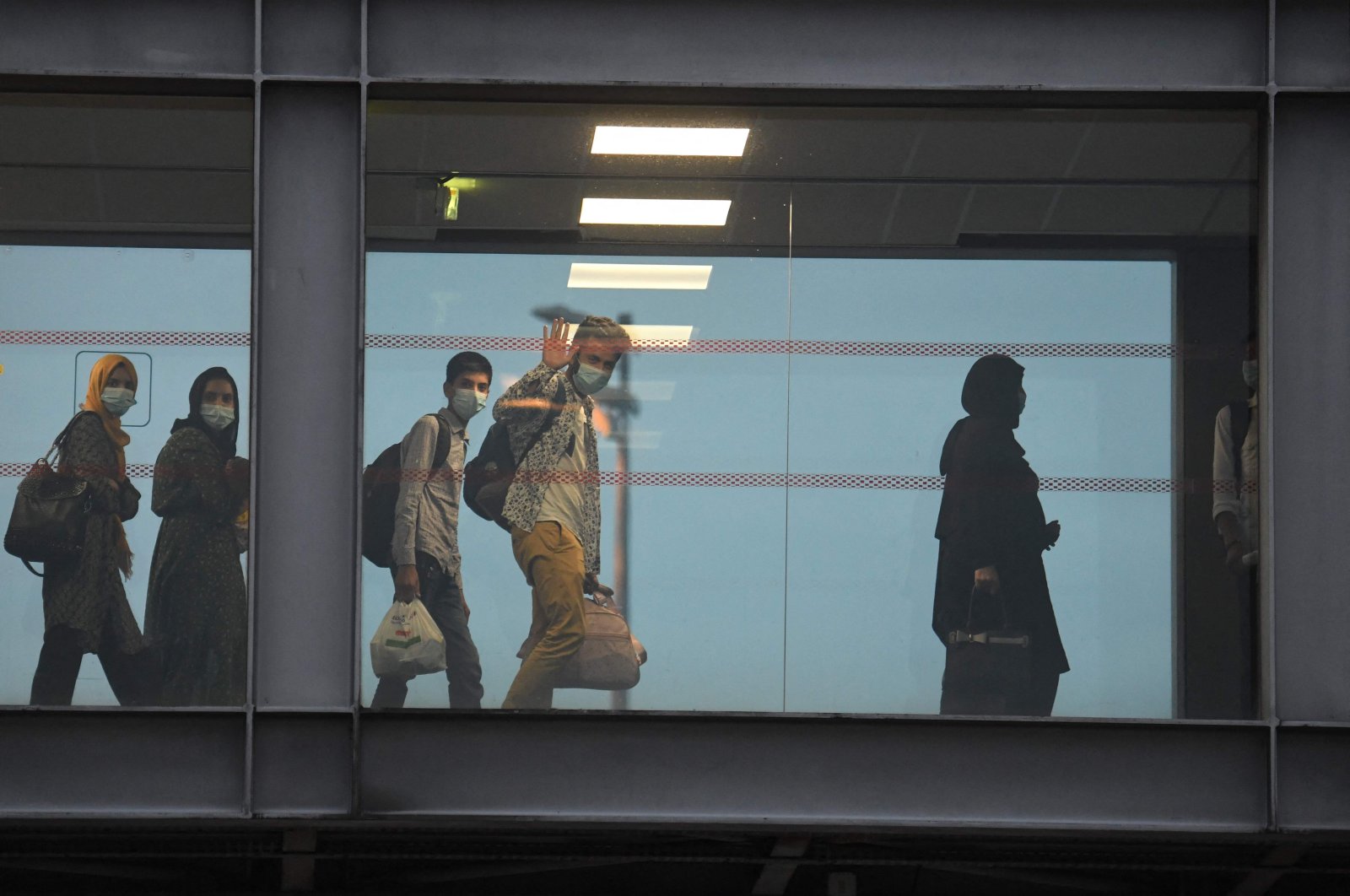 Mayors of 11 French cities said they are ready to welcome refugees from Afghanistan and urged the government to show solidarity in the wake of the Taliban takeover.

Several mayors belonging to left-wing and socialist parties posted their stance on social media to display urgent solidarity and humanity to Afghan nationals facing danger from the Taliban.

The posts were in response to President Emmanuel Macron's speech on Monday where he spoke about the need to protect Europe from the "flow of irregular migrants" emanating from the crisis in Afghanistan.

His remarks led to outcry and criticism from the left and socialist parties.

Bordeaux's Mayor Pierre Hurmic said he wrote to the French Foreign Ministry and is committed to welcoming several Afghan families.

"Our city, like many others, is mobilized in this effort of international solidarity, which must be coordinated at national and European level," he said.

Gregory Doucet, mayor of Lyon, the second-largest city in France, said his metropolis was ready to respond to France's duty to humanity and to welcome Afghans who seek refuge. He tagged Macron's Twitter handle and added: "We have the capacity to welcome with dignity."

Mathieu Klein, mayor of Nancy, and Chaynesse Khirouni, president of the Meurthe-et-Moselle department, said they wrote to Macron about the availability of their territory "to provide shelter to children, women and men" who are in danger.

"There is an urgent need to act and we collectively have the duty and means to do so," they said in a joint statement.

Benoit Payan, the mayor of Marseille, said the history of his city "merges with that of the persecuted, the hunted, the starving, who came here to survive and then live." Those coming from Kabul will "always have a place in our city."

The mayors of Laval, Clermont Ferrand, Besancon, Tours, Strasbourg and Rouen also evoked the long-standing hospitable tradition of their cities in welcoming those in need and providing protection, while assuring that they would play a part in aiding refugees.

But not everyone is ready to accept refugees facing death and hardship in Afghanistan.

Nice Mayor Christian Estrosi and Louis Aliot of Perpignan, which have a large base of far-right voters, said they do not want to receive Afghan refugees.

"Our city has been the victim of terrorism in recent years in a considerable way, let's put in place a migration policy with quotas," Estrosi told RTL news on Wednesday.

Nice was the site of two terror attacks in the last five years when a truck mowed down and killed 86 pedestrians at Promenade de Anglais celebrating Bastille day in July 2016, which the Daesh terror group claimed responsibility for. And in October 2020 when three people were fatally stabbed at a cathedral.

Aliot cited a lack of resources to manage more refugees when "we are unable to manage the migrants who already populate our streets and saturate our emergency accommodation."

Jerome Riviere, member of the European Parliament representing the party, said the Macron government will put "France in danger" if it "lets in thousands of Afghan migrants, especially men, few or no women, and in a few months we will discover terrorist cells there."