G-7 stands in solidarity against Russia over Ukraine crisis 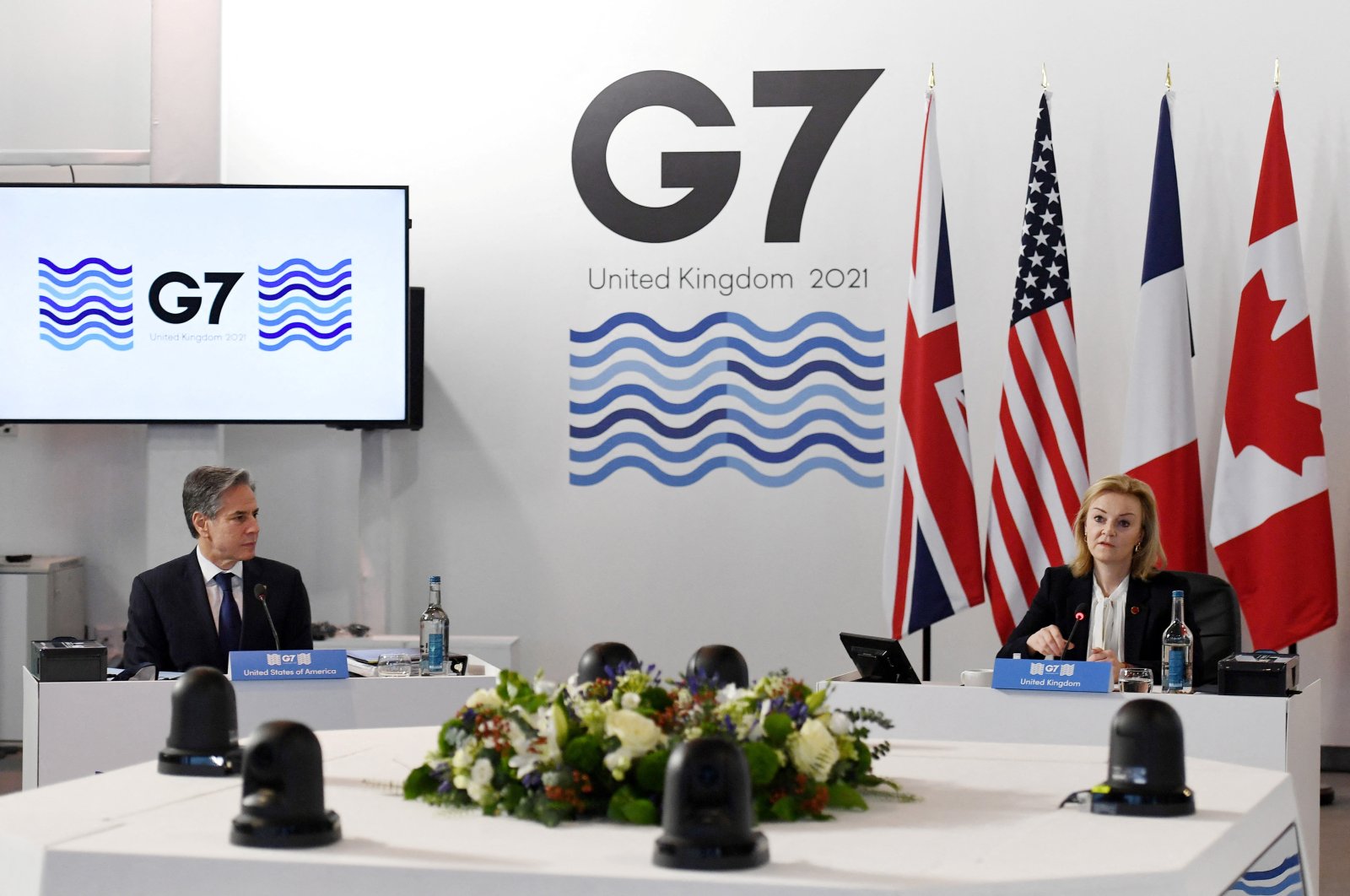 The world's wealthiest democracies on Saturday sought to present a united front against Russian aggression toward Ukraine as Britain hosted a meeting of foreign ministers in the northern English city of Liverpool.

The G-7 meeting, attended in person by U.S. Secretary of State Antony Blinken and his counterparts from France, Italy, Germany, Japan and Canada, comes amid international concern that Russia could invade Ukraine. Russia denies planning any attack.

Ahead of the formal discussions, British foreign minister Liz Truss met Blinken on Friday night where they expressed deep concern about the build-up of Russian troops on Ukraine’s border, Britain's foreign office said in a statement.

Any incursion by Russia "would be a strategic mistake for which there would be serious consequences," the foreign office added.

"We need to come together strongly to stand up to aggressors who are seeking to limit the bounds of freedom," Truss told foreign ministers at the start of the meeting.

Ukraine is at the center of a crisis in East-West relations as it accuses Russia of massing tens of thousands of troops in preparation for a possible large-scale military offensive.

Russia accuses Ukraine and the United States of destabilizing behavior and has said it needs security guarantees for its own protection.

Ministers arrived at the Museum of Liverpool to a brass band playing Christmas carols before convening the first formal meeting session, which will look at geopolitical issues including nuclear talks with Iran and the military buildup in Iran.

"What the G-7 meeting this weekend ... is about, is about a show of unity between like-minded major economies, that we are going to absolutely be strong in our stance against aggression, against aggression with respect to Ukraine," Truss told reporters ahead of the talks.

Britain, as the current chair of the G-7, is calling for its members to be more strident in their defense of what it calls "the free world."

Earlier this week Truss said the "age of introspection" for the West was over and it needed to wake up to the dangers of rival ideologies. She has highlighted the economic risks of Europe's dependence on Russian gas and the wider security threat posed by Chinese technology as examples.

The G-7 meeting is also expected to result in a joint call for Iran to moderate its nuclear program and grasp the opportunity of ongoing talks in Vienna to revive a multilateral agreement on its nuclear development.

Both Truss and Blinken stressed the need for Iran to engage in the talks, according to the foreign office statement.

Germany, which takes over the rotating G-7 leadership from Britain next year, is expected to set out its program for 2022 at the meeting. Ministers from the European Union, Australia, South Korea and India will take part in some sessions as guests of the G-7, along with representatives from the Association of Southeast Asian Nations (ASEAN).