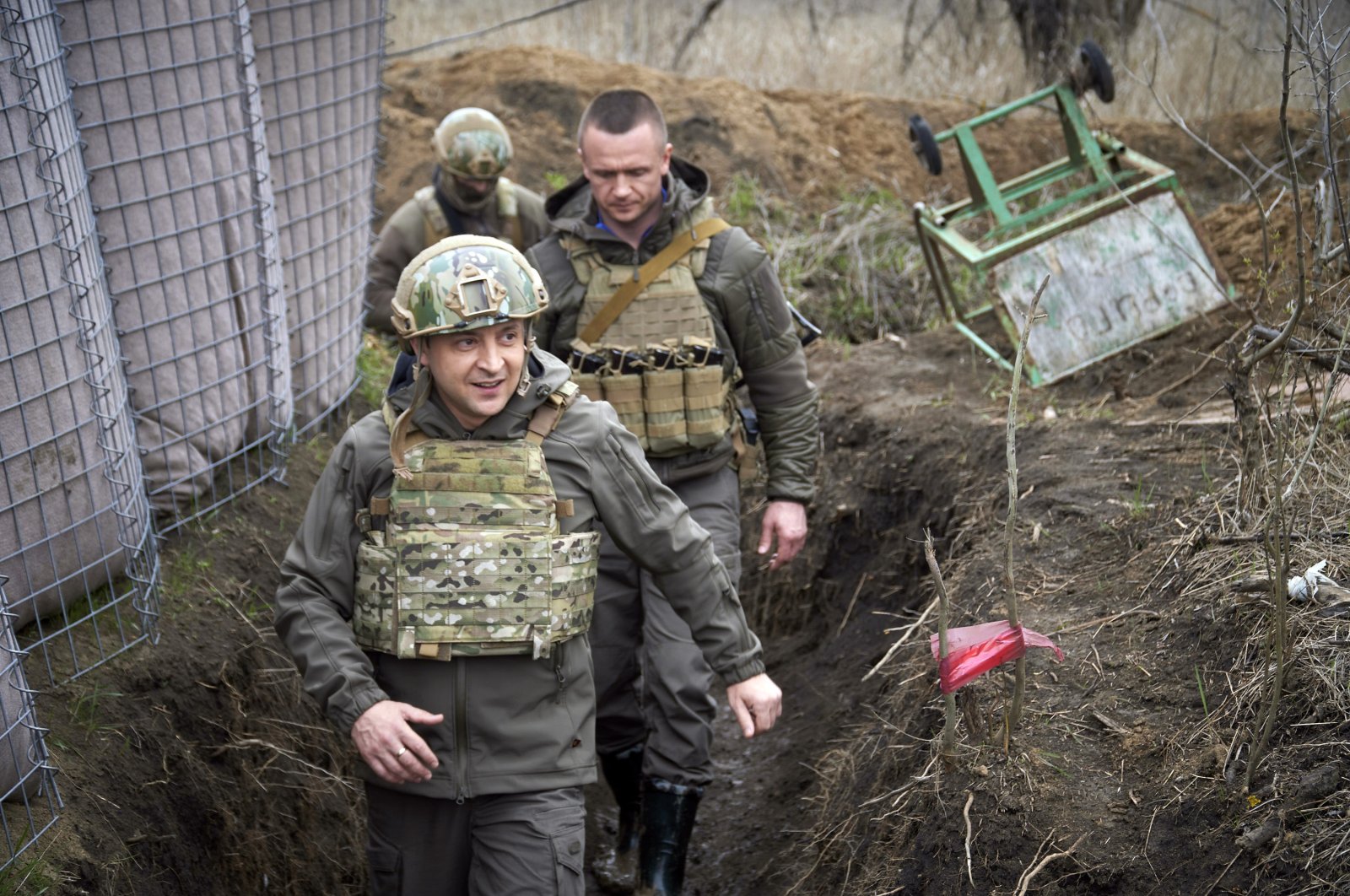 German Foreign Minister Heiko Maas on Tuesday dashed Ukrainian President Volodymyr Zelenskyy's hopes of Germany supplying weapons to Ukraine amid Kyiv's ongoing dispute with Russian-backed separatists.
Maas said he was convinced the conflict in eastern Ukraine could only be resolved on a political level. This was also the guideline of Germany's involvement in the conflict, the minister said during a NATO conference in Brussels.
"Weapons deliveries won't help with that," he said.
Maas added that, since 2014, Germany has provided almost 2 billion euros ($2.45 billion) in aid for civil ventures and, together with France, continues to support the Normandy format of negotiations to mediate between Ukraine and Russia in the conflict.
In comments to the Frankfurter Allgemeine Zeitung newspaper published on Tuesday, Zelenskyy had asked for weapons deliveries, reopening a discussion that led to recriminations among members of Germany's Greens Party last week.
"Germany has not given us any military aid, but it could," Zelenskyy said. He noted that Ukraine could use missile-launching speedboats, patrol boats, assault rifles, radio equipment and armored military vehicles.
He said he was grateful for Germany's support, but would have liked more.
Ukraine has been involved in a hot-and-cold dispute with Russian-backed separatists in its east for years. Tensions were heightened in recent months as Russian troops assembled near the border, though they seem to have since pulled back.
Robert Habeck, a leading figure in Germany's Green Party, recently traveled to Kyiv and spoke of the country's need for "defensive weapons."
"Habeck understood," said Zelenskyy in his interview.
But Habeck's comments led to bickering last week within his party, which is traditionally opposed to foreign ventures. Habeck walked back his comments a day later, and said he was more focused on non-offensive weapons, like night vision devices, reconnaissance drones and medical supplies.
German export rules don't differentiate between offensive and defensive weapons.
Other German politicians have slammed Habeck's comments, saying they showed a lack of understanding about geopolitical realities and raised questions about the Greens' readiness for higher office. According to current polls, the Greens have a decent chance of being part of the next federal ruling coalition.