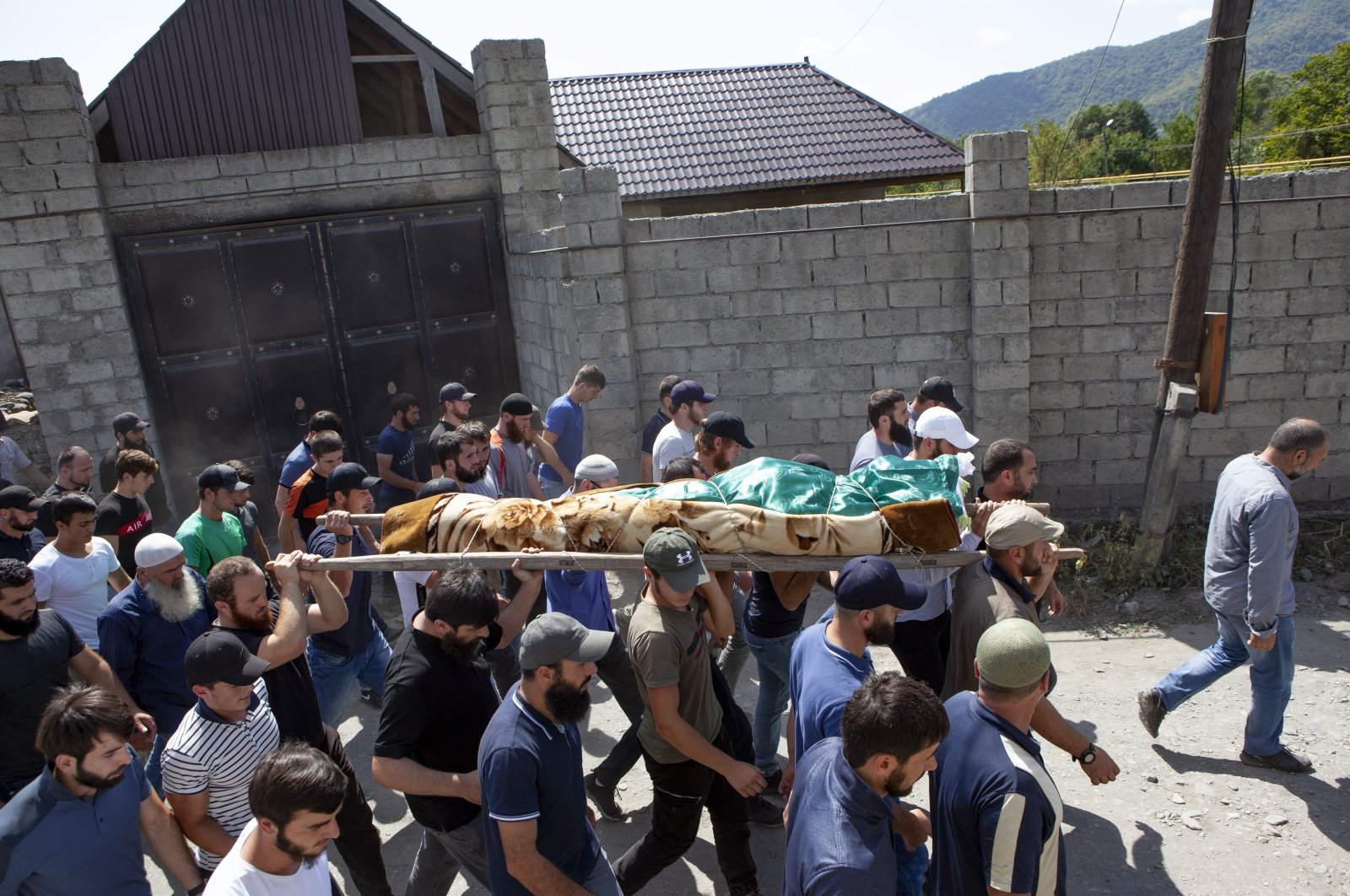 A Berlin court convicted a Russian man Wednesday of a killing in Germany’s capital two years ago and concluded that Russian authorities ordered the slaying.

The 2019 slaying of Zelimkhan "Tornike” Khangoshvili, 40, a Georgian citizen of Chechen ethnicity, sparked outrage in Germany and inflamed diplomatic tensions between Russia and Germany. It prompted the German government to expel two Russian diplomats – and a reciprocal response by Moscow.

The Berlin regional court said in its verdict that Russian security services provided 56-year-old Vadim Krasikov with a false identity, fake passport and the resources to carry out the August 2019 hit. The Kremlin has called the allegations of Russian involvement in the Berlin killing "absolutely groundless.”

The court found Krasikov guilty of murder Wednesday and sentenced him to life imprisonment. Defense lawyers had asked the court to acquit their client, who claimed a case of mistaken identity.

Judges said Krasikov bore "particularly grave responsibility” for the slaying, meaning he will not be entitled to the automatic parole after 15 years that is customary in Germany.

The outcome of the trial could stoke fresh tensions between Germany and Russia at a time when the new government of Chancellor Olaf Scholz is trying to find its foreign policy footing with Moscow.

The victim’s relatives, who under German law were allowed to take part in the trial as co-plaintiffs, accused Russia last week of trying to "send a message” to its political enemies by killing Khangoshvili, who had claimed asylum in Germany three years earlier.

Prosecutors alleged that Krasikov traveled to Berlin under the alias Vadim Sokolov in August 2019 at the behest of the Russian government for a "state-contracted killing,” shooting the victim from behind with a silencer-fitted handgun near the Kleiner Tiergarten park.

With Khangoshvili was lying on the ground, Krasikov allegedly fired two more bullets into his head, killing him.

Witnesses saw the suspect throw a bike, a gun and a wig in the Spree River near the scene and alerted police, who quickly arrested him before he could make off on an electric scooter parked in a doorway.

Putin said after a meeting with then-Chancellor Angela Merkel months after the slaying that Khangoshvili, the victim, had been a "bandit” and a "murderer" who allegedly killed accusing him of killing scores of people during fighting in the Caucasus.

German-Russian relations took a further hit last year after Merkel intervened to fly poisoned Russian opposition leader Alexei Navalny to Berlin for medical treatment. Navalny said he was poisoned by Russian agents, which Moscow denies. After returning to his home country, Navalny was sentenced to 2 1/2 years in prison for violating the terms of his probation while convalescing in Germany.

Germany’s new Foreign Minister Annalena Baerbock has called for a tougher stance toward Russia, especially over its military buildup near Ukraine. But Scholz has called for a new "Ostpolitik” – or policy toward the east – of the kind that his Social Democratic predecessor as chancellor, Willy Brandt, pursued during the Cold War.