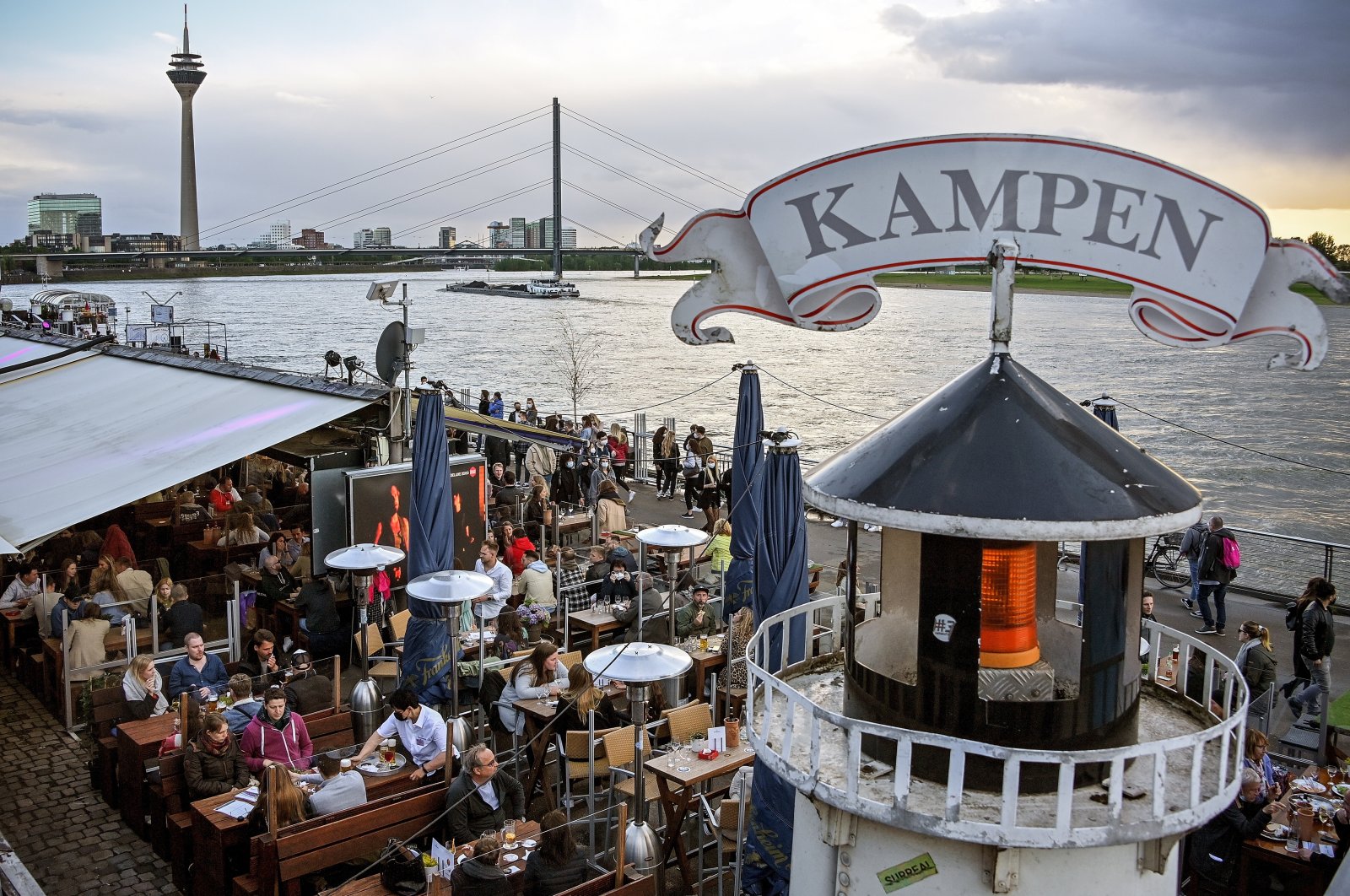 As Germany is lifting more restrictions amid the COVID-19 pandemic, the country's Chancellor Angela Merkel urged the nation to behave responsibly to avoid further shutdowns.

Beer gardens, cafes and restaurants in Berlin and elsewhere started serving customers outdoors for the first time in months on Friday – provided they present a negative COVID-19 test or a vaccination certificate.

By Friday, most of Germany’s 400 cities and counties had a weekly case number below the threshold of 100 per 100,000 inhabitants that triggered strict lockdown measures. But top officials stressed the need to remain vigilant.

"We can be glad that (infection rates) have declined so far in recent days and in the last two weeks that we can think about opening steps,” Merkel told reporters in Berlin.

"I hope that, after the long time with closures and opportunities they didn't have, that people will treat these opportunities very responsibly,” she added. "The virus has not disappeared.”

The country’s disease control agency reported 8,769 newly confirmed COVID-19 cases Thursday and 226 deaths. The country has reported 87,128 virus-related deaths since the start of the pandemic.

State authorities have pushed vigorously to reopen hospitality and tourism for the three-day weekend, despite misgivings from federal officials.

"It feels good to finally get a bit of freedom back,” said Christian Klimpke, 48, an account manager who was joined by friends at Berlin's Cafe am Neuen See beer garden.

"I lived here now exactly six months. I came here the day that bars closed, said Luke Siglmans, 29, who is originally from Amsterdam. ”So it’s amazing to finally drink a real draft German beer on a terrace. So I am really happy.”

Merkel said continuing to wear masks and observe social distancing is essential. "We must take care,” she said.

But "I believe that, with the necessary responsibility and care that hopefully many – most people – will take, we won't have to talk about having to shut down again.”

Merkel noted that there is concern about the emergence of a virus variant first detected in India, "which seems to be somewhat more aggressive” than the currently dominant variant.

The variant has been spreading in Britain. German authorities on Friday evening announced that the U.K. will be put on a list of "virus variant areas” that includes India itself and Brazil, but no other European countries, starting Sunday. That will trigger new travel restrictions.

The listing means that airlines and others will be restricted largely to transporting German citizens and residents from Britain and that those who arrive must spend 14 days in quarantine at home.

About 40% of the population in Germany has received at least one dose of the COVID-19 vaccine so far. About one in eight – more than 10 million people – have been fully vaccinated.