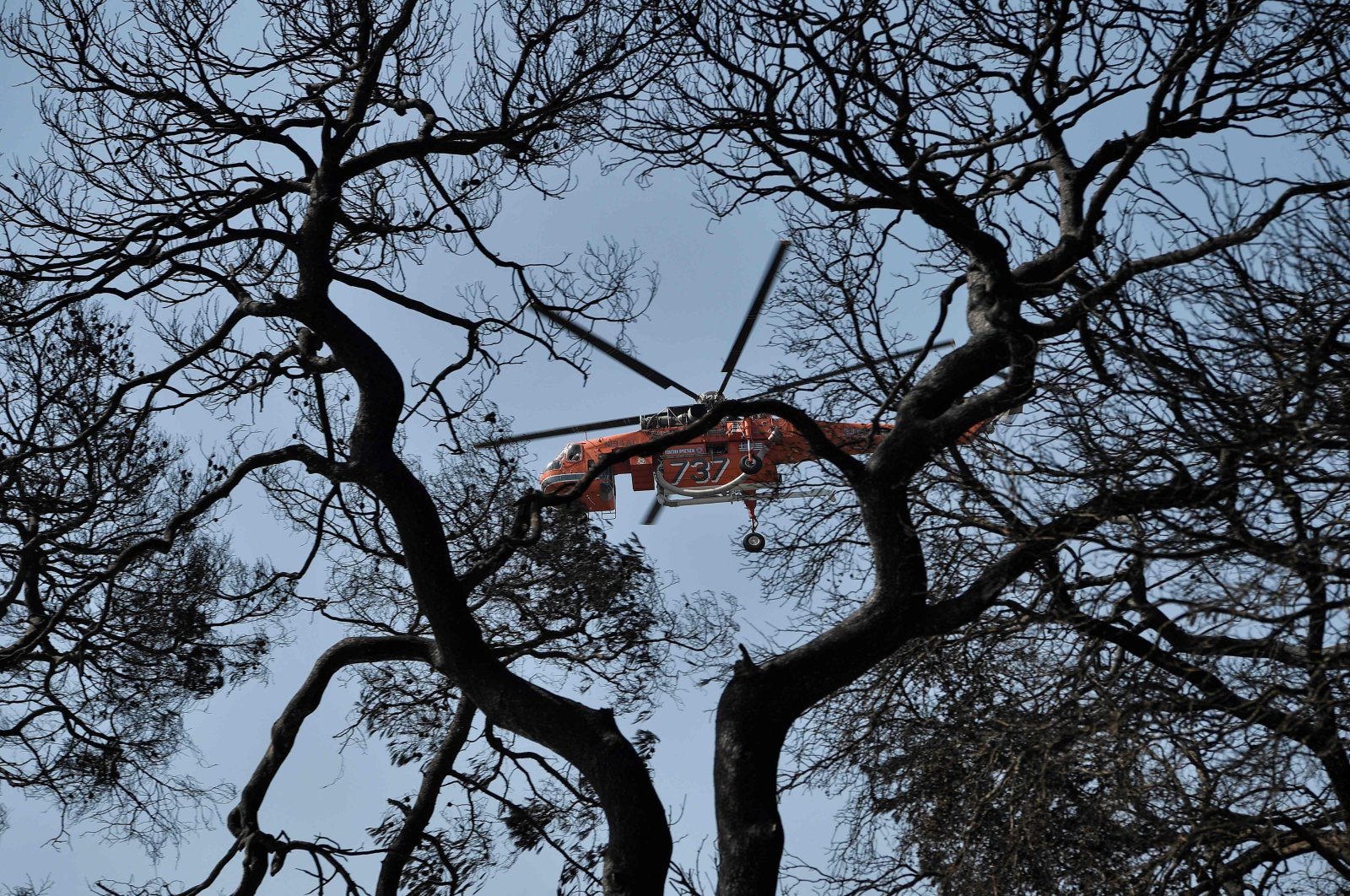 The effects of global climate change are becoming clearer as summer forest fires appear with increasing frequency and ferocity throughout the world. Shortly after forest fires started raging throughout Turkey, its neighbor Greece was also hit by the same tragedy early this Saturday.

Civil Protection Minister Michalis Chrisochoidis credited the firefighters with saving dozens of properties from the flames after visiting the site Sunday. Officials reopened roads and a major bridge in the region.

But the mayor of nearby Aigialeias, Dimitris Kalogeropoulos, called the fire "an immense catastrophe."

"There has not yet been an official assessment of the damage, but around 10 houses in the area of Ziria have burnt down, as well as farming sheds and stables – which is a lot for the residents of the region who make their living from agriculture," he told the ANA news agency.

The fire broke out early Saturday near Patras, in the Peloponnese, about 210 kilometers (130 miles) west of Athens, and officials evacuated five villages and a seaside town. Eight people were hospitalized with burns and respiratory problems.

"We've been through hell," one resident of Ziria, Giorgos Alexopoulos, told Agence France-Presse (AFP). "We were scared we would lose everything in the flames."

The seaside resort of Loggos was also evacuated, emergency services sending nearly 100 residents and tourists to the nearby city of Aigio.

The local newspaper, the Patras Times, reported that flames had destroyed around 30 houses, farming sheds and stables in the villages of Ziria, Kamares, Achaias and Labiri. Local olive groves were also destroyed in the fire, it added.

Civil Protection Minister Michalis Chrisochoidis, who visited the scene on Sunday, said the situation had improved since Saturday.

"A hundred properties have been saved thanks to the firefighters' battle against the flames," he said. "We remain cautious and will support our citizens affected by this fire."

On Saturday, officials closed a motorway in the region as well as the Rio-Antirrio bridge across the Gulf of Corinth connecting the Peloponnese and mainland Greece, ANA reported, but they were reopened Sunday.

Hospitals in Patras and Aigio were put on alert, as well as the coastguard.

According to the civil protection agency, 60 forest fires have broken out over the past 24 hours, although most were quickly brought under control.

On Sunday, 67 firefighters using 20 vehicles were battling a fresh fire that broke out on Rhodes, in the Pandanassa region, helped by three water-carrying planes and four helicopters.

Greece is hit by forest fires every summer, but experts have warned that global climate change increases both their frequency and intensity.

The country has been in the grip of a new heatwave since Friday, with temperatures hovering between 42 and 44 degrees Celsius (111 Fahrenheit), weather forecasters say.

Several days ago, a fire ravaged Mount Penteli, close to the capital Athens, but it caused no casualties.

A fire in the same area began in July 2018 that went on to claim 102 lives in Greece's worst-ever toll from a forest inferno.